Try for yourself. The small and large Oceanis from Beneteau.

Palma de Mallorca. The small and large of Benetau’s Oceanis family were the stars of the test in Balearic waters. Two projects, theOceanis 35 and theOceanis 60, which follow two different philosophies of the French shipyard: the first is another product (like the Oceanis 38) of the “three boats in one” line, a transformable hull that follows three upgrade levels, Daysailer, Weekender and Cruiser; the second, on the other hand, is a giant Blue water, with a central cockpit that looks at long cruising in comfort. 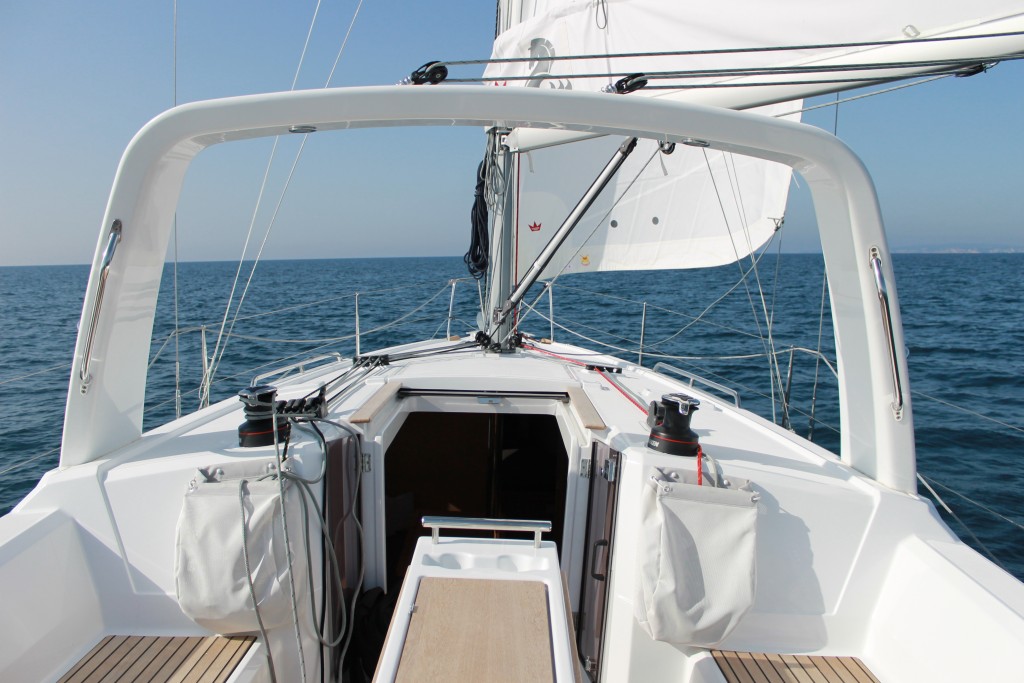 OCEANIS 35: THE BOAT THAT GROWS WITH YOU
Boat category, theOceanis 35 (Finot-Conqu hull, Nauta interior and deck) launches into the hard-fought 10-meter range, a hot testing ground for shipyards. As we have seen, the boat is available in three versions, Daysailer, the cheapest and lightest, for owners looking for a ready and easy hull for day trips, the weekender is the cruiser, which have a progressively more complete level of equipment. From the basic open space Daysailer version to the full optional cruiser version there is about 10,000 euros difference. But let us leave it to those who conceived it, Massimo Gino, owner of Nauta Yacht Studio, to explain the philosophy of this project.


The French shipyard’s entry-level hull targets a young owner, perhaps his or her first experience as an owner. What better condition than a boat that you can buy “naked” and gradually complete as you gain more experience and ( hopefully) greater economic possibilities?

I step aboard Beneteau’s ten-meter boat, and the first feature that strikes me is the presence of the roll bar (maybe a little low) with the sheet hoist attachment (there is also a rollbar-less version with the mainsail sheet fixed in the cockpit), which frees the cockpit, with center table, from the sheet and makes it more livable. The four winches are located two on the deckhouse (for the various halyards and mainsheet) and two alongside the wheels for the genoa sheets. Double wheels and double shovels aboard a 10-meter hull-this is now the trend. The rudders operate with hydraulic system (connected with autopilot): the feeling is a noticeable resistance, especially with little air. A properly sized swim platform can be opened at the stern of the wheelhouses, and there are also split backstay attachments that give free access to the aft “swim platform.”


OCEANIS 60: READY FOR A CRUISE AROUND THE WORLD? 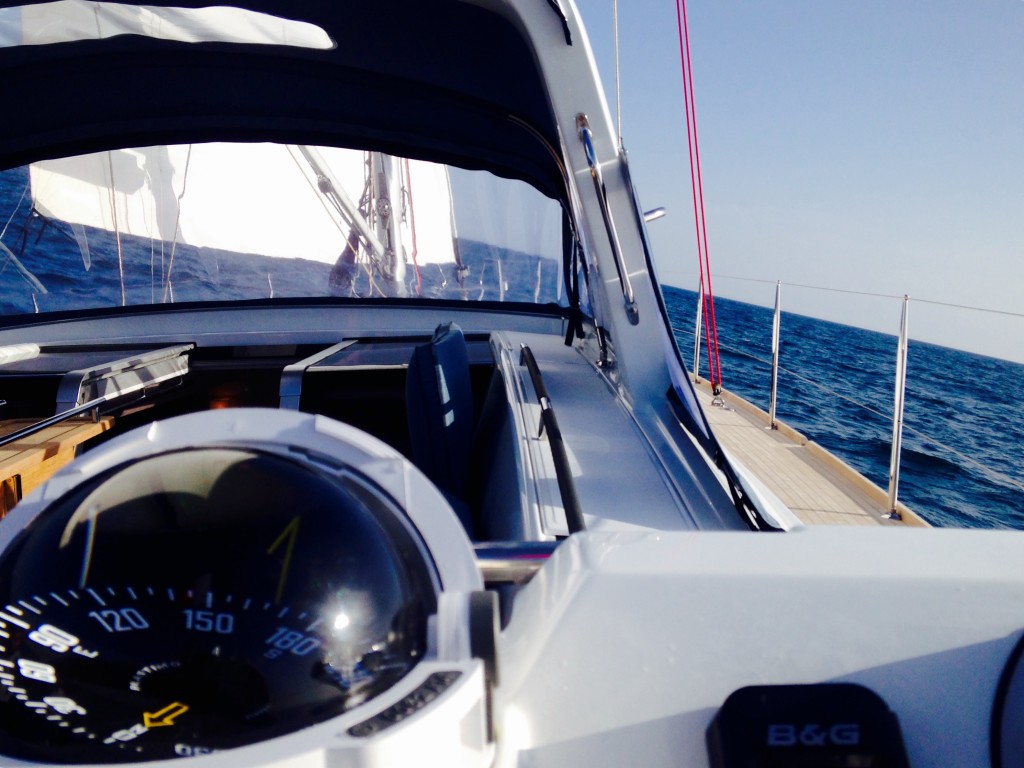 Let’s move on to the big one in the family, theOceanis 60, the Blue Water designed by Berret Racopeau, which replaces the Oceanis 58 by giving the two-foot difference to relaxation on board. In fact, behind the wheelhouses, there is space for one of the most striking new features of the new design: abeach area where you can lie comfortably on a double double cushioning to enjoy the sea and sun, below which is an automatic opening tender garage where a 2.40-meter dinghy can be placed. This boat is designed to stay aboard for long periods without feeling the lack of any amenities. Let’s start with a tour of the interior, designed by the Nauta studio, which is fully in the spirit of long sailing. One remark should definitely be made to the most aesthetically appealing choice made on board: the transparent tambour-descent that, other than filling the interior spaces with light, gives a spatial continuity between interior and exterior. Entry below deck is facilitated by a staircase with a soft 45-degree angle and really generous steps (80×20 cm). The dinette is furnished with a prominent L-shaped galley on the right complete with three electric burners, dishwasher, microwave oven, large refrigerator; in front of the kitchen is a sofa; on the right is a washing machine inside a dedicated cabinet and an additional refrigerator. Also on the starboard broadside, here is a chart table facing forward and of correct size (the likes of which have not been seen in a long time) a table where up to eight people can comfortably sit. The layout of the hull featured in the test includes three cabins and three bathrooms (but up to five cabins are planned): the large master stateroom in the bow with a dedicated bathroom and shower stall and two double cabins in the stern. The one on the left has a double-entry bathroom to make it usable from the dinette even when the cabin is closed.

Going up on deck we begin to study its details designed to sail with ease even with a small crew. The central cockpit is divided into four distinct areas and free of sheets and halyards thanks to the rollbar and all rigging that passes under the deck. Lhe guest area around the central table with comfortable benches; the rigging area in front of the wheelhouses where the jib and mainsail sheets are sent back to four electric winches; the double-wheel steering area (also on the Oceanis 60 the rudders have hydraulic system that with little air fatigues the work of the rudder a bit) is accompanied by large seats with cushions and two turrets with all electronic instrumentation (on board we had the new wirless system for autopilot control with remote control with signal up to 30 meters); aft of the wheelhouses the “new beach area” for undisturbed relaxation (again the split backstay totally frees the stern. The foredecks leave plenty of room for passage to the bow (the mainsails and jib sheet carriage are attached flush with the deckhouse), where everything is set up to choose the bow sails you prefer, from Code 0 to gennaker: the wide delphinier houses the attachment point for the asymmetrical. Self-tacking for the jib is also provided.