Not only exotic destinations, those found in this article. From the Caribbean… to the Adriatic, via Northern Europe and the United States. (The photos you see are by Mauro Melandri). Of course, choosing ten will certainly not meet everyone’s taste.

So to you the word: what is your favorite sea (or lake), the one where you absolutely must sail at least once? Write about it in the comments! 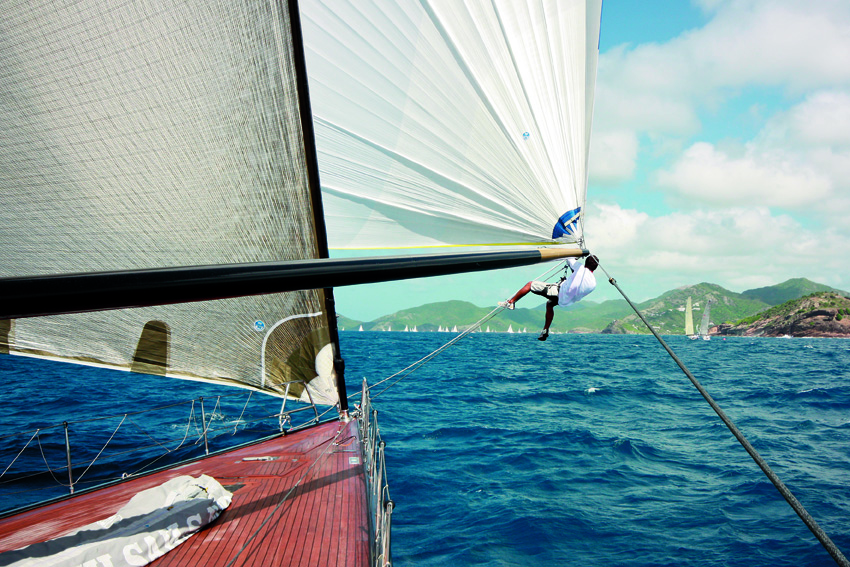 The island of 365 beaches, one for each day of the year, is one of the most beautiful destinations in all of the Caribbean, thanks first and foremost precisely to its magnificent coastline, protected by a long coral reef, but also because of the festive and worldly atmosphere there in the evenings and at night when people move from the beaches and sailboats to the many small clubs of the capital Saint John’s. Turning it around reveals the colorful Market Street market and the majestic, snow-white Cathedral erected in 1681 and a splendid example of colonial architecture. Not to be missed: a visit to Nelson’s Dockyard, the former British Navy dockyard whose brick and stone buildings now house restaurants, bars, stores and art galleries.

Situated on the Atlantic coast, “where-as a local proverb says-the land ends and the sea begins,” Cascais is one of Portugal’s most exclusive locations, and not only because a number of exiled kings such as the Italian Umberto II moved here in 1946. Splendid indeed are the views of the Atlantic Ocean from each of the three rocky inlets on which the town stretches. There is also no shortage of historical and artistic sights, including the Church of Nossa Senhora da Assuncao, the Fortaleza de Nossa Senhora da Luz de Cascais, and the Torre Sant’Antonio. Not to be missed: the trip to Boca do Inferno, a rocky point carved out by the sea, in front of which surfers go wild. 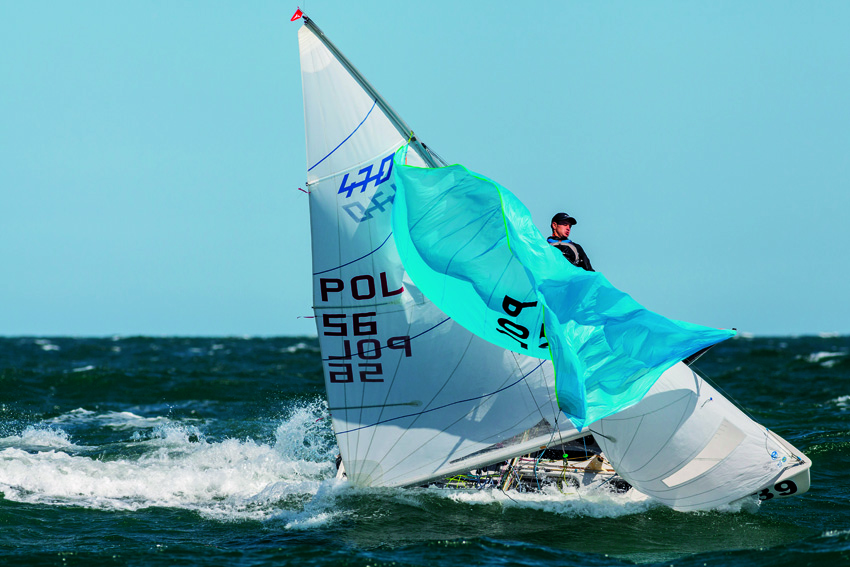 A beloved tourist center on the Adriatic Riviera, the Romagna town has a seafaring tradition that has been lost over the centuries and is now touristically wedded to attractions related to gastronomy, art, history and nature. Not only the long, orderly beaches with bike paths and flower gardens, but also the charm of the Canal Harbour, the elegance of Piazza Garibaldi and the biodiversity of the Salina, make Cervia a destination to be discovered from the sea and beyond the sea, in summer but also during the long spring afternoons with a mild climate. Not to be missed: a stop at the Terme di Cervia, a resort with precious waters that are used for relaxation and wellness treatments.

It is not a sea that bathes the U.S. city, although at first glance it might seem so. It is Lake Michigan, one of the largest bodies of water in the world, being over 500 kilometers long. Famous for the white, almost Caribbean-like beaches and soft sand that cover its shores, during warm weather it transforms Chicago into the tourist and boating destination with the most skyscrapers in the world. It is in the shadow of the buildings of the financial center that two of the city’s as many as ten tourist marinas, Monroe Harbor and DuSable Harbor, are discovered. Not to be missed: a visit to the Shedd Aquarium, the world’s largest “indoor” aquarium housing more than 8,000 species.

Another lake, much closer to home, however, is Garda, a basin in which the tradition of water sports, namely sailing but also windsurfing, has been successfully rooted for many years. Certainly because of the presence of constant winds, but also because of the beauty of the natural, almost “Mediterranean” environment surrounding its shores. Sailing from major towns in the area, such as Riva del Garda, Torbole, and Malcesine, those who enjoy sailing can enjoy racing having the impressive Alpine peaks surrounding the area as a natural backdrop. Not to be missed: near Torbole is the vertiginous Nago Fort. It is a fortress erected on two different levels clinging to a mountain and from which the view of the Upper Garda is unique. 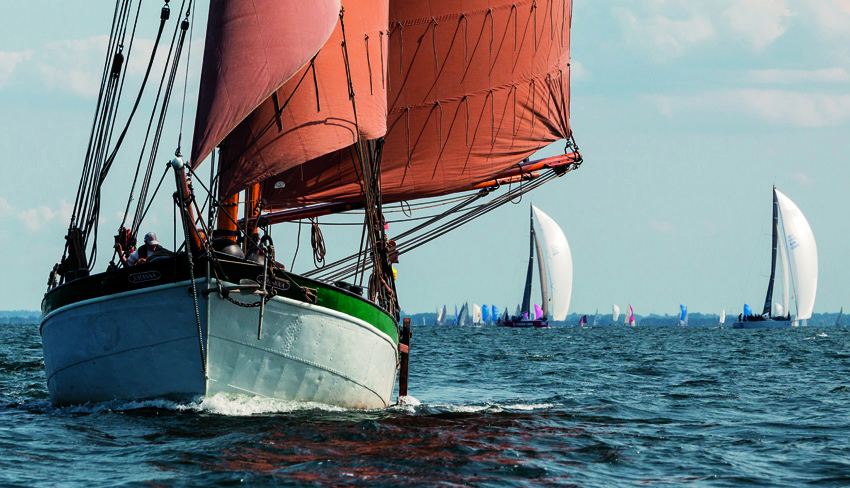 For many years an important naval and nautical center in Germany, Kiel overlooks the North Sea and tells a story linked to the myths of seafaring throughout northern Europe. Danish until 1864 and then German, Kiel is home to a delightful old town that can be discovered on foot, strolling from the historic Danische Strasse to the ancient Market Square. From here we then also reach for a visit to the Maritime Museum located on the Sartorikai dock. Not to be missed: those who love the sea and its strong flavors must try the typical dish of the local cuisine. It is Kieler Sprotten, a recipe for smoked herring. 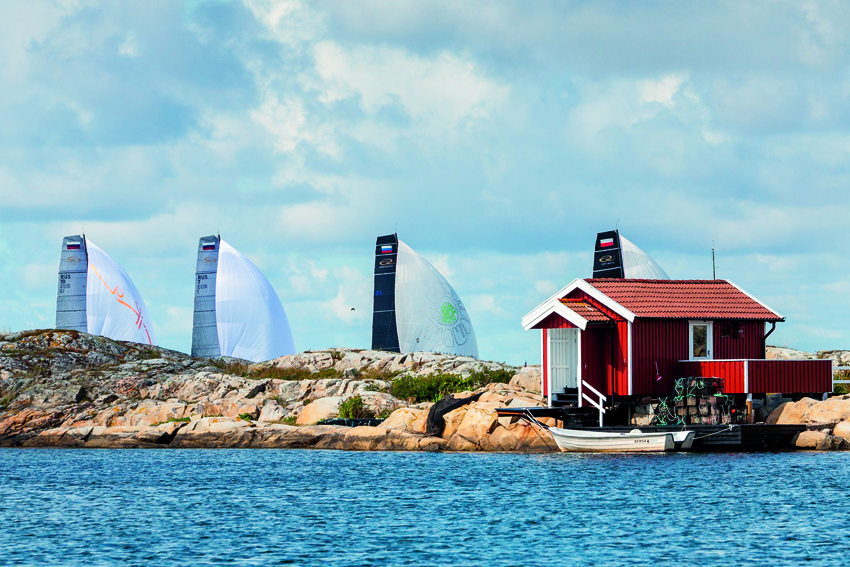 A charming town in western Sweden, Marstrand is one of the most popular seaside tourist destinations in the great Scandinavian country. Visiting it, one quickly discovers why: it is a village made up of pastel-colored wooden cottages and in which time seems to have stopped at the time of Nordic fairy tales and Vikings. And over the whole town, as well as the wide marina, dominates the stern bulk of Carlstens Fortress, erected in the seventeenth century by King Charles X as the military hub of a coastal area that was very important for fishing and sea trade and therefore coveted by neighboring Norway. Not to be missed: a trip to Gothenburg. Sweden’s second-largest city is only an hour’s drive away and hosts a fun nightlife destination, especially in the central Lorensberg district. 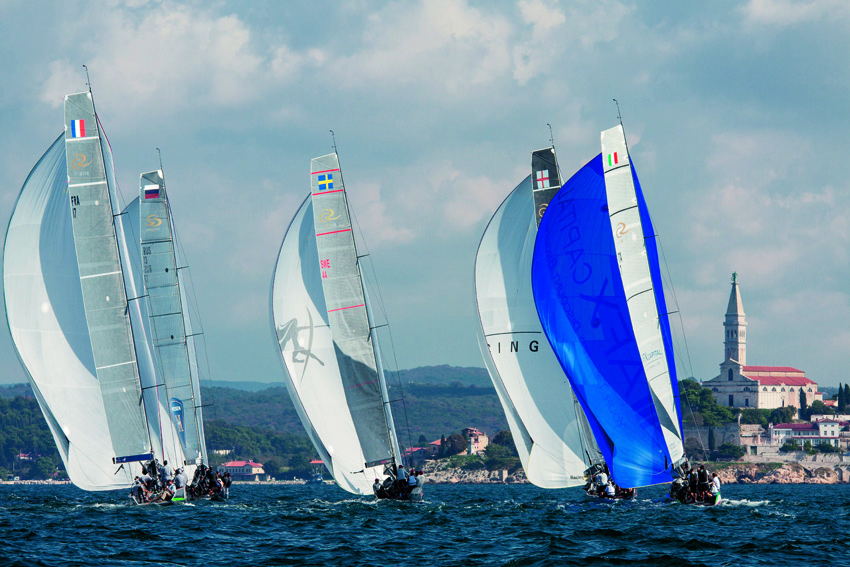 One of the most important tourist and nautical destinations in neighboring Croatia, Rovinj (this is the Croatian name) is one of the main centers of the Istrian peninsula. Built on two hills, the highest of which, that of St. Euphemia, creates a peninsula that juts into the sea to the west, it has a small and delightful historic center that resembles that of small Ligurian ports, with many small colorful houses squeezed together and divided by narrow streets and courtyards. Among these, the main one is Via della Grisa, a kind of stone staircase that climbs up to the Church of Santa Eufemia, a symbol of the town and erected in the 1700s. Not to be missed: lunch or dinner at one of the many delightful little restaurants overlooking the harbor offering excellent seafood at affordable prices. 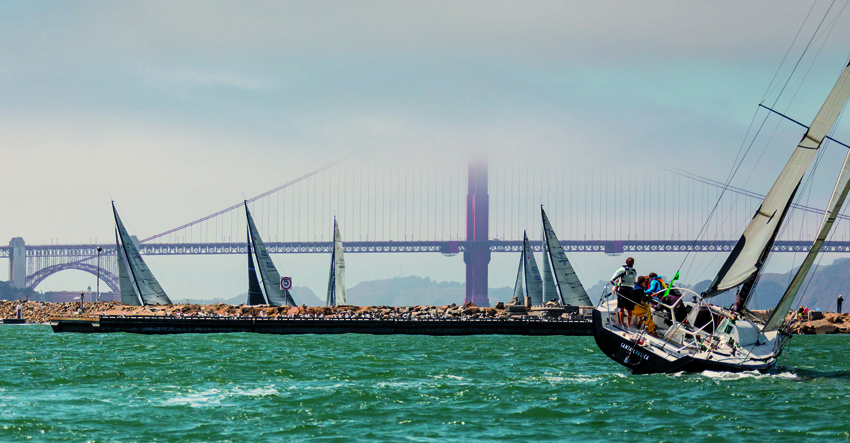 A unique city in the world and at the center of the desires of many travelers, sailors and non-travelers alike, because of the many beauties and uniqueness it hosts, the California metropolis is one of those iconic places that is part of everyone’s collective imagination. With its trolley lines going up and down between the hills that host downtown, with the orange bulk of the Golden Gate Bridge stretching across the arm of the sea that separates the Pacific Ocean from San Francisco Bay, with Alcatraz Island peeping through the rooftops of the elegant mansions that dot Nob Hill and Russian Hill, this city offers endless vacation suggestions. Not to be missed: a visit to Chinatown, a historic neighborhood full of clubs and restaurants, also famous for housing the largest Chinese community outside the motherland. 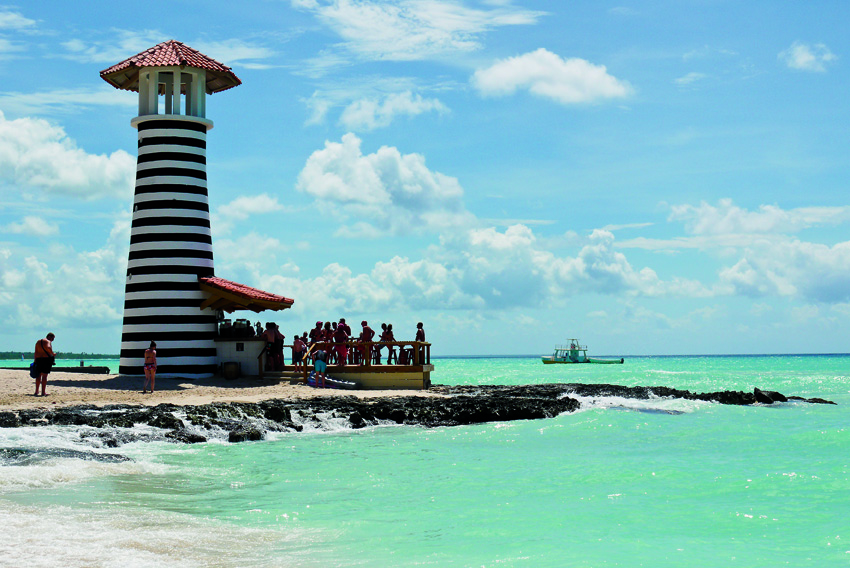 The capital and main center of the Dominican Republic, Santo Domingo was founded in August 1496 by Bartholomew Columbus, brother of the famous navigator, and is therefore the oldest colonial city in the “New World.” From here we set out to explore the country’s most beautiful seaside resorts, among which are the well-known beaches of Bayahibe and Punta Cana. Staying instead in Santo Domingo, one can discover its colonial old town built around Calle El Conde. Not to be missed: a visit to the picturesque town of Samana. Housed in the bay of the same name located on the country’s northern coast, it combines a picturesque village of colorful colonial cottages with a long white sandy beach.