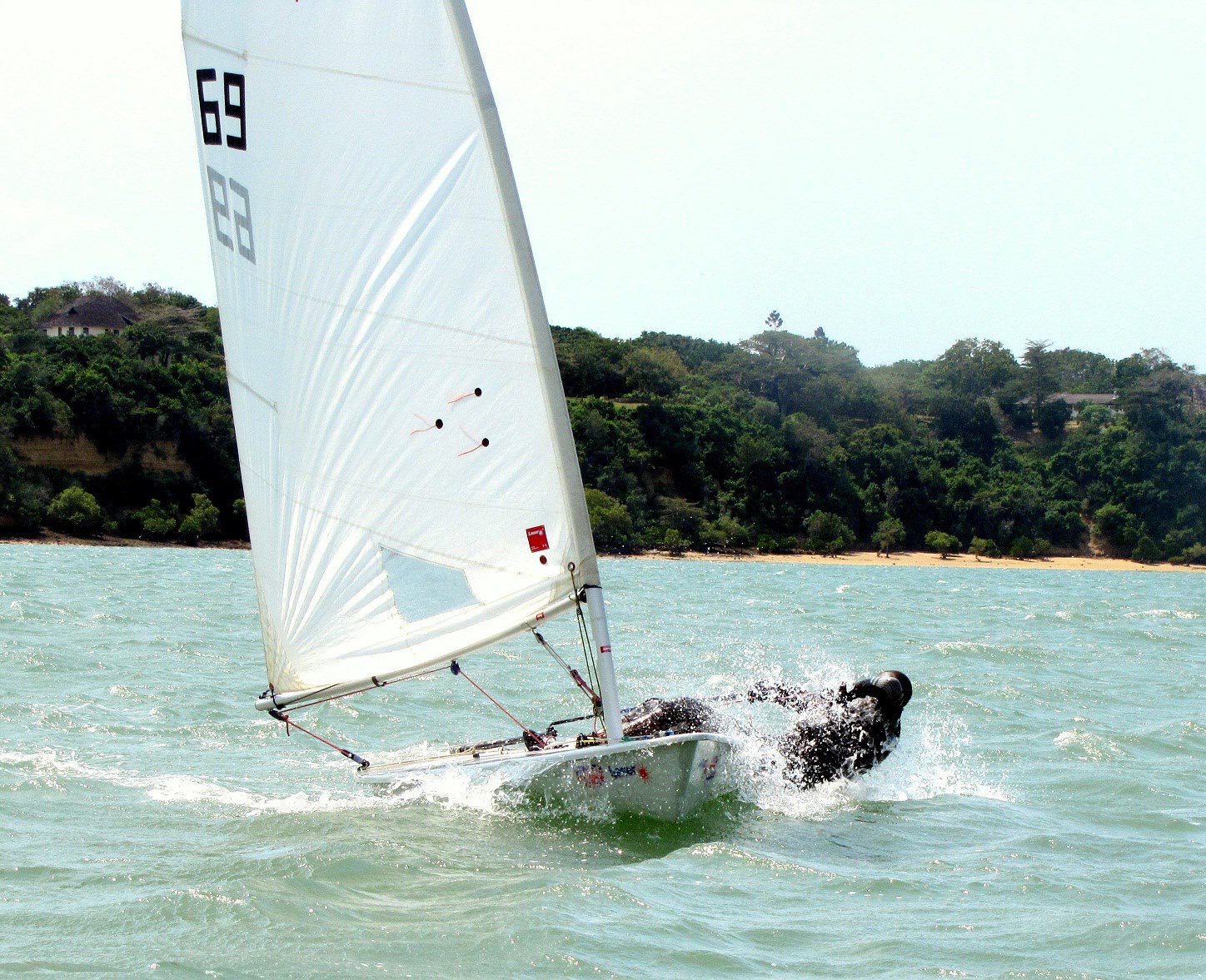 Teddy Ndaro has a dream: to be the first Kenyan to take part as a sailor in the Rio 2016 Olympic Games (in 1964, a finnist participated under Kenyan colors, but he was a British settler). He knows very well that it is not an easy challenge, his: on the one hand, one has to know how to express oneself at the highest competitive level, especially in his class, the Laser, which has an impressive number of aficionados scattered around the globe. On the other, Teddy will face the costs that an Olympic campaign necessarily requires. Sailing in Kenya (one of the least poor countries in Africa) is not a popular sport, despite excellent weather conditions that would provide perfect training and racing locations, both on the coast and in inland waters. 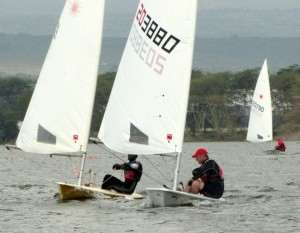 SAILING IN MY COUNTRY IS A WHITE PEOPLE’S SPORT
“No one in our country supports sailing,” Teddy says, “so all my activity is at my own expense. Until a few years ago, there were those who went boating, “But they were white people, many of them from the older generations.. Now the number of sailors is drastically decreasing. A few more of my fellow villagers are trying, but it is difficult because the lack of boats and facilities. Most of the equipment is privately owned: and it is really very expensive to own a boat, and even more so to take part in international regattas.” 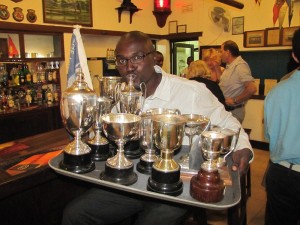 THE KENYAN LASER STAR
Teddy’s palmares, in the national field, are very rich: at 28 years old he is one of the strongest sailors in Kenya, and he is a holder of the Mombasa Yacht Club. His older brother Samuel, 12 years ago, passed on his passion for sailing. Now Ndaro is hungry and has launched the “Teddy for Rio 2016” campaign. His club is helping him: Commodore Chris Soper donated his newest boat to enable him to train in the best conditions. 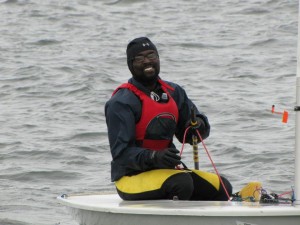 I WILL TRY TO THE END
By job, Teddy has a company called Costo Tours and Adventure Activities, which specializes in safaris along the Kenyan coast-a business that still does not allow him to raise the budget to participate in an Olympic campaign on his own. “I have had a lot of moral support from KYA (the Kenyan Federvela) and their help in obtaining visas for foreign regattas, but nothing more. I don’t have the money to take part in the events in Europe-there are a few local regattas I will be able to participate in and, for now, I will build my training plan this way. I’m struggling to find sponsors: I don’t have anything concrete yet, but I won’t give up. I’m in it up to my neck, too late to give up.” Although the IOC (the International Olympic Committee) has funds for these kinds of situations, it cannot help Teddy: “I cannot apply because the KYA is not registered with the Council of National Sports Federations, which handles relations with the IOC and turns over requests for funds to it.

MY SAILING FRIENDS SUPPORT ME AND GIVE ME “MILES” FOR FLIGHTS
In short, it will not be easy: Teddy however can count on a good wealth of experience. Between 2008 and 2010 he had the opportunity to train in England, and in 2013 he went to compete with the best Polish laserists: “Training in the Baltic was very useful and formative.” First, Ndaro must qualify the nation for Rio 2016. First up is the ISAF World Championship in Santander, Spain, next September: “I have many sailing friends around the world who are giving me their bonus miles accrued through loyalty programs at airlines so that I can afford flights. But other than that, complete darkness. No Kenyan companies responded to my requests for sponsorship. For Santander, Teddy has two options: “Either charter a boat (an expensive solution) or ask my Polish friends, if they go to Spain first, to bring me one of their boats from Poland.”

HERE IS THE LINK TO THE “TEDDY FOR RIO 2016” FACEBOOK PAGE. Support him!