TAG Heuer Sailor of the Year 2015: the most titled offshore boats

The presentation of the 2015 TAG Heuer Sailor of the Year nominees continues: in this installment we detail the winning offshore boats of the 2014 season, because boats have souls too, and we decided to make them compete against people.

CANDIDATES ON THE CATWALK – THE WINNING OFFSHORE BOATS 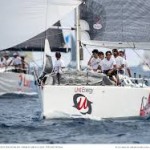 ANGRY RED UNITENERGY – T-34
Angry Red UnitEnergy is Domenico Cicala’s T-34 Italian Offshore Champion 2014 in Group 3: rating or no rating, the boat is a real bomb, able to leave behind hulls of much greater lengths in real time. The project is by Studio Lostuzzi in collaboration with Beatrice Pecoraro. 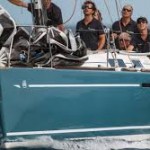 BACIOTTINHO – DUFOUR 34 PERFORMANCE
Still in the upper echelons of the rankings, Giuseppe Tadini’s Dufour 34 Performance Baciottinho (skipper Giango Tadini) won the Italian Offshore in Class 4: it is the best example in 2014 of how a 2009 production boat, properly optimized and driven by a “sailed” crew, can wet the noses of one-off racing hulls. 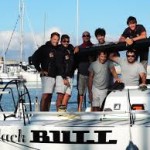 BLACK BULL – J/111
Black Bull is the boat that won the Italian Offshore Championship: captained by Piero Plato, it is a J-111. A very fast boat, whose lightness results in almost drift-like acceleration, signed by Johnstone. The interior of the 11-meter is stripped down to its essentials. 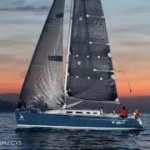 BLUCOLOMBRE – FIRST 40.7
The First 40.7 is confirmed as one of the most successful boats ever: Blu Colombre, owned by Massimo Juris, won the Italian Offshore Championship in the category reserved for double crews. Juris also took the satisfaction of winning the Palermo-Montecarlo. Farr’s hull, designed back in 1998, continues to make waves on race courses, lending itself successfully to small-crew sailing as well. 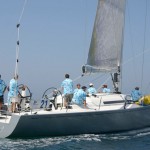 CIPPA LIPPA 8 – COOKSON 50
Guido Paolo Gamucci’s Cippa Lippa 8 won the Italian Offshore Championship in Class A: it is a Cookson 50, a boat designed by New Zealanders for New Zealanders, ideal for long races (like the Sydney Hobart). This year Cippa Lippa had a nice win in real time at Rome for Two / for All. 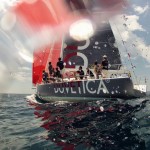 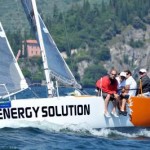 ENERGY SOLUTION – ILC 26
The minialtura also wants its share: therefore, we could not fail to include the Italian champion hull in this category, the ILC26 Energy Solution led by experienced Garda sailor Oscar Tonoli! 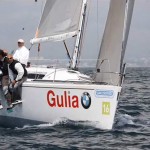 RED BLOOD CELL – ESTE 31
It may be a 1996 design, but the Este 31, born from the pencil of Gérman Frers, continues to provide satisfaction. It is no coincidence that Alessandro Burzi, owner of the Este 31 Globulo Rosso, came close to winning Overall Owner of the Year (which went to Giuffré) in 2014, triumphing in Category 4, reserved for smaller boats. 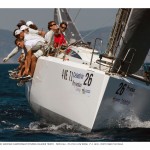 LOW NOISE – M37
Born in 2007 to a design by Maurizio Cossutti, the M37 Low Noise has won a lot, along with its owner Giuseppe Giuffré: an 11-meter created to be a war machine especially in ORC races. In 2014 he pulled off a one-two punch, winning the ORC World and European Championships. 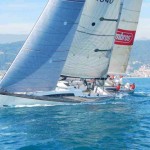 MILU – MYLIUS 14E55
Andrea Pietrolucci’s boat, winner of the Italian Offshore Championship in Class 1 (Pietrolucci also won the title of 2014 Owner of the Year, also in Class 1) and the Italian Offshore Sailing Cup is a Mylius 14E55 (photo above), designed by Alberto Simeone. A sleek hull that is extremely comfortable when cruising, but capable of screaming performance in racing as well. 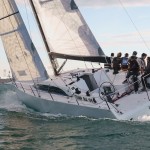 NEO CARBON – NEO 400
Twelve meters to run and easy to manage. In a nutshell, this is the philosophy of the Neo 400, designed by Giovanni Ceccarelli from the sail plan studied by Paolo Semeraro. Third overall at the Rolex Middle Sea Race, he won in the IRC 2 ranking. 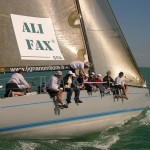 SELENE – DEHLER 44
How to make a production boat successful? Selene, Massimo De Campo’s Dehler 44 (2014 Owner of the Year in Class 2) is the classic example: excellent crew and Cossutti’s “hand” in replacing appendages and ORC optimization of the sail plan.