TAG Heuer 2015 Sailor of the Year: who are the “vintage” shipowners nominated?

The presentation of the 2015 TAG Heuer Sailor of the Year nominees continues: in this installment we present the winning vintage owners in detail.

CANDIDATES ON THE CATWALK – SHIPOWNERS “OF YESTERYEAR” 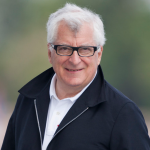 PATRICIAN BERTELLI
We do not include Luna Rossa’s volcanic patron among the “magnificent 100” for his activities in the America’s Cup, but for winning the 12 m S.I. World Championship (the class of boats with which America’s Cup races were contested until 1987) aboard the 21-meter Nyala, a hull dated 1938. 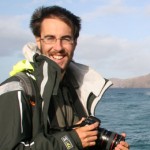 PIETRO BIANCHI
A lawyer from Parma who has never set foot on a boat decides to buy a 1967 Sangermani in 2010. In 2014, he won in his category (Classic) the Panerai Classic Yachts Challenge. This, in a nutshell, is the story of Pietro Bianchi, whose Namib crew includes not only his three cousins but also the famous Mauro Pelaschier and Davide Besana.

LUIGI PAVESE
Owner of the Samurai, the 1962-dated Sangermani sloop that won the Puig Vela Clasica in Barcelona, the important Spanish event reserved for vintage boats, Luigi Pavese is the “guardian angel” of his own boat, which has belonged to the Pavese family since its launch. He loves these kinds of boats so much that he became the secretary of the Sangermani Club. 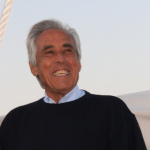 MARIO PIRRI
When we talk about Latifa (the aforementioned boat that won the vintage match race against its twin sister Eilean), we cannot talk about the passion of its owner Mario Pirri, its owner since 1976. In 1999, he involved his family in the round-the-world voyage and completed several ocean crossings, including solo voyages. 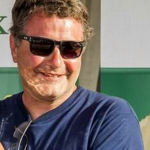 GIUSEPPE PUTTINI
The owner of the Swan 65 Shirlaf capped off a fine season by winning silver at the Rolex Swan Cup in Porto Cervo and took the satisfaction of winning the inshore race at Rolex Capri Sailing Week, on a boat that is the twin sister of Sayula, winner of the first Whitbread.