TAG Heuer 2015 Sailor of the Year: we reveal the names of the designers in the race

The presentation of the candidates for TAG Heuer 2015 Sailor of the Year continues: in this installment we present in detail the designers (new this year) running for the title.

CANDIDATES ON THE CATWALK – THE DESIGNERS 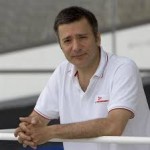 ROBERTO BISCONTINI
After years and years dedicated to the America’s Cup, designer Roberto Biscontini (owner of Biscontini Yacht Design) has returned to the production boat market by signing the new Advanced A44. 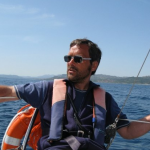 ROBERTO BOSI
Roberto Bosi, an architect who heads Inoxsail, a young startup within the Milan Polytechnic, has invented Phinna: that is, an active drift fin, which hydrodynamically changes its profile and adapts to the flow of water. So much for those who say that nothing is being done in Italy. 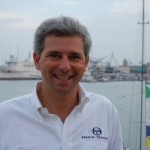 GIOVANNI CECCARELLI
Ceccarelli embarked on an innovative and original project: that of the Neo 400, modeled from the sail plan studied by Paolo Semeraro of Banks Sailing. A successful project, judging by the boat’s result at the last Rolex Middle Sea Race: third place overall! 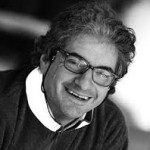 MAURIZIO COSSUTTI
Maurizio Cossutti juggled Racer and Cruiser Racer last year: the Italia Yachts,15.98 (whose engineering he oversaw) as well as the competitive Salona Next 37 took to the water. 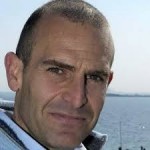 UMBERTO FELCI
Even in 2014 (the year in which he celebrated his 50th birthday) Umberto Felci confirmed himself as a champion in pliability, alternating between pure racer projects (such as the Ice 33 Mataran MK3) and production boats (such as the Dufour 382 and 560 GL). 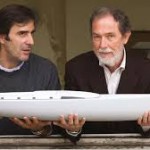 NAUTA DESIGN
Nauta is the only Italian firm capable of carelessly going from 35-foot production boats to megayachts of over 100. Mario Pedol and Massimo Gino are responsible for, among other things, the “transformable” concept of Beneteau’s new Oceanis range. 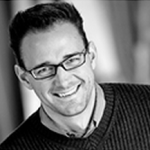 MATTEO POLLI
Matteo Polli, Chief Designer of Italia Yachts, knows how to make the boats he designs run. From 2014 are the Italia Yachts 15.98 and the fast cruiser-racer Low Noise 2 (the first Italia 9.98 off-roader) commissioned by Giuseppe Giuffré (for whom Polli also optimized the M37 Low Noise), which was immediately a winner in the first races it faced.

TONI PUNZIO / ILARIA INDACO
Totally made in Italy is the 625 Sail catamaran, built by the Syracuse shipyard Set Marine and designed by Toni Punzio and Ilenia Indaco: underdeck spaces with an original layout and aggressive hulls make it one of the most interesting boats of 2014. Let us not be told that catamarans are just the stuff of the French! 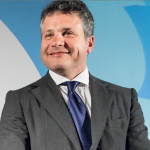 ALBERTO SIMEONE
Alberto Simeone, father of all Mylius, also designed the innovative 18E35, launched in 2014, a hi-tech Italian pride: the hull is in composite and the rigging in flexible carbon, light, strong but at the same time easy to pick up in the boat’s decommissioning. 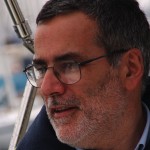 THOMAS SPADOLINI
The Italia Yachts 15.98 marks Tommaso Spadolini’s return to the sailing world, moreover in a production boat. The Tuscan architect born in 1957 (specializing in megayachts) was responsible for exterior styling and interior layouts.