TAG Heuer 2015 Sailor of the Year: the winning vintage boats

The presentation of the candidates for TAG Heuer 2015 Sailor of the Year continues: in this installment we present in detail the winning vintage boats of the 2014 season.

CANDIDATES ON THE CATWALK – THE WINNING VINTAGE BOATS 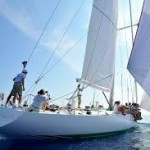 THE BLACKAMOOR OF VENICE (FRERS, 1975)
Gérman Frers’ hand is felt even after 40 years. The Moro di Venezia I, in laminated wood, the first in the successful series of boats desired by Raul Gardini, now armed by Massimiliano Ferruzzi, finished in second place among the Classics at the Panerai Classic Yachts Challenge and won in its Les Voiles de Saint Tropez category. 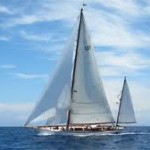 LATIFA (FIFE, 1936)
The winner of the most vintage match-race of 2014 is Latifa, a 1936 William Fife that challenged and beat sister hull Eilean in a race through the waters of Elba Island. The boat, 21.33 meters long, is rigged by Mario Pirri. 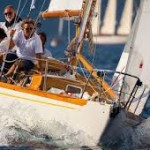 NAMIB (SANGERMANI, 1967)
Pietro Bianchi’s Sangermani Namib (with Mauro Pelaschier and Davide Besana aboard) has won the 2014 Panerai Classic Yachts Challenge. The boat is dated 1967 and Bianchi found it in a state of semi-abandonment: given the results, the three years of restoration, from 2010 to 2012, were well worth it. 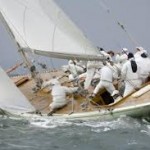 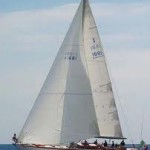 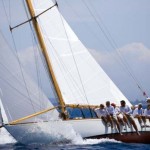 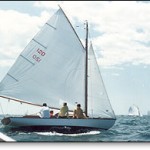 WIANNO (2011)
The boat on which Kennedy also trained (designed in 1914) is faithfully reproduced, now in fiberglass, by the Wianno Senior shipyard in Orbetello. The Wianno is often featured in regattas of yesteryear.