TAG Heuer 2015 Sailor of the Year: the charge of the drifters

The presentation of the 2015 TAG Heuer Sailor of the Year nominees continues: in this installment we present in detail the drifters who have performed well on international race courses.

CANDIDATES ON THE CATWALK – THE DRIFTERS 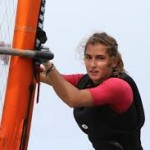 GIULIA ALAGNA
Giulia Alagna, a Sicilian, is among the very young and many promising sailboarders who are the fruit of the “Sensini school.” Fifth at the Under-17 Techno 293 World Championships, 11th at the Nanjing Youth Olympics. 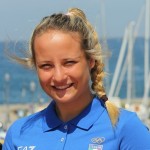 CAROLINA ALBANO
Triestina, she is the strongest Italian performer in the Byte CII class: 16 years old, last year she won the European overall and missed the world podium by a whisker by finishing fourth. She qualified the nation for the Youth Olympics in Nanjing, in which (again on the Bytes) she finished in eighth place after being in the podium area until the end. Carolina also races in the Laser Radial, where she took second place at the Youth Nationals. 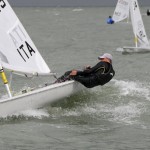 MICHELE BENAMATI
An exponent of the large Laser team, Michele Benamati, class of 1994 and in force at Fraglia Vela di Riva del Garda, is the best Italian Under-21 talent: seventh place at the World Standard U21 does not do him justice, as a penalty prevented him from playing for the podium! 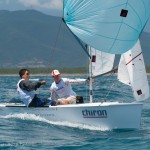 ETTORE BOTTICINI/LORENZO GENNARI
The Vaurien, whose design dates back to 1951, is a drift in which we excel. Ettore Botticini and Lorenzo Gennari, from Maremma, won in the waters of Grosseto the World Class Championship. There must have been a few boats, you will say. Wrong. Eighty crews from all over, very high level. Good guys. 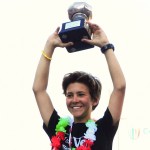 ALEXANDER CALDARI
For the future, we must focus on him. Alessandro Caldari, from Romagna, reigning Italian Optimist Champion: class of 2001, won the national title with a day to spare (in addition to many other regattas around the Boot)! 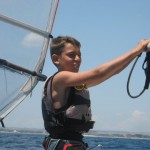 CARLO CIABATTI
We had already pointed him out (in the February 2014 issue of the GdV) as one of the athletes who could have “made a splash”: Carlo Ciabatti, a 16-year-old from Cagliari, did not disappoint us, winning the Under-17 Techno 293 World Championship in Brest last summer. 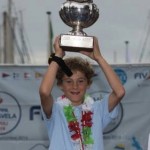 TOMMASO FABBRI
The youngest sailor of these “magnificent 100” is named Tommaso Fabbri, class of 2004, and last September he won the Primavela Optimist Cup among Cadets. We will hear about him. 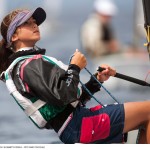 ELIZABETH FAITHFUL
A native of Cagliari, born in 1999, Elisabetta Fedele ended her Optimist career on a high note by winning the Italian Championship in her women’s ranking, moreover finishing fifth overall. Power to women! 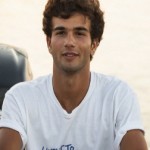 VALERIO GALATI
Italy’s youngest match-race ace is named Valerio Galati, he is 21 years old and from Puglia, like his older colleague Simone Ferrarese: he won the European Under 23 title (with Francesco Manzi on the bow, Federico Pasini on the sheets and Ukrainian Taras Khomchyk on the mainsail). 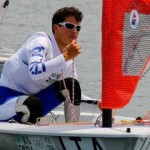 VICTORIO GALLINARO
The male equivalent of the aforementioned Carolina Albano is named Vittorio Gallinaro: for him in 2014 a fourth place at the Byte CII World Championships and qualification for the Youth Olympics in Nanjing. 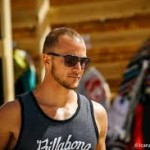 RICCARDO ANDREA LECCESE
Who knows if kite surfing will be Olympic class in Tokyo 2020: what is certain is that we already have a phenomenon ready to go to medal. It is Riccardo Andrea Leccese, the absolute ruler of the ISAF Sailing World Cup in Melbourne and always on top in all international kiteboard events. 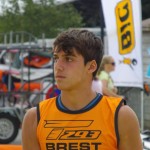 RUGGERO LO MAURO
Another young man with good hopes joins the large group of athletes engaged on Techno 293 sailboards: he is Sicilian Ruggero Lo Mauro, who represented us well at the Youth Olympics in Nanjing by finishing in ninth position. At the Under-17 European Championships, he instead finished in eighth place. 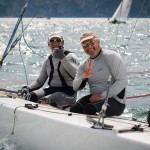 DIEGO NEGRI/SERGIO LAMBERTENGHI
It may no longer be an Olympic class, but the Star continues to be the drift most frequented by international sailing bigwigs. And the success of the Star Sailors League is full proof of that. By the way, do you know who is at the top of the SSL ranking, out of more than 1,000 top-level skippers? Diego Negri, at the top for a very long time. In tandem with Sergio Lambertenghi, he also won silver at the World Class, which has tremendous sporting value.

CARLOTTA OMARI/FRANCESCA RUSSO CIRILLO
Trieste’s Carlotta Omari and Francesca Russo Cirillo are the future of women’s doubles: they won the 420 Women’s World Championship in 2014 and are also virtually unbeatable in Italy. Chapeau, girls! 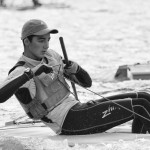 GIANMARCO PLANCHESTAINER
After being Under-17 World Champion in 2013, Gianmarco Planchesteiner continued his string of good results on the Laser Radial in 2014: second at the EuroSAF European Championship, third at the European Youth Championship, and triumphant at the International Youth Cup. The athlete on the strength of Fraglia Vela Malcesine is one of the talents to watch closely. 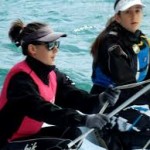 MARGHERITA PORRO/ANDREA FRANCESCA DALLORA
The two “Brescian lionesses” (as the local press dubbed them), after winning the RS Feva women’s world championship in 2013, continued on the 29er with equal luck. Third females at the Eurocup and national champions. 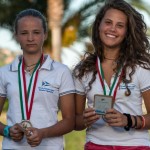 ALICE DRY/MARTINA GALVAN
Let’s not underestimate Equipe, which has little following in Italy but is a popular boat in Europe: Alice Secco and Martina Galvan, from Loano, graduated as 2014 European women’s champions (second overall). Bravissime. 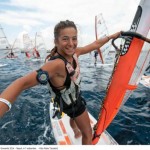 GIORGIA SPECIAL
Nomen, omen, said the Latins. Giorgia Speciale, 14, from Ancona, Italy, on the strength of Sef Stamura, is indeed a special sailor: in 2014 she won her second consecutive Under-15 World Championship in Brest, following her triumph in Sopot in 2013. Never before had any Italian in its category, the Under 15, achieved the double. 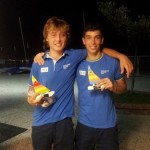 GIANLUIGI UGOLINI/GIULIO ZIZZARI
The Hobie Cat 16 offers excellent and always crowded regattas. In Italy, we have two true champions: Gianluigi Ugolini and Giulio Zizzari of the Compagnia della Vela of Rome, winners in 2014 (for the second consecutive time) of the National Class Championship.