The presentation of the candidates for TAG Heuer 2015 Sailor of the Year continues: in this installment we present in detail all the Italian one-design specialists. Italy each year racks up titles in the one-design classes…

1- IRC/ORC WINNING OWNERS,
2- THE MARINERS
3- THE DERIVISTS
4- THE WINNING OFFSHORE BOATS
5- THE WINNING VINTAGE BOATS
6- THE DESIGNERS
7- THE “VINTAGE” OWNERS

CANDIDATES ON THE CATWALK – MONOTYPE SPECIALISTS 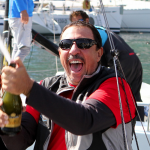 CARLO ALBERINI
The J70 is a fledgling monotype class, but it is already a battleground for specialists: the strongest among the Italian team is Carlo Alberini, 53, a helmsman-owner who comes from the Melges 20 world. Aboard Calvi Network, he won the 2014 European (and Italian) title and the Italia Cup. 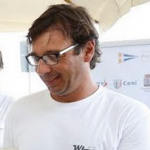 GIANCLAUDIO BASSETTI
It was a good season for Gianclaudio Bassetti, a 45-year-old businessman from Abruzzo and owner of the X-41 WB-Five: he won the European class championship, while taking silver at the World Championship. A second place that is a bit “tight” for him, given the rainbow title he won in 2013. 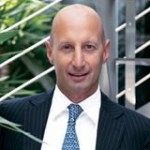 PAUL BERTUZZI
Paolo Bertuzzi, owner of Turboden, is the reigning European Ufo22 Champion: a one-design class that, especially on the lakes, is going places. It is not talked about much, but regulars in the class include Diego Negri and even Russell Coutts. Hats off, then, to Paolo Bertuzzi and his crew. 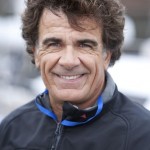 TOMMASO CHIEFFI
Tommaso Chieffi is one of the most titled helmsmen in Italy: now he has made the Russians fall in love. Skipper and tactician of Vladimir Liubomirov’s Bronenosec, he won the rainbow title at the Swan 60 World Championship. He also won the World X-35 aboard Francesco Conte’s Giochelotta. 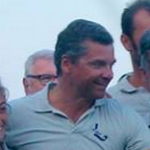 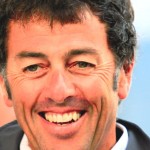 FLAVIO FAVINI
Melges 24 world champion last February, in the summer winner of the Italian title. And perhaps, more important is the second, for Flavio Favini, 52, who returned to the race courses after a bad domestic accident. Had he not been convalescent, he probably would have participated in the European Championships as well, winning it! 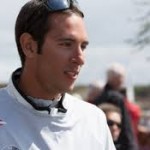 SIMONE FERRARESE
The Italian face-to-face sailing wizard is him, Simone Ferrarese. At the head of the Ferrarese Racing Team, the 25-year-old from Puglia won the European match-race title in Poland (aboard the Tom 28, crewed by Francesco Marrai, Lorenzo De Felice and Andrea Quartulli), demonstrating a coolness and ability to get out of disadvantageous situations worthy of great sailors. 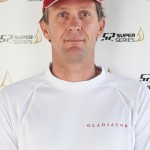 MICHELE IVALDI
“Spider-Man” (as he is called for his masthead climbs in search of air puffs) strikes again. Michele Ivaldi, class of 1970, has added a rainbow title to his extensive palmares: as a tactician, he won the RC44 World Championship with the Russians of Bronenosec.

EDOARDO LUPI
Edoardo Lupi went to the home of Melges, the United States, and took a chance on the big one, winning silver at the Melges 32 World Championship in Miami. A second place that is worth gold because it was won in the lair of the … wolf. 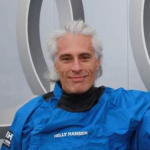 GUIDO MIANI
The deus ex machina of the Monaco Racing Fleet (which won the third Palermo Monte Carlo in 2014 with the TP52 B2), Guido Miani, is a “racing beast.” He won two legs and the overall standings of the Audi tron Sailing Series Melges 20, as well as taking world bronze in the same class. A mind that can always assemble winning designs. 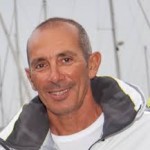 SANDRO MONTEFUSCO
Apulian star Sandro Montefusco won the World Platu 25, aboard Francesco Lanera’s Euz II Monella Vagabonda, becoming the best ever performer in the category: for Montefusco, in fact, this is the third world class title. 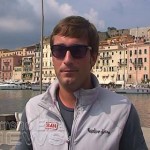 ACHILLE ONORATO
Vincenzo Onorato’s son inherited his father’s great passion for racing: last season for him was silver-tinged, with second place at both the Melges 20 World Championship and the Sailing Series in the same class, aboard Mascalzone Latino jr. Good blood doesn’t lie! 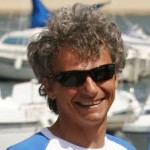 ROBERTO SPATA
Roberto Spata is not only a great sailor, but he is one of the architects of the revival of minialtura in Italy. You can see him on every kind of boat, as long as it is small: from the Melges 32 (where at the tactician of Spirit of Nerina he won the first of the 2014 Audi tron Sailing Series in Naples) to the H22, from the Surprise to the J/70 passing through a great passion of his: the Fun (at the European he finished fourth and won the Champions Cup at the Interlaghi). 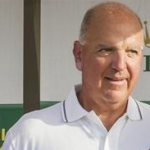 ROBERTO TOMASINI GRINOVER
2014 was a banner year for Roberto Tomasini Grinover of Gorizia, owner of the Robertissima series of boats (including the Melges 32 and Mini Maxi ex-Ran). So many good results, let’s try to summarize some of them: second place in Palmavela, victory at the European Melges 32 won on Lake Garda, victory at the Rolex Volcano Race as part of the Rolex Capri Sailing Week, Giraglia. 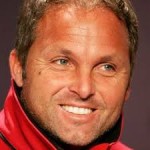 VASCO VASCOTTO
Impossible not to include Vasco Vascotto, the most titled Italian sailor of all. Behind Robertissima’s successes is his hand. In 2014 he also finished second in the RC44 world circuit on Peninsula Petroleum. Not counting successes as tactician on the TP52 Azzurra, virtually never outside the top three at the 52 Series. He is perhaps the most multifaceted sailor, able to give his best in any class in which he is engaged.