SUMMER READINGS From the Aeolian Islands to Sardinia, via the islands of Campania/4

Giovanni Porzio is one of Italy’s greatest reporters and a passionate sailor. In his book “The Sea is Never the Same,” he recreated the essence of reportage, that is, “reporting” from a journey news, but also stories, feelings and images. It is from this very book that the story whose fourth part can be found here is taken.

Below Capo d’Orso, in the Rada delle Saline, there is a basin protected by the sea: the wind comes in at gusts of 35-40 knots but the bottom is sandy, an excellent keeper. And that’s where we give bottom, in 6 meters of water with 30 meters of chain. Blue Gal will stay there two nights, without plowing a single inch. And without spending a euro.
It is now September. The colors are more saturated, almost autumnal, and the days are getting shorter. Gabriella has disembarked and I am on board with my daughter Margaret for a last remnant of the cruise.

In Porto Rotondo, where we refuel with diesel fuel, the docks are emptying out: the season is already over and the big, shiny metal hulls, arrogant, overpriced (in Mazara the captain of a motoryacht told me that it consumes 5 thousand euros of fuel every day), full of antennas, televisions, and whirlpools, with engines of thousands of horsepower – but what good are they, since at most they only travel a few miles to go swimming at Mortorio? – are returning to their bases on the peninsula.
Three yachts that command respect are moored at the piers: the Black Swan, the Owl, and friend Giambattista Borea‘s Vistona. Next to Blue Gal docks Dream Keeper, a well-equipped 13-meter American sloop with real sailors aboard: a jovial couple from San Francisco. They quit their jobs and in five years traveled the world. They are preparing for the Atlantic crossing.
Instead, we set sail for Lavezzi, with a nice mistral breeze. is my favorite wind: dry, taut, steady; it sweeps the sky and dyes the sea in inky blue.
Before tackling the Mouths, we moor at the French Quarry dock on St. Stephen‘s: until 2007, the islet was the base of the U.S. Sixth Fleet’s Hunter Killer nuclear-powered submarines. Now you can disembark there, and it is a pleasure to climb up the hill among the tangles of mastic trees to the now disused granite quarries. There are still rusted tools and pulleys, crumbling houses, carved stone blocks and a large bust of Fascist hierarch Costanzo Ciano, father of Galeazzo, commissioned by the Duce and abandoned when the regime fell.
Thirty-five years of military presence has at least prevented the onslaught of bulldozers, always lurking on the coasts of the Belpaese. And the same goes for the islands that house penal institutions, such as Pianosa or Asinara. Speaking of which, I always remember the dismay I felt upon seeing the Pelosa beach in Stintino again after a long time.

I had been there in the 1960s with my parents. A fisherman would take us by boat to the beach and come back for us in the late afternoon. We planted a sunshade and were alone: miles of white sand. Occasionally a shepherd with sheep or some guard from the penal colony would pass by looking for an escaped convict. For me as a kid, it was a true paradise: soles, rays and schools of mullet swam between my feet in the emerald green water. I was looking for that memory when 30 years later, at the helm of Blue Gal, I approached the Fornelli Passage. I peered through the binoculars and couldn’t figure it out: where was the long tongue of white sand with the dunes and clumps of pink oleanders? Then I saw it: a gigantic concrete hotel, a carpet of green umbrellas, a tingling of dinghies and mats.
We ascend east of Caprera with two hands of terzaroli and after a couple of hours we bottom out at Lavezzi, surrounded by ash-colored rocks as sharp as the teeth of a prehistoric animal. Nestled in the center of the Mouths, battered by the rabid westerly winds, bare of vegetation, it hides a two-faced soul: in the rare bonanzas it is an oasis of primitive nature, of hidden coves and pools of crystal-clear water; when the mistral blows it is transformed in a few moments into a wilful anchorage, into a sinister pile of bones polished by the sea.
The bones are those of the seven hundred soldiers who left Toulon on February 14, 1855 aboard the French first-class frigate Sémillante under the orders of Commander Gabriel Auguste Jugan. She was bound for Odessa in the Crimean War. At 11 a.m. on Feb. 15, the frigate was spotted by the lighthouse keeper at Capo Testa as, with only her foresail, she attempted the passage of the Mouths convulsed by a storm surge of unprecedented violence. An hour later the Sémillante crashed into the Punta de l’Acciarino, southwest of Lavezzi.

SUMMER READINGS From the Aeolian Islands to Sardinia, via the islands of Campania/1

SUMMER READINGS From the Aeolian Islands to Sardinia, via the islands of Campania/2

SUMMER READINGS From the Aeolian Islands to Sardinia, via the islands of Campania/3 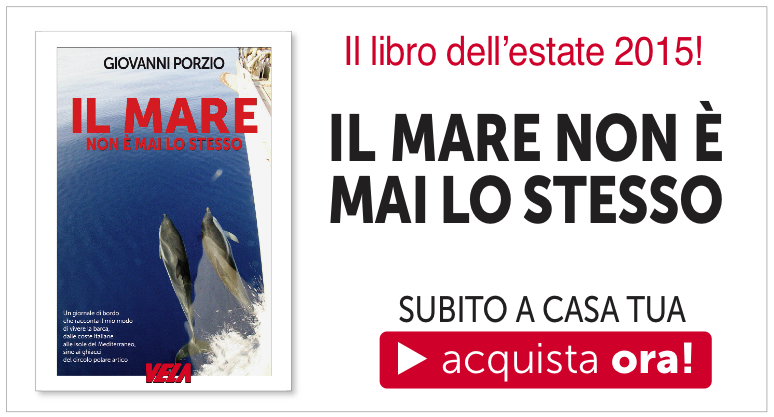 Facebook Twitter Youtube Instagram
PrevPrevious1975-2015. Discover all the covers of 40 years of SAIL. And you can take them home!
NextSUMMER READINGS From the Aeolian Islands to Sardinia, via the islands of Campania/2Next
In evidenza 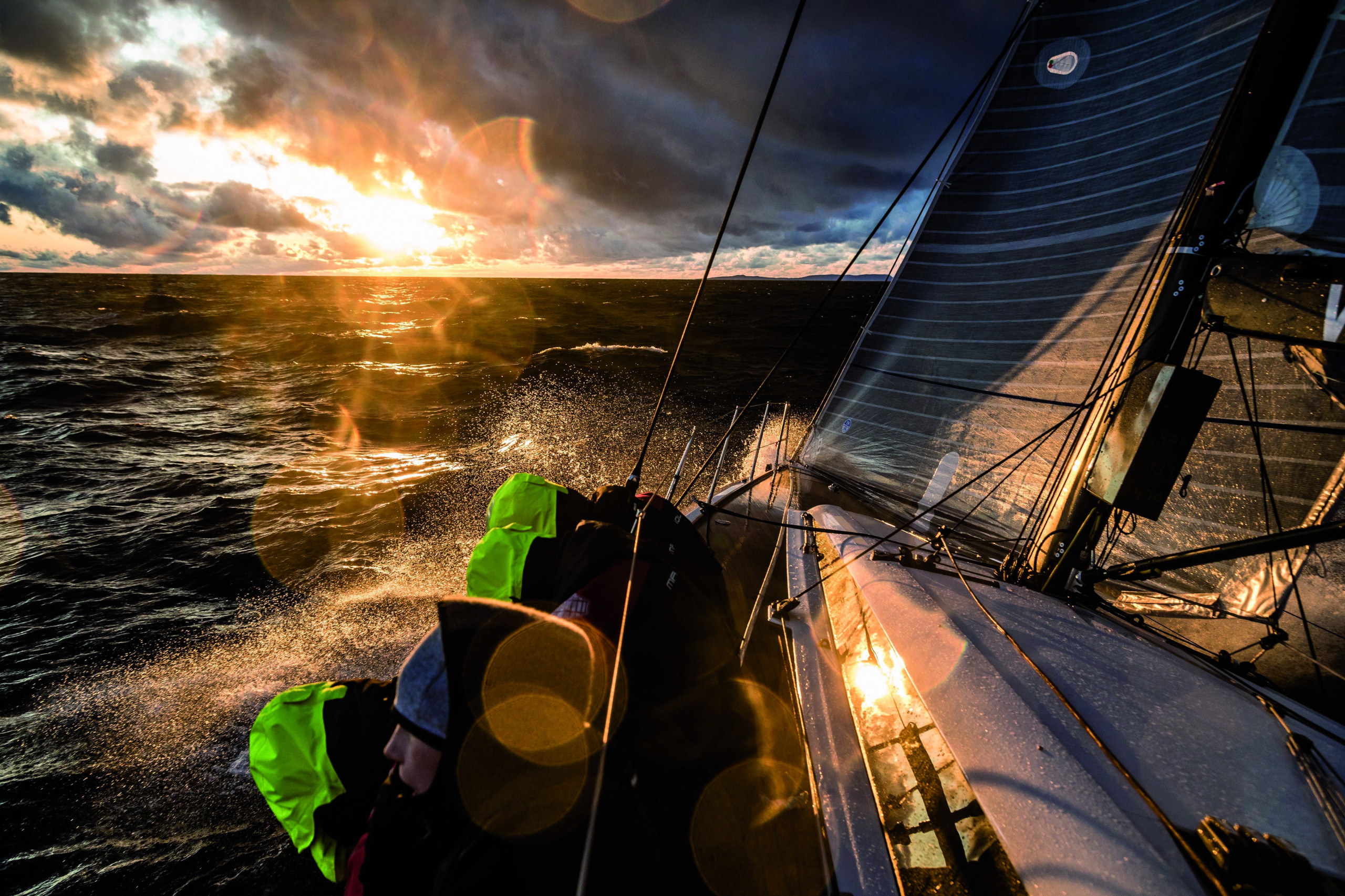 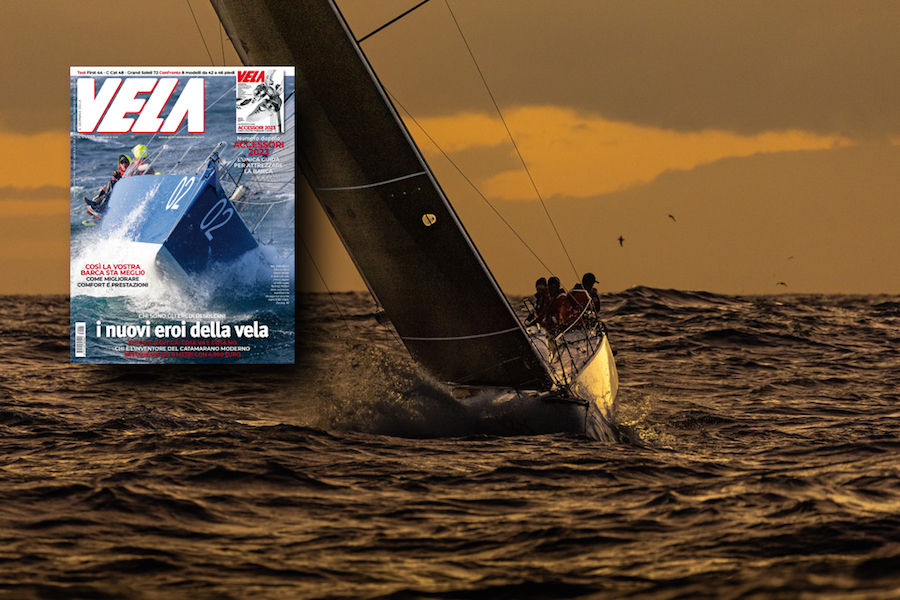