SPECIAL. The 50 mythical boats of all time. Aim/1 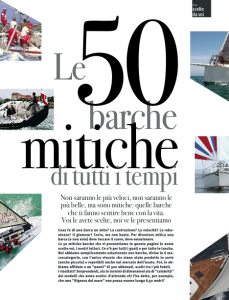 Browsing through our archives, a great service from two years ago jumped out at us, made possible thanks to your help.
We asked you what makes a boat a myth. Construction? Speed? Robustness? Glamour? Of course, but that is not enough. We had selected 200 boats, divided into macro-categories, with the only constraint being that they were mass produced (even small) and also available on the used market. Then, we had given them to a “panel” of 300 subscribers, chosen from the most loyal. The results? Surprising, both in terms of size and the “celebrity” of the models you had chosen: after all, who said, for example, that a “Lady of the Sea” could not be 6.50 meters long? Now that we are approaching the end of the year, a time of great rankings, we present to you again in seven installments the 50 boats chosen just by you, divided by characteristics, starting with what we called … the Ladies of the Sea. And we ask, you, today, which ones would you add?

FIVE LADIES OF THE SEA
Born for long sailings, they are the queens of the sea, those boats that do not have to stay in port or go out only on weekends. They are made to ply the waters of the oceans. For the past 30 years they have been the dream of those who have longed to leave their moorings and travel long routes. Each of them in a different way bears the mark of the pencil of the person who designed them either to be fast, or comfortable, cozy, easy to carry, minimalist even in size, but each of them has in itself a common denominator: to carry their lucky owners far. 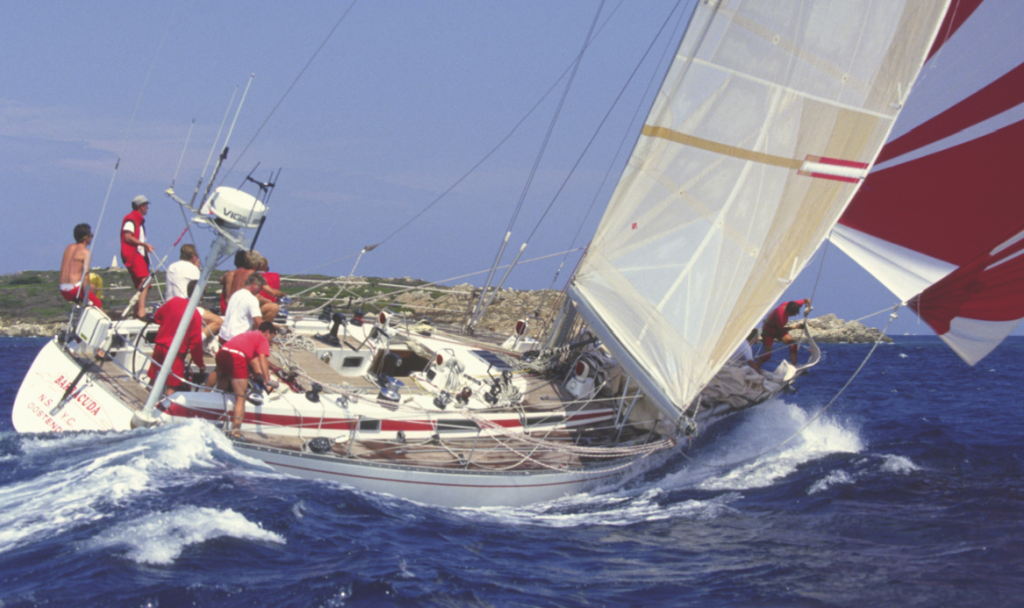 Nautor’s Swan 51 (1981 – ’85 + 15.62 m + 119 sq m + 17963 kg + from 195,000 Euros)
Designed by German Frers in 1980, Nautor has produced as many as 36 hulls of this swan that is still known for elegance and performance. The boat is distinguished by its ability to make long sailings with all the comforts and spaces of a modern cruising boat that do not, however, come at the expense of performance: in 1990, and thus a full 5 years after the Finnish shipyard’s boat went out of production, Pulsar III owned by G.B. Capri Cruciani won the Italian IOR championship. Under sail, her water lines allow her soft transitions over even formed waves and a smoothness and precision on the rudder that is truly rare on boats of this size. The deck layout allows for a dedicated winch for each maneuver and yet really ample sundeck space for the category. The rigging features a genoa rigged at the masthead with low steering wheels and staysail. Below deck in the stern are two cabins, one of which is double and a bathroom. Midship, to starboard of the engine cove is the chart room and to port is a large galley. In the saloon is a U-shaped dinette with a large dining table and a sofa with a guard berth on the port side; forward of the saloon is a cabin with twin beds, another bathroom, and the sailor’s cabin in addition to a large and practical sail cove. 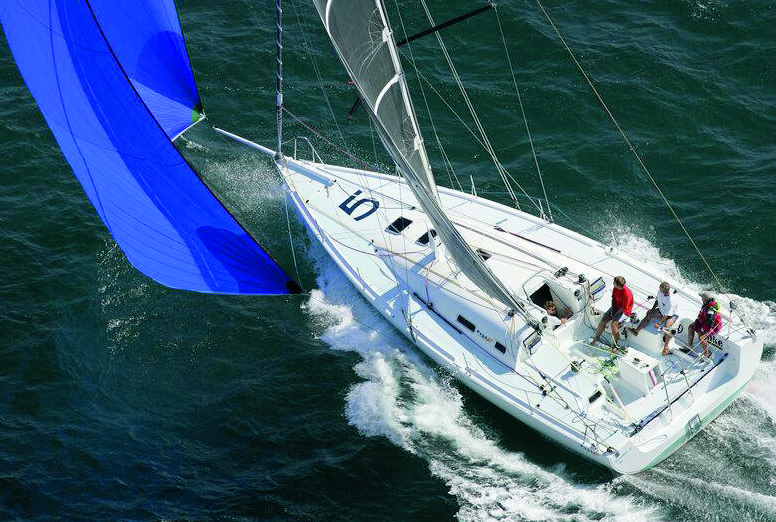 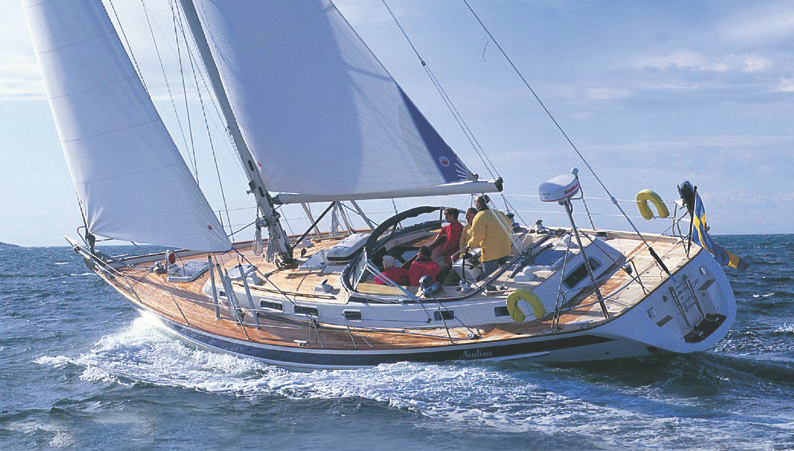 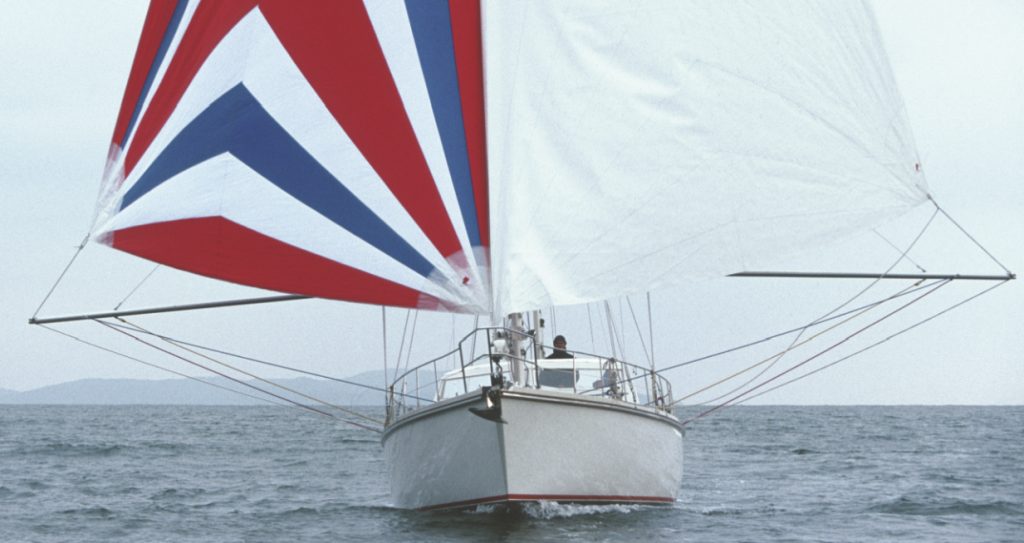 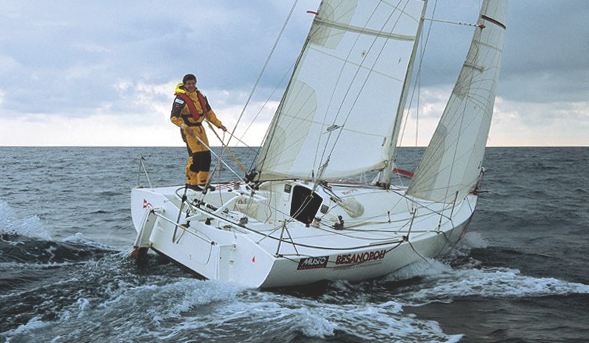