Sailors for Haiti at VELAFestival: make the wardrobe of great sailors your own 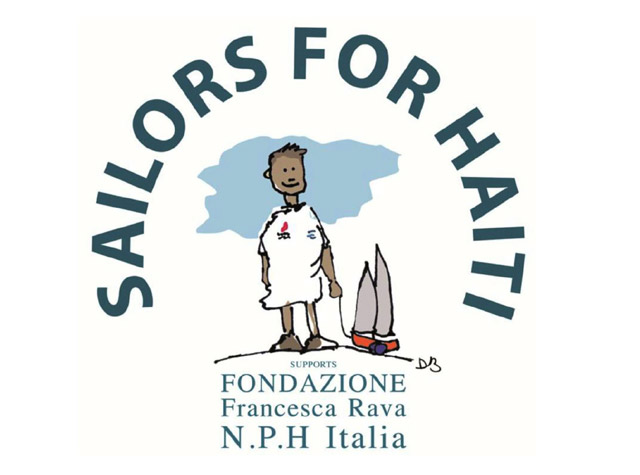 Max Sirena’s jacket, jerseys and the great sailors such as Giovanni Soldini and Francesco De Angelis? You can find them at the VELAFestival, at the Sailors for Haiti booth.

WHAT IS SAILORS FOR HAITI
Sailors for Haiti is a winning idea born from the friendship of two great figures in the sailing world, Mauro Pelaschier and Davide Besana. The two invite great sailors, clubs, teams, shipyards and sponsors to donate their sportswear, polo shirts and windbreakers that would otherwise sit in closets waiting to be devoured by moths, to raise funds in favor of the Francesca Rava Foundation – NPH Italia Onlus which works to benefit the NPH Saint Damien Children’s Hospital, which cares for 80,000 children in need in impoverished Haiti. rover will also be at the TAG Heuer VELAFestival, in Santa Margherita Ligure from May 7 to 10.

THE FRANCESCA RAVA FOUNDATION N.P.H ITALY
The Francesca Rava Foundation., which is named after the memory of the young yachtswoman known on Italian race courses, helps children in distress in Italy and around the world and is particularly committed to bringing medical care, education and hope to Haiti, a country in daily emergency due to hunger and disease, also hit after the 2010 earthquake by hurricanes and cholera (www.nph-italia.org).

Registration is officially open for the TAG Heuer VELA Cup, the sailing event in Santa Margherita Ligure(CLICK HERE), scheduled for May 4-5, 2019, the same week as the TAG Heuer VELAFestival (May 2-5). COME WITH YOUR OWN BOAT, IT’S CONVENIENT!

The TAG Heuer VELAFestival of excellence: Solaris is also coming!

Big news coming up at TAG Heuer VELAFestival, the big sailing festival scheduled in Santa Margherita Ligure from May 2 to 5. Already many exhibitors have confirmed their presence( HERE, HERE, HERE and HERE we have already introduced you to

At the TAG Heuer VELAFestival to save the Mediterranean.

From May 2 to 5 in Santa Margherita the big sailing festival will have an “eco” soul. Zero-impact boating solutions, eco-sailors, meetings, green boats, gadgets and prizes Under the banner of sustainability. The Mare Nostrum is in danger and we

VelaFestival 2019: from charter to Ice Cup, here’s the latest news

New week, new entries among the companies that have confirmed their presence at VelaFestival 2019, May 2-5 in Santa Margherita Ligure. This week we are going to explore some charter companies and reveal a preview of the first of the