Sailor of the Year, the “chosen by you”: you pointed them out to us, now vote for them!

We had asked you if there was anyone missing from the list of the “magnificent 100″ vying for the 2015 TAG Heuer Sailor of the Year, in your opinion. In just a few days our mailbox was filled with dozens and dozens of nominations: serious, joking, moving, “sly.” Having eliminated the nice but hardly sustainable nominations(such as the one of the hens engaged in the world tour with Matteo Miceli), 20 names remained, including people and boats. As the time for you to submit candidates has expired, we now show them to you, one by one, at the bottom, with the reasons you give.

We remind you that you have time to vote for your favorite until February 20: the two candidates who receive the most preferences will be included by right among the top 50 who have passed the first “ordinary” TAG Heuer Sailor of the Year selection.

VOTE FOR YOUR FAVORITE AMONG THE TWENTY SAILORS CHOSEN BY YOU! 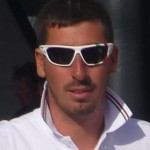 IGNATIUS BONANNO
“The monotype par excellence for more than 30 years, in terms of numbers, is the J24 with more than 250 units still racing in Italy. I don’t think there is a monotype in Italy with these numbers. The strongest and winner of several Italian and European titles in this class is Ignazio Bonanno of the Italian Navy. He cannot not be among the candidates in the monotype section.” Application submitted by MarcoJ24 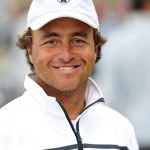 LORENZO BRESSANI
“In my opinion you are forgetting about Lorenzo Bressani, one of the strongest Italian helmsmen and tacticians who in 2014 challenged himself together with Giovanna Micol on the Nacra 17, performing well in international regattas. Plus he is the skipper/helmsman of Lino Sonego Team Italia, we needed an Italian among the Extreme 40s!” Nomination submitted by Enrico Faranesi

UBERTO CRIVELLI VISCONTI
“Uberto Crivelli Visconti, already a Laserista of excellence in past years, last season won the Italian title in D-one, also taking third at the world championship, and won the Chico in 49er. Now let’s see how this season will go, but he is an athlete of the highest level and I think he deserves at least the nomination.” Nomination submitted by Theo Malpassuti 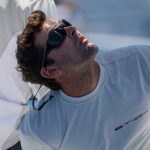 Only if you’re not a helmsman you don’t count!” Self-application 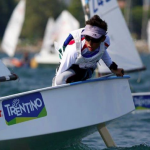 DAVIDE DUCHI
“On the sailor’s competition is missing David dukes.
He won:
the regatta with the largest number of participants in the world
Italian team
Lombardi
Silver Optimist
Participated in the world championship.” Self-application 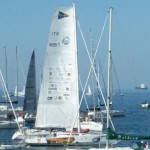 ECO40
“I propose the candidacy of Eco40, the boat with which Matteo Miceli is doing the Rome Ocean World, the solo round-the-world race from Rome to Rome with no assistance and no stopovers. I think it deserves special emphasis the ” 0% emissions” feature for the use of only “clean” energy derived from sun (solar panels), wind (wind generators) and water (hydroturbines) without any fossil fuels demonstrating that one can operate with full respect for the environment even in extreme endeavors.” Nomination submitted by Alessandro Decataldo 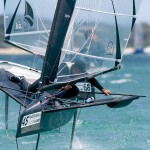 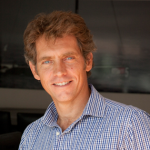 LORENZO GIOVANNOZZI
“Good morning,
I would like to point out the designer ing. Lorenzo Giovannozzi, a 15-year associate of the arch. Felci(http://www.felciyachts.com/curriculum.html) with whom he founded Felci Yachts, and who I think should be mentioned on occasions like this. Knowing him personally, I know how much he participated in the successes of their projects.” Nomination submitted by Giulio Molinari 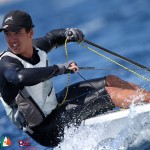 ZENO GREGORIN
“Zeno Gregorin (Oscar Cosulich Sailing Society of Monfalcone), class of 1995, LASER STANDARD Olympic class. In 2013 he was part of the Italian ISAF YOUTH World Champion team in Cyprus. In 2014 he achieved excellent results in national and international regattas. Of particular note is the first place Under 21 at the District Championship in Cagliari culminating then with the victory at the CICO in Riva del Garda as Italian Junior Under 21 Champion.” Nomination submitted by Marina Bertotti 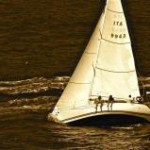 MAHATMA (STAG 32)
“I point to “Mahatma,” Stag 32 … class of 1984, which with a less than familiar crew, and Dacron sails (not new) gave Red Globule a bit of a beating with haughty, gassed and full crew at the last Ponza Sailing Week.” Nomination submitted by Luigi Esposito 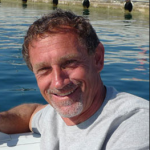 LORENZO MAZZA
“Only one name: Lorenzo Mazza” (Florentine born in 1962, he has been involved on the high seas since ’81, winning in IOR and IMS, even an Admiral’s Cup. An America’s Cup veteran, in ’83 he was on Azzurra, in ’87 on Italia, and in ’92 on Moro di Venezia. With Luna Rossa he participated in the 2000 and 2003 campaigns, winning in 2007 as trimmer on Alinghi, ed.). Nomination submitted by Maddalena De Zambiasi 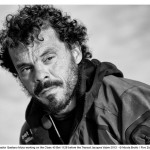 GAETANO MURA
“He has five ocean crossings to his credit of which two are solo. He has raced full-time on the Mini 650 circuit in Italy and abroad. In July 2013 he embarked on the adventure of Les Sables-Horta-Les Sables, the first major regatta on the new boat a class40 designed by Manuard, and together they finished third in the return leg from the Azores and fifth overall. In November he participates in the prestigious Jacques Vabre transoceanica (from Le Havre in France to Itajai in Brazil) where despite dismasting he manages the feat of staying in the race and touching the finish line. And this year, in order to sail, given the economic situation in Europe, the Sardinian sailor is launching crownfunding sailing: fundraising in exchange for visibility of those who support him on his boat during the races. “I’ll put your picture on the hull. Never forget your dream.” Nomination submitted by Federica Gattei 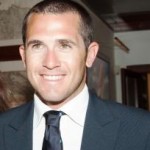 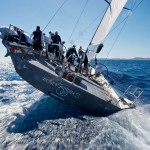 ROBERTISSIMA III (JV72)
“I just read the February Sailing Newspaper where I find among the sailors of the year nominees Roberto Tomasini Grinover. I then scroll through the paper and find a feature on the same owner and, most importantly Robertissima III, his mini maxi Judel Vroljik 72, formerly Ran, which won some of the most important regattas in 2014. So why didn’t you include this one that is the most beautiful and successful one-off boat of 2014?” Nomination submitted by. Corrado Masetti 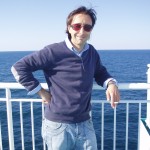 ALBERTO SACCHETTO
“Good morning!!!
I nominate ALBERTO SACCHETTO as sailor of the year.
motivation: passionate since he was in his mother’s womb 😀 .
after years without a sailboat due to giving up for the birth of 2 daughters…now in 2015 he managed to fulfill his dream again and bought his comet 333 !!! ..he will take his wife and 2 little girls aged 1 and 2 years old to the adventure !!! I vote for him !!!” Nomination submitted by Elisabetta Bighetti 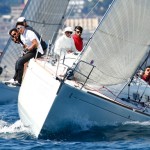 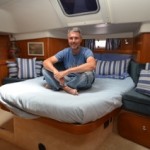 ROBERTO SOLDATINI
“…I am not quite sure what you mean by motivation. If they are the ones to be included among the 100 sailors, I could tell you that in four years I have covered 14,000 miles solo with my home boat, a Moody 44. And here is the cv:
Let me introduce myself, Roberto Soldatini. I am a conductor, composer and cellist. After many years of my career, I decided, for various reasons, to let go of my moorings. In 2011, I sold my house, bought a sailboat and set out on my own with no experience. For four years the boat has been my home. I sail 7 months of the year solo and the other 5 winter in port. I told my story in the book published by Nutrimenti, “The Music of the Sea.”
Greetings from Naples
Roberto.” Self-application 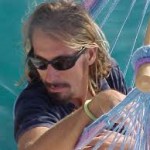 ENRICO TETTAMANTI
“I suggest Enrico Tettamanti, kamana project around the world, number one navigator, I would say can’t miss” (we told you about it here: https://www.giornaledellavela.com/content/html/index.php?s=Da_Panama_allAlaska_via_Hawaii_il_viaggio_diLe_gigantesche_chiuse_del_canale_di_Panama_lasciano_spazio_al_Solaris_72_che_pu_cos_fare_rotta_verso_le_mi&page=nodeDetail&idRecord=19914, ed.). Nomination submitted by Dario 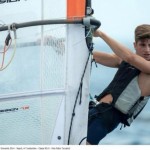 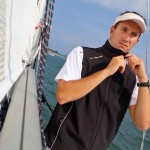 ENRICO ZENNARO
“kindly Sailing Newspaper,
as you suggested, I am reporting with this e-mail that my name has not been listed among the 100 deserving sailors 2014.
Here is a list of my top 2014 achievements:

I won a World title (Swan 60) and two Italian titles (Minialtura and UFO 28). the Italian Minialtura championship had 54 competitors entered and was judged by many magazines to be the most difficult and numerous Italian championship in all of 2014. The title of the UFO28 class recognized by all as a very fierce class full of professionals, I won it without ever having raced a regatta in that class before. The Chioggiavela Events I won them as helmsman of Moro di Venezia while the Veleziana in its record edition (152) entries I won as helmsman of Pendragon. Although there were only 6 entries in the Melges 24 category, I won the Key West Race Week regatta (a very important regatta) as helmsman of Little Wing. Another noteworthy regatta is the Nord Stream Race that took place between St. Petersburg, Helsinky and Flainsburg (in Germany).” Self-application