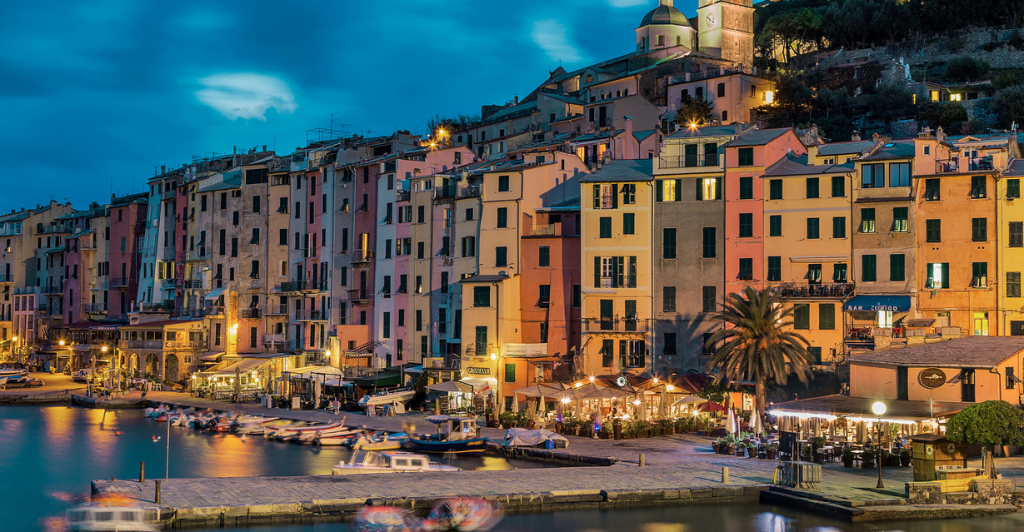 Beginning with the first installment, dedicated to the northern Tyrrhenian Sea, our journey of discovery of the main marinas and equipped ports on the Italian coast begins: we will start with an overview of the mooring situation (complete with indicative prices), then we will point out an ideal itinerary and finally propose the “list” of marinas in the analyzed area. 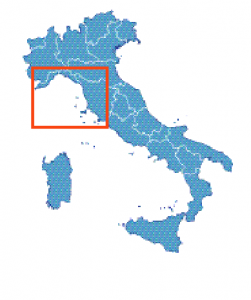 NORTH TYRRHENIAN SEA. NAVY ANALYSIS
Liguria, Tuscany and the islands of the Tuscan Archipelago: these are the three tourist areas bordering the Northern Tyrrhenian Sea and in which the natural, historical and artistic beauties are truly countless. In addition, the mooring solutions are countless as there are nearly 40 thousand berths available in the 38 marinas and equipped ports in the area. From an economic point of view, however, average rates would recommend choosing marinas in the Tuscan area, whose peaks reach 7,500 euros per year compared to 8,500 euros for Ligurian facilities. Of course, for those arriving from cities in Piedmont or Lombardy, it is cheaper and easier to reach ports in Liguria. In short, it is a choice that must be weighed on a case-by-case basis. Among the main developments that we have been able to see in recent seasons, we should highlight the progress that is taking place in Elba Island’s marinas, which are increasingly equipping themselves to attract a permanent clientele and not just seasonal ones. Along the coast, however, those marinas have progressed that also become the hub of life on land in the area, as in the case of the Marina di Cala de’Medici in Rosignano Marittimo (Livorno).

THE ITINERARIES.
Liguria, from west to east
Looking “toward” France the first interesting center in western Liguria is San Remo, the city of flowers, the Casino and the Song Festival. Beyond Imperia stretches the Riviera dei Fiori, whose most characteristic places certainly include the village of Cervo: perched on a promontory, it is an ancient fishing town, famous for its medieval castle and the Baroque church of San Giovanni. In the Riviera delle Palme, the next coastal stretch in the province of Savona, there are other interesting villages. Such as Alassio, a tourist resort known for the famous “Muretto,” Laigueglia, a colorful fishing town, and Noli, an ancient maritime republic built around the picturesque medieval castle. From here to the capital city of Genoa, the step is a very short one: the city, full of wonders, can be visited starting from the Porto Antico, where the Lantern, a lighthouse symbol of ancient power and erected in 1543, towers. Walking up through the carrugi toward the historic center, one can admire several monuments such as the Ducal Palace and the Prince’s Palace. Also beautiful is the two-colored Cathedral of San Lorenzo, while heading back toward the sea one discovers the giant Marine Aquarium.

East of Genoa begins the eastern part of Liguria, rich in as much beauty: the first are the enchanted villages of Camogli, Portofino, Santa Margherita Ligure, and Sestri Levante. Beyond the Gulf of Tigullio, in the province of La Spezia lies the Cinque Terre, five miles of rocky coastline overlooking the sea that is home to the five enchanted villages of Monterosso, Vernazza, Corniglia, Manarola, and Riomaggiore. Equally fascinating is then Portovenere, a village lying on the promontory facing the islands of Palmaria, Tino and Tinetto. At the opposite end of the gulf is Lerici, built by the Pisans, along with the rocky Castle, in the 13th century atop the promontory.

Tuscany, a coast to envy
Region that the world envies us for its historical, cultural and natural uniqueness, Tuscany has a coastline of about 250 miles that is a combination of blue waters and beaches, cliffs and pine forests, parks and protected areas, that allow those who set course in these parts to enjoy a vacation that is always unique and exciting. Here are the main beauties near the sea, not forgetting that landing in Tuscan marinas is not difficult to reach even the beautiful Florence. On the sea, however, the first interesting area is Versilia: a coast surrounded by the Apuan Alps, home to the fashionable Viareggio and Forte dei Marmi. Further south is the delightful coastline of Pisa: Pisa, needs no introduction with the Leaning Tower and Piazza dei Miracoli. Once past Livorno, the Etruscan Coast then begins: famous for its clear sea, it is home to long beaches of pale sand, such as those at San Vincenzo and the Gulf of Baratti, the latter dominated by the ancient fortress of Populonia. Past the ancient and charming Piombino, another stretch of inimitable charm opens up, that of the Maremma, famous for its wilderness of hills, marshes, bays and reserves that are the realm of the butteri, the Tuscan cowboys.

The area’s capital is the town of Grosseto, home to an ancient Medici fortress and the 14th-century Cathedral of San Lorenzo. Also in Maremma is nestled the village of Talamone, while the wonderful promontory of Monte Argentario juts out from its coast. Basically circular in shape, it is home to stunning cliffs, bays and beaches, as well as the village of Orbetello. Finally, inland from Argentario and up the Albegna River you can reach the ancient and beautiful spa town of Saturnia.

Those islands in the Tyrrhenian Sea
Seven and gathered in the 80 miles of sea facing the region, the islands of the Tuscan Archipelago are rare gems to be discovered. The largest and most touristy, but no less beautiful, is Elba: Along its arched coastline are several bays not to be missed, such as those of Cala Pisciatoio, Cala Perla, and Ansa di Cavoli. No less alluring are the island’s beaches, above all those of Cavo, Palombaia, Fetovaia and Le Ghiaie, the latter of which is very white and has crystal clear water. Also magical are the island villages, from Portoferraio to Porto Azzurro.

Just north of Elba is then Capraia, an island to be seen if only to admire the beautiful Cala Rossa, which opens up near the volcanic Punta Zenobito. In front of Argentario here appears the island of Giglio, with the pristine Cala delle Caldane and Cala Campese, and that of Giannutri, famous for the bights of Golfo Spalmatoio. Finally, the three smaller Gorgona, Pianosa and Montecristo complete the archipelago: they too are home to natural wonders to preserve which the islands can only be reached by organized tours.

Port of the Maremma
www.portodellamaremma.it 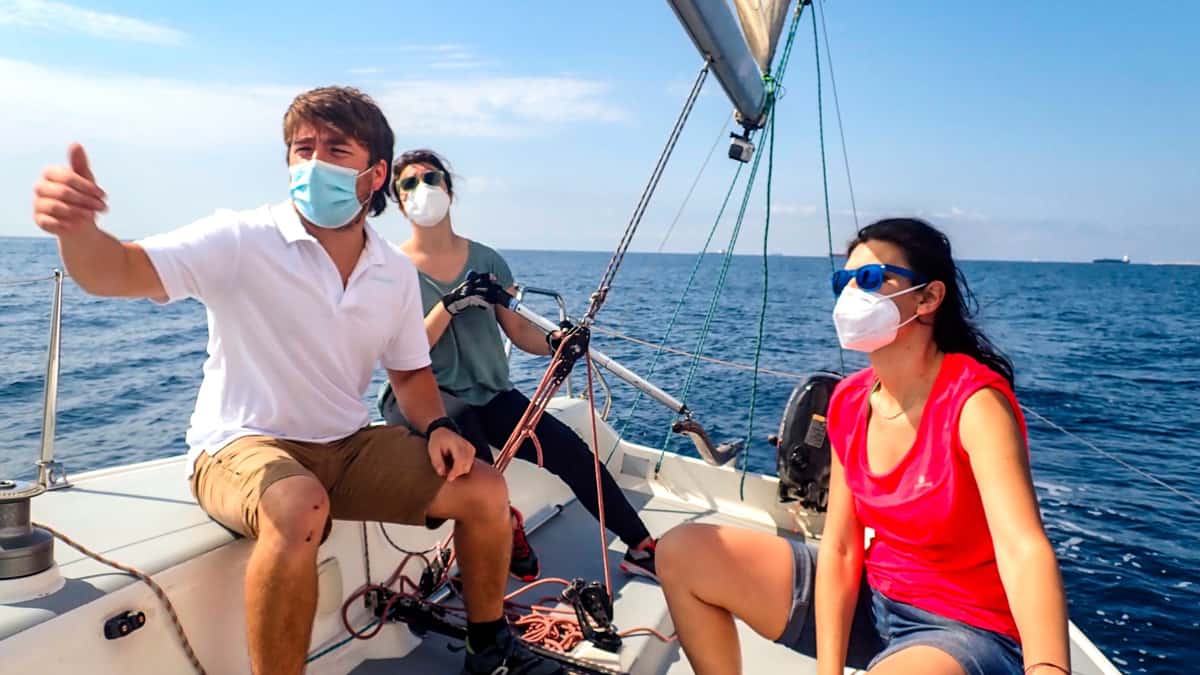