Natalia, or how to become European ORC Champion in four years (as a perfect sailing layman) 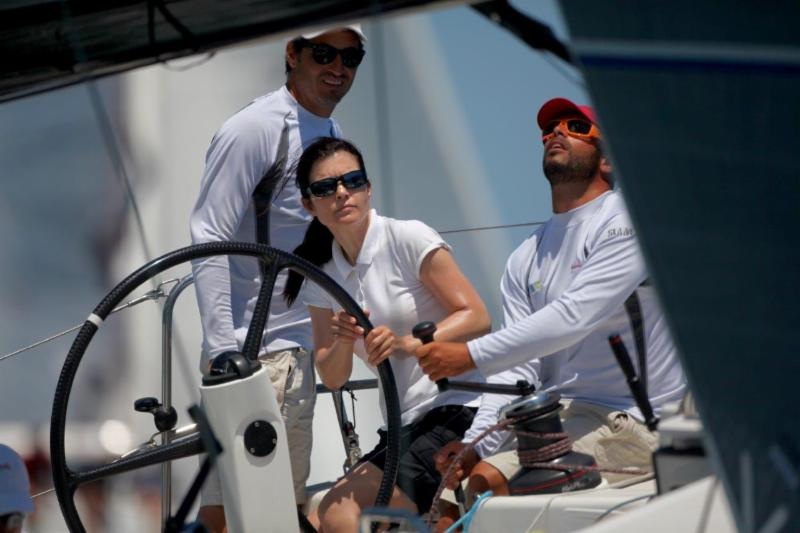 Throw in the fact that she is the first woman to win as a coxswain at the European ORC championship held in Valencia and that only four years ago she had never touched a rudder in a regatta. This is enough to proclaim Romanian-but Italian-trained regatta character of the month, Natalia Brailoiu, the most successful female helmswoman in the recent history of competitive offshore sailing in the Mediterranean.

It all started when in 2010, aboard a Swan 42. A few months later he began his career as “owner/driver” of “Natalia” sailing number ROU 1 at the Copa del Rey, at the helm was Lorenzo Bortolotti. She watches him and realizes that he can do it. Since then he has not let go of the helm of his Swan 42, winning the Swan Cup in 2012 and the Rolex Giraglia inshore races in Saint Tropez in 2013 and 2014. And now came the victory at the European Championship. But who said women in boats can’t do anything?

In the following lines we asked Giovanni Sanfelice, who boarded Natalia, to tell us how things work aboard ROU 1 and to sketch the character of this successful “owner-driver.”

THE ACCOUNT OF THOSE WHO KNOW HER WELL
If we could go back to four years ago, perhaps things would seem less obvious. Indeed, it began at the 2010 Copa del Rey in Palma de Mallorca the adventure of Natalia Brailoiu and her Swan 42, which on that occasion had Lorenzo Bortolotti at the helm. One of the most frequent questions I have been asked and reiterated since then is, “What language is spoken on board?” Effectively it was new for everyone to run with sail number ROU 1. The 4-page newspapers that are usually distributed there at the dock with small shots on the regatta gave space to the debut of the “primero equipo Romanian en toda la historia de la Copa del Rey.” 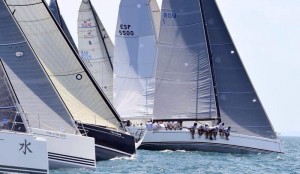 NATALIA LEARNS FAST
An attempt was made to speak as much English as possible, but we soon became suspicious that they understood our Italian much better. Eh yes, Romanian and Italian are not as far apart as one might think, far from it, and Natalia in the first place learned very quickly. She has gone further, because now she is no longer afraid of dialects: Genoese, Triestìn, Livornese, Roman, and so on. I think soon it may almost come to speak them all…. Neither did the “eclectic” Portuguese tactician Diogo Cayolla and the native Spanish speakers of the crew, already well broken in to the temperaments of Italic racers and often protagonists between the buoys in our waters, actually need English.

“PATELLA LA STAYSAIL”
All this is to say that passed together these years, Italian would seem to have taken off, net of a few understandable mistakes-“rotula la staysail” instead of “arrotola,” or “bravi ragazi, avete fato un lavoro de la maddona”-and without considering that after all, Portuguese is closer to Romanian than Triestine is to Roman. The chemistry came mainly through work, and language differences became a good excuse to learn from each other. 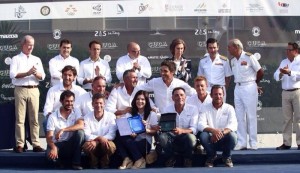 MANIC ATTENTION
Preparation and knowledge of the boat have grown exponentially, and today hull sails and equipment are taken care of in every detail, with the true belief that they can be faster and faster. Natalia deserves credit for taking the wheel into her own hands by learning to helm at high levels by improving after every single hour spent at sea, and her husband George Brailoiu for believing in these people and being the first of the program’s supporters. Well done Natalia, you deserved to win this European ORC in Valencia. It was not so obvious!