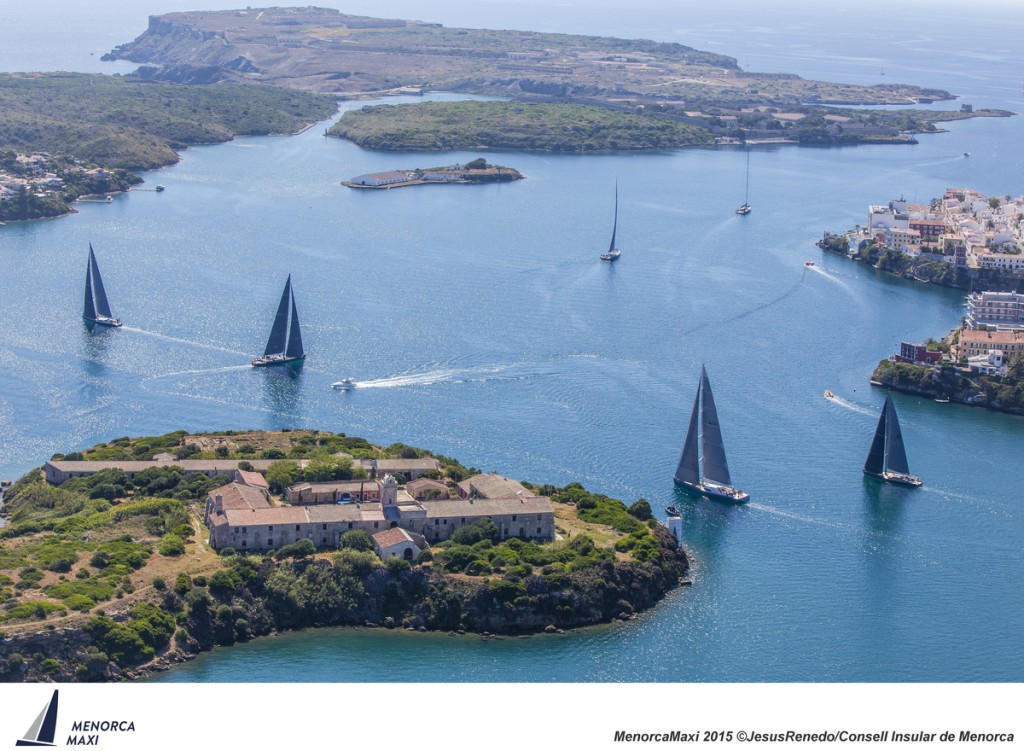 The story of my journey to Menorca, where, in Mahon, the second edition of the Menorca Maxi Regatta is being run, begins with a recommendation. On the plane, bring headphones with which to listen or pretend to listen to music, or a book, or anything that makes you appear engaged and refractory to conversation: just to avoid being placated by a seat neighbor who throughout the flight lists the flaws and insecurities of the plane (“my uncle was the first man to fly Concorde to New York, trust what I say. This aircraft-he actually said aircraft-is not safe!”). Mahon, with its incredible natural inlet, is always stunning. Especially now, when the weather is summer but we are still in the off-season. Two interesting facts: the house where Lady Hamilton, Horatio Nelson’s mistress, lived is located here, and it seems that mayonnaise was invented in Mahon. But let’s not digress. 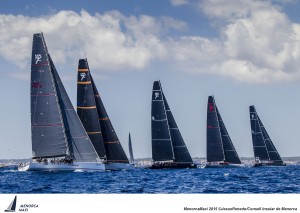 SAILING’S ELITE CHALLENGE EACH OTHER IN MINORCA
Today I went out to sea to follow the third day of racing. As many as 12 Wallys are competing (three more than the first edition), perhaps there has never been such a crowded event: Galma, Inti, Lyra, J One, Kenora, Magic Blue, Magic Carpet Cubed, Open Season, Ryokan 2, Sensei, Tango G, Y3K. Five, on the other hand, are the Maxi72s, the novelty of 2015 (last year’s protagonists had been the J-Class): Caol Ila R, Jethou, Momo, Robertissima III of Sailor of the Year Roberto Tomasini Grinover and Shockwave. The crème de la crème of international sailing is concentrated on the Minorcan docks, with racers straight from the America’s Cup, Volvo Ocean Race, Olympics and World Championships: scrolling through the Wally’s crew list, for example, one reads names such as Jochen Schuemann, Pepe Ribes, Luca Bassani, Flavio Favini, Tiziano Nava, Silvio Arrivabene, Lorenzo Mazza, Marc Pajot, Alberto Leghissa, Nicola Celon, Santino Brizzi, Chicco Fonda, Michele Ivaldi, Diego Negri, Matteo Auguadro. And trust that we have mentioned very few of them. Gorgeous boats, strong sailors, dream location. There will be fun to be had! 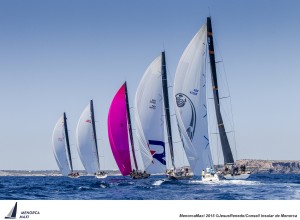 NACHO, “NATIONALIST” SAILOR
We go out to sea to reach the race course, at the exit of Mahon Inlet. On the dinghy with me are a Spaniard, a German and an Englishman. It sounds like a joke but it is not: Nacho, the local yachtsman who drives the dinghy (and speaks only Spanish) enjoys the throttle and especially, once we’re out on the open sea, he laughs heartily under his breath at seeing the British journalist take a few backs for the waves. The British ruled Menorca for centuries, and left not before getting Gibraltar from Spain in return, Nacho tells me. I keep quiet about it. I’d better not tell them I’m from Genoa, since my fellow citizens in the 12th century blew the island to the Muslims. 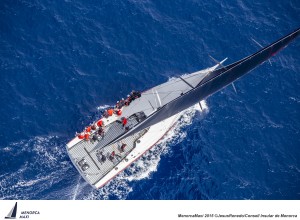 SUPER MOMO, BAD ROBERTISSIMA
We arrive on the course: a light breeze between 5 and 8 knots, from the north-northeast, allows both Maxi72s and Wallys to be given the start. A bit more fun, to follow, the race of the firsts since the class is governed by a box rule that makes the boats quite similar. Momo, designed by Rolf Vroljik for shipowner Dieter Schön, built by Bergamo-based Persico shipyards and launched in late 2014, is on a great day today. Two trials, two first places for the boat that has some Italian super sailors on board (the aforementioned Ivaldi, Negri and Auguadro). I was rooting for Robertissima III, but the award-winning firm of Vascotto & Grinover performed less well today than usual-especially in the second race, when the Triestines were penalized by an eastward wind shift in the first upwind while on the left. They turned the last buoy by quite a bit, except for catching up at the expense of Shockwave. Unfortunately, with today’s two quarters they slipped to the bottom of the overall standings. 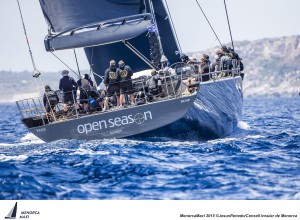 THE MAGIC CARPET WAR – OPEN SEASON
Among the Wallys, the distances are much greater; these are very different boats in length and philosophy: range from boats such as Lindsay Owen Jones’s WallyCento Magic Carpet Cubed, born to race, to hulls such as the Kenora, 33 meters in length launched in 1999, decidedly more of a cruising vocation. Today’s first trial was won by Open Season, the fast 107-footer initially designed to stay within the WallyCento box rule, but later expanded by Judel and Vroljik. In fact, the seven-foot increase in length (and bulb, increased from 6.20 to seven meters) definitely boosted the competitiveness of the boat, which literally dominated the first trial and also won on handicap. 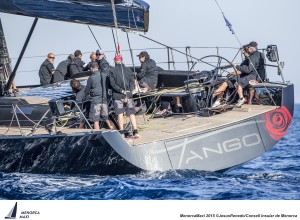 The second was won by the Magic Carpet. The overall ranking, however, sees Tango G, a beautiful 80-footer from 2006 recently optimized for the racing world after a past as a leisure boat, in the lead. Tango G (owner the Egyptian-but Lebanese-raised Charif Souki) is a three-cabin version of the Wally 80 (whose naval architecture is by Farr Yacht Design) created as a performance cruiser with significant interior volumes (created in collaboration with Lazzarini Pickering Design). Like every boat churned out by Luca Bassani’s yard, it is marked by easy sailing and ease of handling in a small crew: there are only 4 winches in the large cockpit, dedicated to halyards, mainsail, jib and gennaker. 24 meters long (and 5.96 wide), it fishes 4 m and has a displacement of 433.5 tons, with a pre-impregnated carbon composite hull. The sail area is 321 square meters. On the way back, it’s a busy time at the dock, with crews slaving away and shipowners who, with rare exceptions, are enjoying an ice-cold beer at the many waterfront cafes. Tomorrow is the last day of racing.

THE VIDEO OF THE DAY