Latifa throws down the gauntlet, Eilean responds. A vintage match race between twin hulls built on a 1936 William Fife design and held in the waters of Elba Island. A one-on-one fought according to almost chivalrous rules: both hulls were helmed by the owner and a case of chamapagne was on board each boat. The hulls featured in this exciting challenge are Latifa and Eilean, boats already well known among vintage sail enthusiasts. The former, with its current owner Mario Pirri, completed a round-the-world voyage in 1994-’95 and numerous ocean crossings. Eilean, on the other hand, is the hull found in the Caribbean in 2006 by Officine Panerai of all people, who purchased it and moved it to Viareggio to undergo a lengthy restoration. 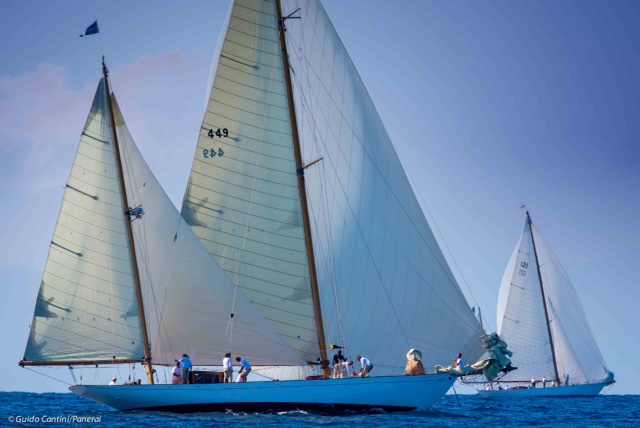 TWO CREATURES FROM THE SCOTTISH SHIPYARD FIFE&SON
Both Latifa and Eilean were built in 1936 by the Scottish shipyard William Fife & Son in Fairlie, which also designed them. The hulls are very similar, Eilean is 22.20 meters long while Latifa 21.33 meters long, although the sail rig is slightly different: the former is in fact rigged as a Bermudian ketch, while the latter is a Bermudian yawl. Also similar is the so-called “composite” construction, which consists of tightly clamping teak wood planking onto a framework composed of steel frames, stringers, and beams. Compared to Eilean, Latifa instead has a so-called “canoe-like” stern, that is, tapered like the bow. 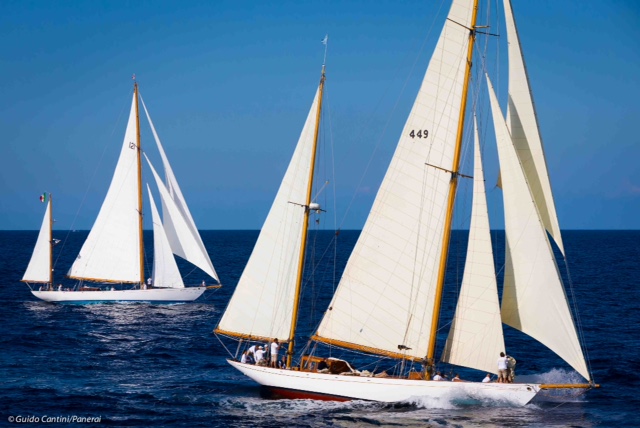 A FIERCE REGATTA THAT SAW THE FINAL VICTORY OF LATIFA

The regatta took place along this route: starting from Marciana Marina and circumnavigating the island of Capraia to cross the finish line still on the island of Elba: after a hard-fought and exciting regatta, it was Latifa who took the overall victory. Thirty-six total nautical miles to be covered. The two coxswains entrusted a coin toss to decide who would have the privilege of starting upwind of their opponent, and fate favored Eilean. After the handshake, boats and crews left the dock with ideal weather conditions: temperatures over 20 degrees, excellent visibility, no disturbance and a light breeze from the northeast. Once out of the harbor and hoisting the main sails, Latifa and Eilean initiated the characteristic circling, the engagement with tacking and gybing that precedes the start of a classic match-race. At 10:25 a.m., with the wind at about 8 knots strong, the two boats went side by side and, after an agreed signal, started the challenge. With a handful of seconds to go, Eilean’s crew immediately impressed more power on the boat by hoisting sails such as the carbonera and asymmetric gennaker, which enabled her to reach 6 knots of speed and distance Latifa. 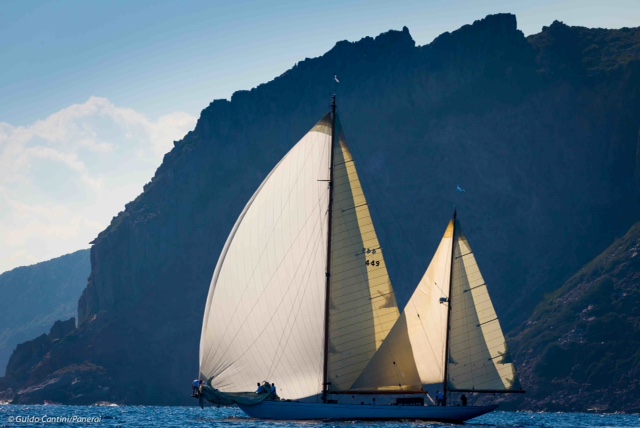 OVERTAKING THE ISLAND OF CAPRAIA
Between late morning and early afternoon Latifa shortened its distance, maintaining its position downwind of Eilean, but moving closer and closer to the island of Capraia. Around 2 p.m. precisely Latifa took advantage of a breeze below the coast that allowed her to turn ahead of the agreed upon buoy, a GPS point located near Punta del Ferraione. From that moment, his return to Marciana Marina began. Only after about half an hour was Eilean also able to gybe into the buoy and then give chase to Pirri’s boat. Meter after meter, Panerai’s ketch gained water, coming within striking distance of its opponent’s stern, but after five hours of racing, Latifa regained the right sail trim and restarted. With light airs everything worked in her favor, from the displacement of 40 tons compared to Eilean’s 50 tons in weight, the profile of the deckhouse, which is more aerodynamic and smaller in size than that of her opponent, to the cleaner hull compared to Eilean, who came to the challenge after a season during which she sailed no less than 2,500 sea miles. At 3:50 p.m., after about 22 miles traveled and considering the 16.5 miles to the port of Marciana Marina, having verified the impossibility of being able to continue sailing in the almost total absence of wind, Eilean officially notified Latifa that he was abandoning the competition and admitting defeat.

Facebook Twitter Youtube Instagram
PrevPreviousHistory of the Barcolana, where “at the buoy you ask for water, and they give you wine”
NextVolvo Ocean Race, now the challenge really begins. Here is his storyNext
In evidenza