Marina Hannibal, 50 years in the name of sailing 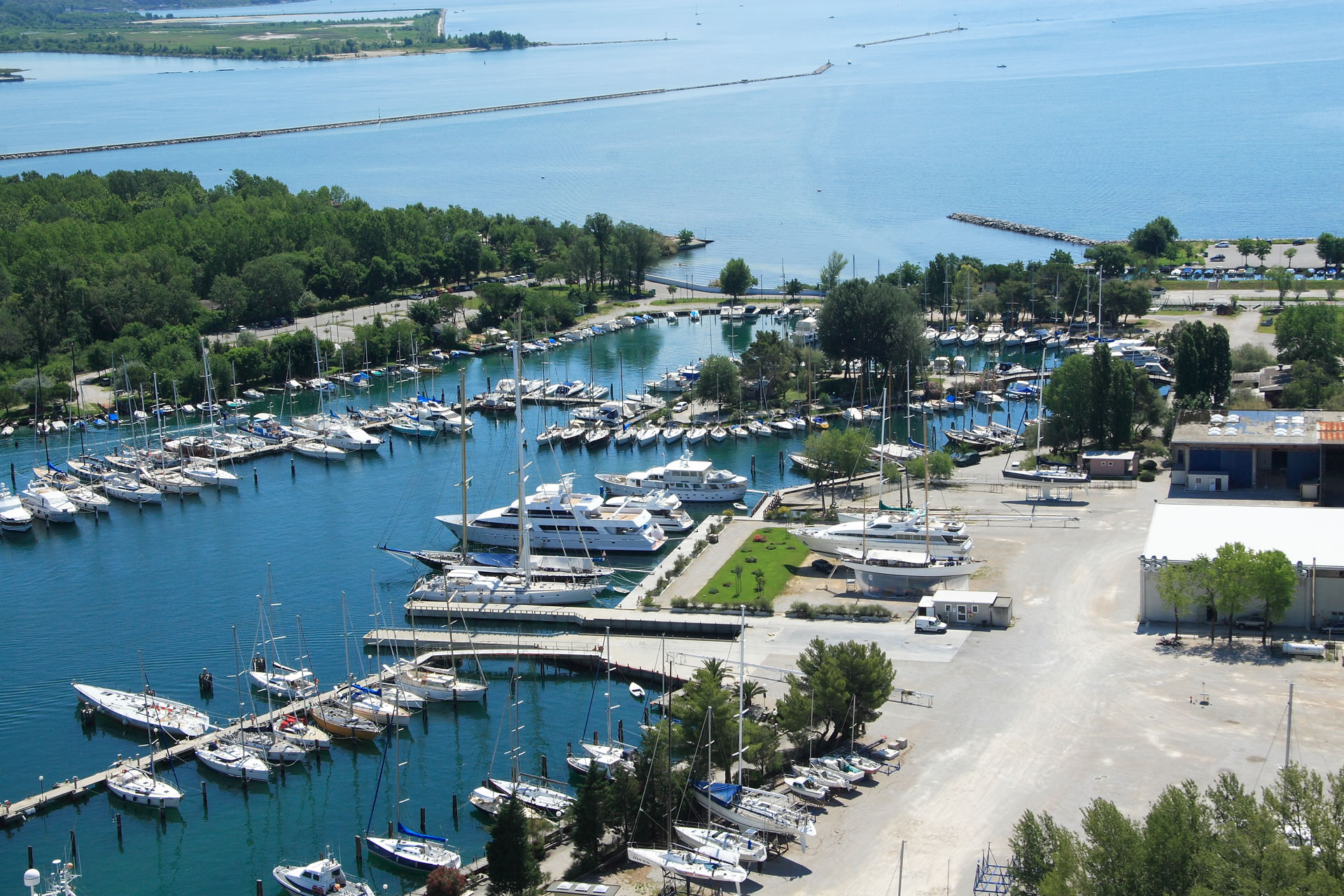 Fifty years old, that’s how old Marina Hannibal, one of the best-equipped facilities in the North Adriatic, is. A history that, even before its founding, is inextricably intertwined with the world of sailing. In fact, the idea of building a complex in Monfalcone with facilities and personnel capable of fulfilling any needs of boaters came from Olympian Sergio Sorrentino. It was 1956 when Sorrentino, together with his friend Hannibal “Hannibal” Pelaschier (uncle of the legendary Mauro), began training in the Panzano Basin on the Dragons. It was during training, exploring far and wide in this area, that Sorrentino identified the southwestern part of the basin as an ideal place to concretize his idea. Even the choice of the Marina’s name was Sorrentino’s doing: his friend “Hannibal,” in fact, was known not only for his sailing skills, but also for his skill as a shipwright.

A ROCKY START
Thus, in the early 1960s, the complicated bureaucratic process began, which then led, not without difficulty, to the start of construction. Just to give an example, it took about two years just to take possession of the area and as many years to finalize the purchase deed with the Ministry of the Navy. In the early days of August 1964, when the first foundation pile was driven in; at the time, the chosen area looked like a marsh made up of water, mud, sand and reeds. Over one hundred thousand cubic meters of spoil was recovered during the reclamation work, which was later used to build the Hannibal platform. Thus, the official opening was in June 1966. What seemed like a titanic undertaking was gaining momentum, with the blessing of another big name in sailing, the legendary president of world sailing Beppe Croce, who spoke to Sorrentino this way, “it is geographically located in the best position in Europe, between east and west, with Istria and Dalmatia opposite, for people who go to sea with the highest criteria of sailing. I envy you Sergio!” It is no coincidence that it was at Marina Hannibal that “Tito Nordio,” the first federal sailing school named after the great champion from Trieste, was founded.


THE HANNIBAL MARINA TODAY
Growth over these five decades has been steady, with expansion of facilities in the water and on land. Not only the technical ones, but also ground services such as bars and restaurants. Today the Hannibal Marina, well sheltered from both the Bora and Libeccio, has a total of 328 berths for yachts that can also exceed forty meters in length and ten meters in draft. In fact, the seabed of the Panzano Basin, which is up to twelve meters deep, allows even large sailboats access to the Marina. The canal waters then have a low salinity rate due to the presence of fresh water from the Soča River flowing out to the sea-a not inconsiderable advantage for cleaning the hulls. In addition to being able to carry out any type of work that is needed, the site still has one travel lift capable of lifting up to three hundred tons and a second one of eighty tons. The slipway is suitable for boats up to 160 tons. This is a great example of Italian excellence.