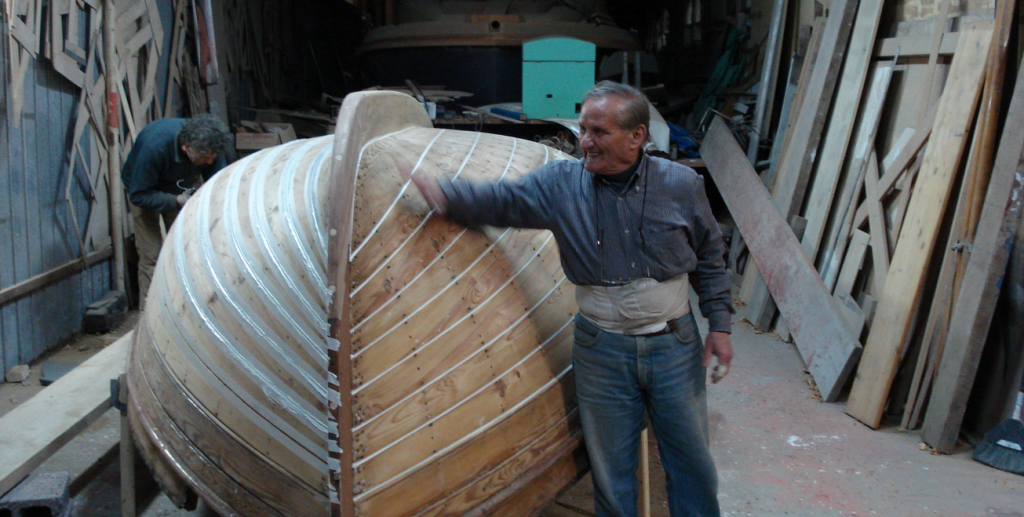 Recently, we told you the story of Spigola, the wooden boat built in record time in Trieste in the days leading up to the Barcolana. An initiative that served to focus attention on a trade, that of shipwrights, which is slowly disappearing in Italy. When all the “old guys” leave, who will be left to do this job, which is full of charm and attractive to young people, but made difficult by blind government “witch hunt”-style policies when it comes to boating? 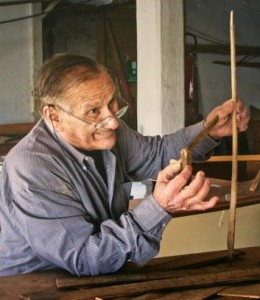 GONE IS A GREAT
Meanwhile, another great man has gone. Luciano Gavazzi said goodbye to us last August at the age of 83: the Tuscan builder and yachtsman began his career not even in his twenties, taking his first steps at the Cantiere Navale di Donoratico, founded after the war by Count Gaddo della Gherardesca. Gavazzi soon became a shipwright and in 1955 set up on his own, beginning to make dinghies. It started in a tiny construction site in Castiglioncello, then in 1974 moved to the plant located in Rosignano Solvay, along the Aurelia.

THE SHIPWRIGHT WITH HANDS OF GOLD
That Gavazzi had hands of gold was clear as early as 1956, when one of the Snipe he built, the “Miss K,” won the World Class Championship in the USA. In 1960 another of his snipes, “Mister Jack,” would be awarded the Golden Snipe. Then the Dinghy, Finn and Optimist.

I AM THE VAURIEN
But Gavazzi’s name is mostly linked to the Vaurien class (the drift designed in 1951 by Frenchman Jean Jacques Herbulot): the boat experienced rapid popularity since the early 1960s in France and Luciano pushed it to Italy. Until 1990 it was the only licensed manufacturer in the Boot. Since 1963, Gavazzi has given birth to 1,530 Vauriens (first made of acajou wood, then fiberglass), 3 of which have won a world title. To know how to build a boat to the best of your ability, you have to know how to go with it. In fact, Luciano Gavazzi won the Italian Vaurien in 1963 aboard his “Veba.”

MOTORSAILERS AND FIBERGLASS
Cantiere Navale Luciano Gavazzi then launched (while maintaining the production of small sailboats) into the construction of custom motorsailers: for example, the “Usodimare II,” ten meters designed by Aldo Renai from Livorno, was delivered in 1960 to Roman actor Paolo Panelli, husband of Bice Valori. The 1970s would be the years of the transition to fiberglass, with minitonners and the “Flying Fifteen” designed by Englishman Uffa Fox. 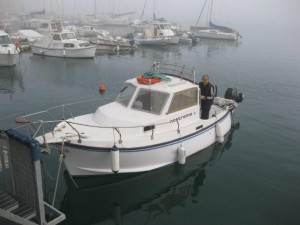 PILOT BOATS, GOITERS, FISHERMEN
In 1974, production of the first fiberglass goiter named “ALGA 510” began. Thirty years later, it is still possible to see early models of them sailing, demonstrating the excellent build quality, with no sparing in materials. In 1984, Gavazzi Shipyard’s first pilot boat, the “NOSTROMO 21,” was born. As many as 370 have been produced to date. Finally, the Shipyard’s flagship: the “NOSTROMO 25,” a classic yet modern cabin cruiser fisherman, also ideal for cruising. All this without ever abandoning his first love, the Vaurien.