INTERVIEW Vasco Vascotto, the invincible (who also dominates among the Farr 40s) 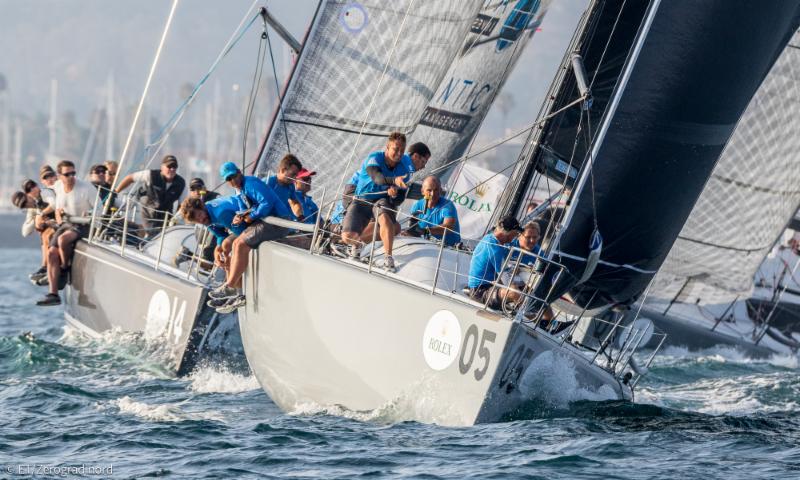 Alberto Rossi’s Enfant Terrible – Adria Ferries won, in California, the International Farr 40 Circuit: on board, as tactician, the unbeatable Vasco Vascotto. The International Farr 40 has worldwide validity, so there is a good chance that Vascotto will be able to play the Worlds, scheduled to take place in Long Beach at the end of September, as an absolute protagonist. And it is precisely the Muggiano sailor who is the protagonist of the interview we conducted on the occasion of his 25th world title won (in Puerto Portals, with the TP52 Azzurra), which you will also find in September’s Sailing Newspaper. 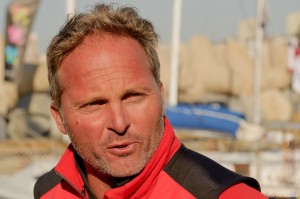 VASCO VASCOTTO, THE INVINCIBLE
Twenty-five world titles, a myriad of Italian and European championship wins, to the point that he himself cannot remember them all. Ladies and gentlemen, this is Vasco Vascotto, the most titled sailor between offshore and monotype. From J24s to Farr 40s, RC44s to Soto 40s, through ORC, ILC30s and IMS, he has won it all. Also the 1999 Admiral’s Cup, two bronze medals at the Isaf World Championships, five Giri d’Italia a Vela. In 2007 he was the skipper of Mascalzone Latino in the 32nd America’s Cup.

Of all your triumphs, which is the one you are most attached to?
Always the last one because I never have any memory of the previous ones! I consider the World Championship I just won with Azzurra to be special, because of the level of the fleet and because I triumphed with the YCCS sporting symbol boat. Credit is due to the whole team; this kind of sailing is a team sport. Without good companions and passionate owners, the twenty-fifth title would not have come: perhaps not even the first! I also remember with pleasure the J24 rainbow title in 1999, one of the still most popular monotypes on which so many of my opponents have won. Finally, the first love: in 1992 in Chioggia I won the first overall world Quarter Ton title on Jonathan VI, together with friends Michele Paoletti and Andrea Favretto. A Triestine crew from that “lever” that has well picked up the baton of the previous generation of sailors from my city.

A generation that taught you a lot …
Mauro Pelaschier, Roberto Bertocchi, my father. They were my first “idols.” I was born in Muggia, on October 10, 1969, a few days before the first Barcolana (a coincidence?). I started boating when I was six years old, on Optimists: never, ever would I have thought in my early days that I would turn this passion of mine into a profession.

You are a sportsman. Outside of sailing, which athlete do you most admire?
Valentino Rossi, a great champion whose results speak for themselves and a benchmark in managing his own image and communication.

Do you only use your brain in the boat or do you also rely on instinct?
The brain does most of the work, it is a kind of computer that stores, processes, and compares the information that comes to me from the strategist, the navigator, the helmsman, and what I see with my own eyes. Of course, sometimes the “heart” also plays its part. I fit in well, for example, with the Azure team, a “Latin” and party team. At the World Championships in Puerto Portals, a Russian journalist asked us why we were cheering like children after winning the rainbow title; a top team should be used to major victories. We replied to her that this is who we are, and we also exult over much less!

You were on Mascalzone in 2007. Would you do the Cup again?
Not on multihulls, I don’t like the new philosophy governing the America’s Cup. Speed has taken over and the way of thinking about racing tactics has changed. A way I don’t feel is my own. We hope to return to monohulls. As soon as possible, I might add, because I am 46 years old and time is running out. If I get this opportunity again, I think I would make the most of my experience in Valencia to make as few mistakes as possible.

No foil and flying boats for you in the future?
Never say never, right now certain kind of sailing is more suitable for young people, as long as we do not disperse what is “real sailing,” or if you prefer old sailing, the kind where tactics, tuning, etc. play a role…

You dropped out of the Olympic classes early. One regret?
In fact, a little bit sorry. On the offshore race courses and in the monotypes, however, I have had the opportunity to compete with the strongest Olympic sailors, and I must say that I have always fared very well.

Would you see yourself well in the future as a coach of the Italian Olympic team?
Some useful advice I could give even now, in the future probably yes, I would be interested, but under certain conditions: a good staff alongside and the freedom to make certain decisions.

When is the 26th rainbow title due?
Hopefully we will be able to win it soon, there are really many other world championships this season, starting with the Melges 32 and Maxi 72, both on Roberto Tomasini Grinover’s Robertissima. Then there will still be the RC44s on Peninsula Petroleum and the Farr 40 Worlds with Enfant Terrible, the team we won the 2015 ORC Worlds with.