INTERVIEW The sail-thinking of Lorenzo Bortolotti

Lorenzo Bortolotti, the titled Italian sailor (many offshore world championships between IOR and 12 m. SI, seven Admiral’s Cups behind him, two America’s Cups) who boarded the 100-foot Comanche as a strategist at the Maxi Yacht Rolex Cup in Porto Cervo, immediately flew to Newport where, aboard Leonardo Ferragamo’s Swan 42 Cuordileone, Will defend the colors of the Italian Yacht Club (as team coach and strategist) at the Rolex New York Yacht Club Invitational Cup from today until September 19. We interviewed him on the fly between engagements.

OUR INTERVIEW WITH LORENZO BORTOLOTTI
Your experience on Comanche: what it’s like to be a strategist aboard a 100
ultratechnological feet?
Racing in the waters of Porto Cervo during the Maxi Yacht Rolex Cup aboard Comanche represented a “Challenge within a Challenge” for me because of its uncommon speed and especially because of the depth of the canting keel, which reaches almost 7 m draft (6.70 to be precise, about twice as deep as our competitors), a measurement that was, to say the least, exaggerated and forced us to revise all our tactical strategies and of course to study and sound out every point, island, rock in the sea of the Costa Smeralda and the Bocche di Bonifacio.
What boat parameters should you take into account when processing
regatta strategy?
As mentioned just above this Maxi Yacht built entirely of carbon for only 20 tons displacement is capable of exceeding speeds of 30 knots while always maintaining averages above the true wind speed, this imposes an uncommon speed of reaction and decision-making and in particular requires minimizing tacking and gybing which of course have a major impact on the average speed of the race. So a more long-term strategy than what we are used to on hulls like Swan 45 or Tp 52.
What is it like to interface with a great such as Ken Read?
Fortunately for me, I have had the pleasure of sharing several Maxi World Championships with Ken Read (Sagamore, AllSmoke, etc.), our friendship also goes beyond the race courses allowing us to collaborate on various projects and especially in the development of new sails, given Ken’s current role as head of the North Sails Group.
Will you also take part in the Sydney Hobart on Comanche?
Unfortunately, this is not possible for me due to other work commitments, but I hope to be able to return to Comanche at an offshore regatta, conditions for which this project was conceived.
Trick question: do you prefer racing on Comanche or Swan 42s?
I would say offshore racing on Comanche, while always better the Swan 42 x inshore racing and between the buoys! Correct answer?
What is your dream boat?
Thanks to my father’s passion, I have been fortunate enough to sail on beautiful family boats from an early age, and among the many I have loved the most is the Swan 45.
What about the most beautiful place you have sailed?
Perhaps only Hawaii has excited me more than the Straits of Bonifacio (which remain from a natural point of view the most beautiful waters ever).Hawaii has on its side the immense power of the Pacific Ocean along with a pristine nature of the larger islands.
The sailor who has inspired you most in your career?
Certainly Lowell North: an extraordinary Olympic champion and at the same time an incredible engineer capable of bringing technological innovation everywhere!
The most curious episode that ever happened to you at sea?
Crossing the finish line of a One Ton Cup in Kiel after three hours of tacking in the fog without seeing your opponents and only finding out once you get ashore that you have won that race, sometimes it really is true that there is something above us and on that occasion we must have gone right for it!
We can say that you are a “seasoned” skipper. What do you think of the new America’s Cup, those of the flying boats, and the foiling phenomenon in general?
All extraordinary and logical because the America’s Cup is synonymous with innovation and unbridled research, although the true match-race has been somewhat lost with the advent of multihulls, perhaps the choice of new dimensions will allow for closer racing, however the world does not stand still!

WHO IS LORENZO BORTOLOTTI
He has been successfully engaged in competitive sailing since the 1970s. Today he is considered among the best Italian skippers and successful sports director of offshore sailing. Evidencing these figures is a career that has seen him win the world title five times and the European title once. This is the sequence: 1978, European 6 m champion. skipper of “Moby Dick.” 1984, world champion 12 m. skipper of “Victory 83.” 1989, Maxi-Yacht Icaya world champion, skipper of “Longobarda.” 1991, Two Ton Cup world champion, skipper of “Larouge” and IMS Maxi Yacht Icaya world champion, skipper of “Challenge 93.” 1993, Two Ton Cup world champion, skipper of “Larouge.” In addition to winning several Italian titles, he has participated in world-class competitions, always achieving top placings and making the podium. He has been to the Admiral Cup a total of seven times, four to the S.O.R.C., two to the Kenwood Cup and to the America’s Cup as skipper on the Italian team. Finally five times at the Maxi Yacht World Championship. At the same time he held positions as technical director and project manager coordinating implementation and management of international projects such as Almagores, Consorzio Italia, Consorzio Azzurra, Longobarda, Bribon VII, Larouge, Winston, Bribon IX, and Azur de Puig. He is a member of the Italian and Monaco Yacht Clubs and the Costa Smeralda Club. He is the founder of Nautor’s Swan Italy & Monaco in 1998.

PrevPreviousRegates Royales. All eyes on Cannes, and a special tribute to Florence Arthaud
NextMini Transat, six Italians to conquer the OceanNext
In evidenza 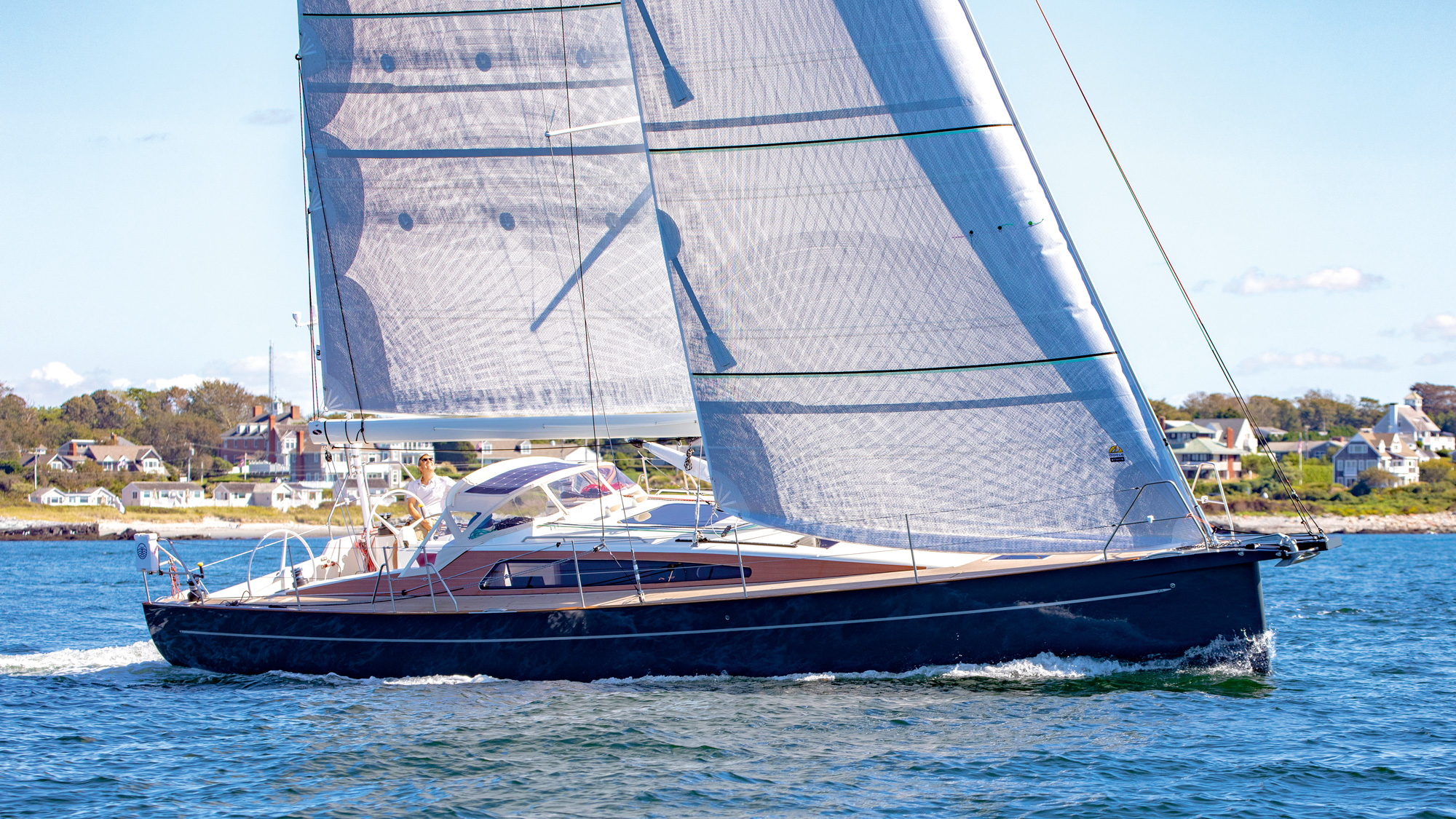 In America and Europe, we do not always think alike when it comes to boats. Demonstration from the nominees for the 2023 U.S. sailing boat “Oscars.” U.S. trade magazines Cruising World and Sailing World announced at theAnnapolis Boat Show, the