“I introduce myself, my name is America’s Cup. And I complain.” 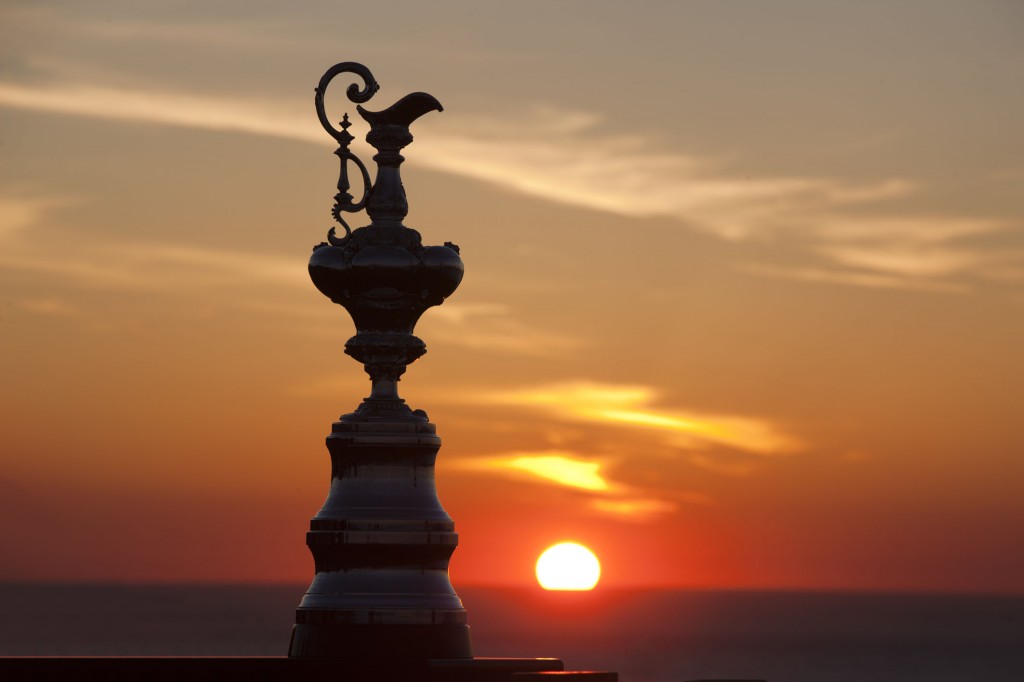 The venue for the next America’s Cup (to be announced by Oracle by December 2014), scheduled for 2017, is not yet known. The challengers, on the other hand, are there; there will be five: Team New Zealand, Team France, Ben Ainslie Racing, Artemis and our own Luna Rossa boys. Few, too few. Prior to racing in 2017 on the new AC62 foils, the AC World Series will be held in 2015 and 2016 on the AC45s, which do not have foils. The Oracle defender got what it wanted: an increasingly elite and prohibitively expensive Cup for challengers. Not surprisingly, Team Australia, initially chosen as challenger of record, threw in the towel.

Antonio Vettese put himself in the shoes of her, the America’s Cup, the most coveted history-laden “jug” in the sailing world. An increasingly “poor” Cup, complaining thus:

LET ME INTRODUCE MYSELF: I AM THE AMERICA CUP
“I am America’s Cup, an old lady with a stormy life, full of adventures. In 1851 I was donated by Marquis Henry William Paget as a prize for the regatta that was run around the Isle of Wight every year. A lot of people wanted me, especially the very rich people of the land with a passion for sailing, but I also entertained a lot of young people and I seem to continue to do so.

My age, my legend, have made me a symbol, not only of the sport of which I remain the oldest trophy still contested, but also of that magical interweaving of sports, nations, economics, technology. In my way, I am a heritage of humanity, not just the property of the last winner who keeps me in his bulletin board. Technology has been the magic word for years, because mine is an inexhaustible drive into the future-I am old, but I am like a compass needle pointing in the right direction. But now I’m struggling a little bit with it.

In San Francisco I was able to put my own spin on the show, as always. Now I feel a little tired and would like to find more cooperation, from everyone. The Oracle defender has been too much of a tyrant and has tired the Challenger of Record to the point of having him retire: the second in two editions after Mascalzone Latino is too much. And then the courts always needed to bring order to those who do not know how to be properly sporting. The five challengers in the next edition seem to me to be few: Luna Rossa, Artemis, Team New Zealand, Team France and Ben Ainslie Team.

I would like something more, more nations, more teams, more entertainment. I feel poorer and poorer, which for a queen is not worthy, no one respects to the fullest the Deed of Gift and its spirit which speaks of friendly challenge between nations. In the name of the sport that is a prisoner of marketing, which is devouring itself, they want me to change, and they have pounced on my formula false experts and sportsmen who know how to win but not to administer, who have worked without taking into account that it is precisely in my legend, in my hidden values that is my strength, and they thought that I should resemble any Formula One circuit. I am different and more noble: I don’t make noise, I don’t make a fuss. Dear Defenders and Challengers think twice, because if you go on like this sooner or later the public will be tired of me. And you will no longer be able to sell anything of what little is left of the dream.”