Here are the cleanest seas in Italy to sail this summer 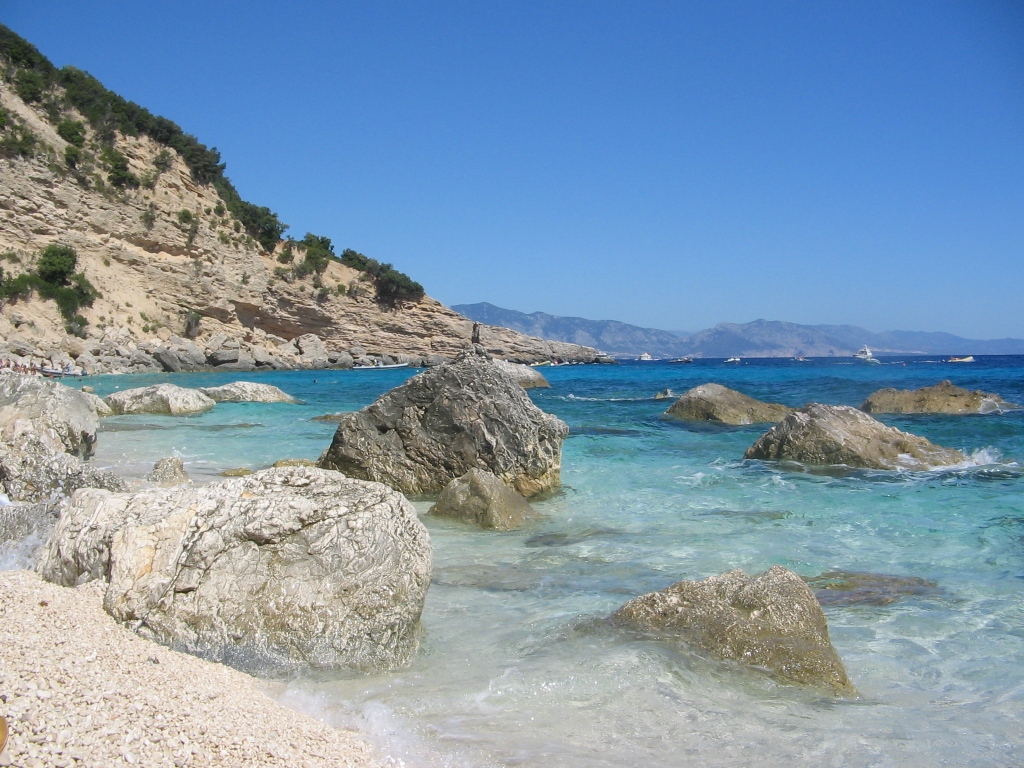 But what Caribbean! Our coastlines offer crystal-clear waters and dreamy nooks and crannies: if you are looking for places to drop anchor during your summer cruise, the 2013 ranking of 5 Sails, compiled by Legambiente in collaboration with the Italian Touring Club last year (but still more than valid!) and published in the famous “Blue Guide” will be for you. Beautiful seaside locations between the Tyrrhenian, Ionian, and Adriatic seas where quality and environment go hand in hand. Let’s take a look at the ranking, which is based on quality tourism offerings combined with sustainable land management, landscape preservation, excellent services offered with full respect for the environment, and high-level food and wine. 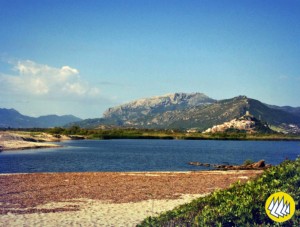 1. Posada (Nuoro)
It is one of the most scenic towns on the east coast of Sardinia. It rises on an isolated limestone outcrop and dominates the alluvial plain formed by the Rio Posada, ideal for water sports and kayaking. Posada can boast ancient origins, and archaeologists assume that in the fertile alluvial basin stood the city of Feronia,mentioned in ancient sourcesbut not yet come to light. The town, dominated by the ancient Fava Castle, parts of which are preserved, especially the tall square tower, consists of two distinct nuclei: a medieval one and a “new” one, developed along the SS 125 at the foot of the hill. Today the old town, once surrounded by walls, looks rather run-down but its urban fabric has remained intact, with houses clinging to the slopes of the cliff. In the highest part stands the parish church of St. Anthony Abbot (1324), rebuilt in the 17th century. Not just a seaside tourist destination, Posada has developed toward the sea thanks to its beaches and the picturesque hamlet of San Giovanni, protected by an Aragonese tower that dominates the bay bordered by beaches. 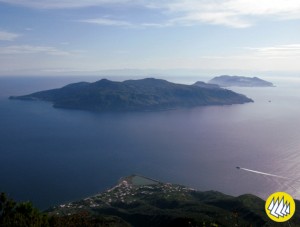 2. Santa Marina Salina (Messina)
On the eastern coast of this beautiful island of the Aeolian archipelago, at the foot of Mount Fossa, lies Santa Marina di Salina. It is the main gateway to the island because almost all of the goods and tourists that reach this paradise pass through here. More seafaring than the other island municipalities, it stretches along the coast in a flat stretch that has always favored contact with the island and also the creation of a marina that can offer protection to vessels in all sea conditions. Near the harbor you can visit the church of Santa Marina, dating back to 1725. Behind it begins Via Risorgimento, once called “U Stratuni,” a real urban artery that runs through the town. Along this street, which has been transformed into a pedestrian island, there are numerous small stores, within which one can admire and find many of the typical products of the archipelago, from capers to Malvasia wine (natural, passito or fortified) to handicrafts. Also renowned is the hamlet of Lingua, characterized by a beautiful promenade, always closed to traffic, and a long beach that precedes the brackish water pond from which salt was once extracted. Another very important and invaluable element is the Ethnoanthropological Museum, which has been joined by an archaeological museum since 2009. However, it would be a mistake to think that only the sea exists here. If you take the climb to the crater of Mount Fossa delle Felci (962 m), the highest point in the entire archipelago, you will discover why Salina is considered the greenest of the Aeolian Islands. Typical scrub plants grow along the slope with heather, strawberry tree, cysts, broom, lentisk and honeysuckle while at the top of the mountain there is a lush forest of maritime pine, Neapolitan alder and chestnut trees. 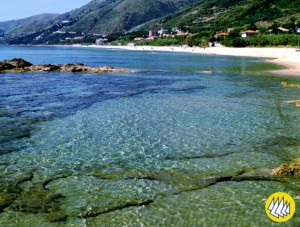 3. Pollica-Acciaroli-Pioppi (Salerno)
In addition to natural beauty, a splendid sea and beach facilities, there is one more reason to visit Pollica: the memory of its mayor, AngeloVassallo, who was killed for wanting to defend his municipality from environmental and other havoc. So the five sails awarded to this resort, nestled in the Cilento and Vallo di Diano National Park and overlooked by the cusp of Mount Stella, are well deserved. Rising in the hills between Punta Licosa and the mouth of the Alento River, Pollica is first mentioned in historical sources in 1113. At that time it was just a village that,at the end of the 13th century,was sold to the Capano family,originally from Rocca di Cilento,who,with the title of princes,held it until the extinction of their lineage,in 1795. The castle of the Capano Princes was remodeled in 1610, and today the beautiful three-story square tower, each adorned with a single lancet window, dominates the small town. Inside, the service rooms have been preserved almost intact. The Franciscan convent of S. Maria delle Grazie dates from 1611: its church has a single nave and is decorated with stucco. Noteworthy are the 18th-century wooden choir, the organ (1741), the wooden coffered ceiling, as well as that of the sacristy. The church of St. Peter (1524), the oldest in Pollica, is currently deconsecrated and is admired for the simplicity of its architecture. Of the two seaside hamlets, overlooking beautiful golden beaches, the best known is Acciaroli, a coastal village divided between a vocation for tourism and a passion for fishing, both vital resources for local economic development. Well known thanks to the beauty of the sea and the functionality of its port, which is always in operation even in the winter period, Acciaroli boasted among its admirers even the writer Hemingway, who stayed here for a long period in the 1950s. Toward the south, 7 km from Acciaroli, in a bay enclosed by hills, is the marina of Pioppi, an ancient fishing village that has a prominent place in the local tourist scene. Of interest is the Sea Museum in the Vinciprova Palace, a typical example of baronial architecture dating back to the mid-17th century. The museum houses the Information Center on the Problems of the Sea, which consists of aquariums set up for educational purposes with organisms typical of the Tyrrhenian Sea, display cases devoted to major issues related to the marine environment, and a specialized library.

THE OTHER “MUST” PLACES 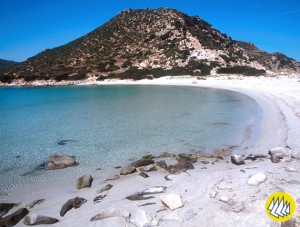 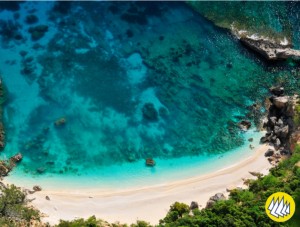 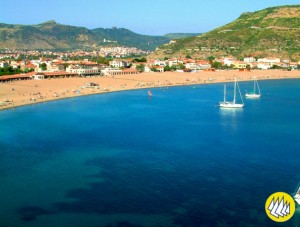 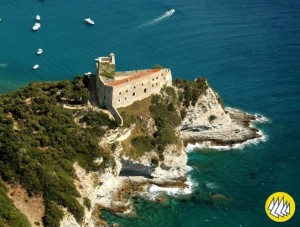 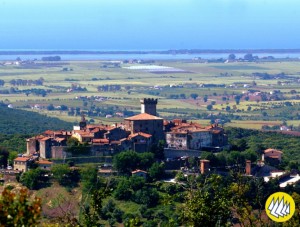 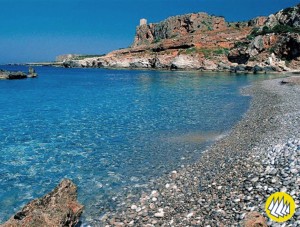 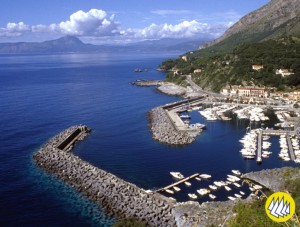 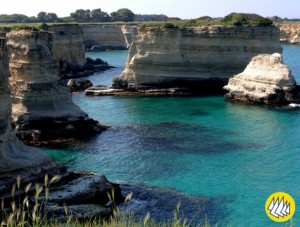 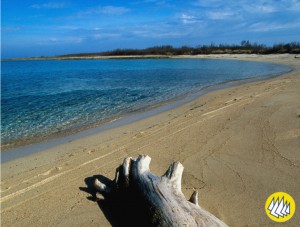 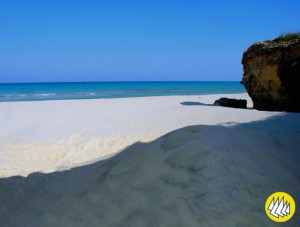 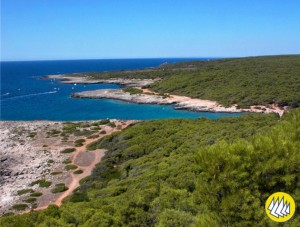 (photos and info taken from legambiente.it)

PrevPreviousSailors missing in ocean, web mobilizes and calls for help who sail in Atlantic
NextVIDEO The rescue of the three (old) men in the boatNext
In evidenza 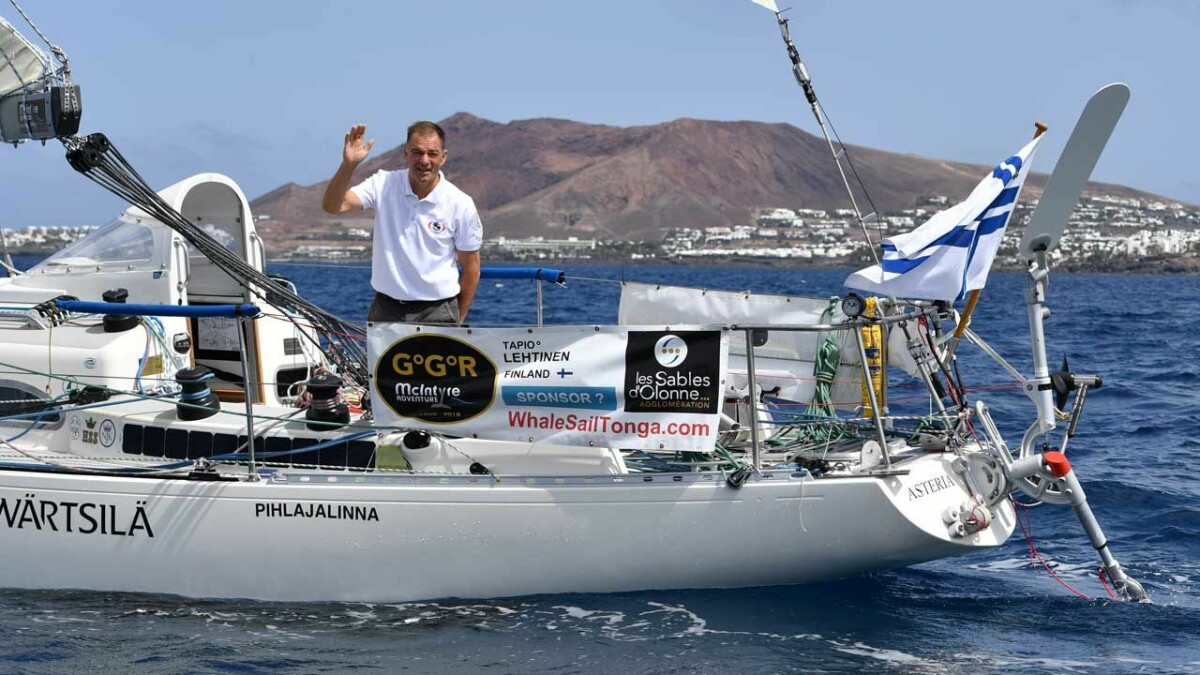 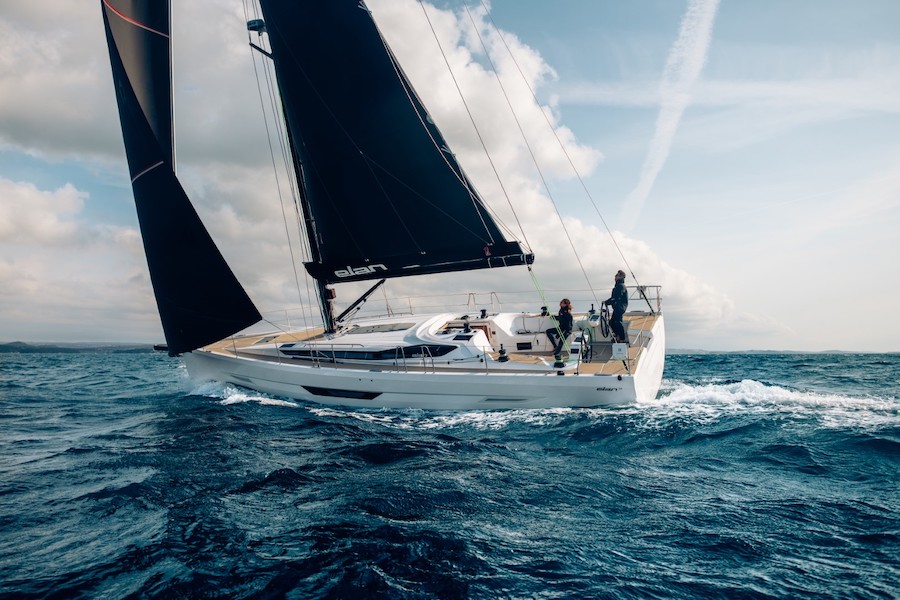 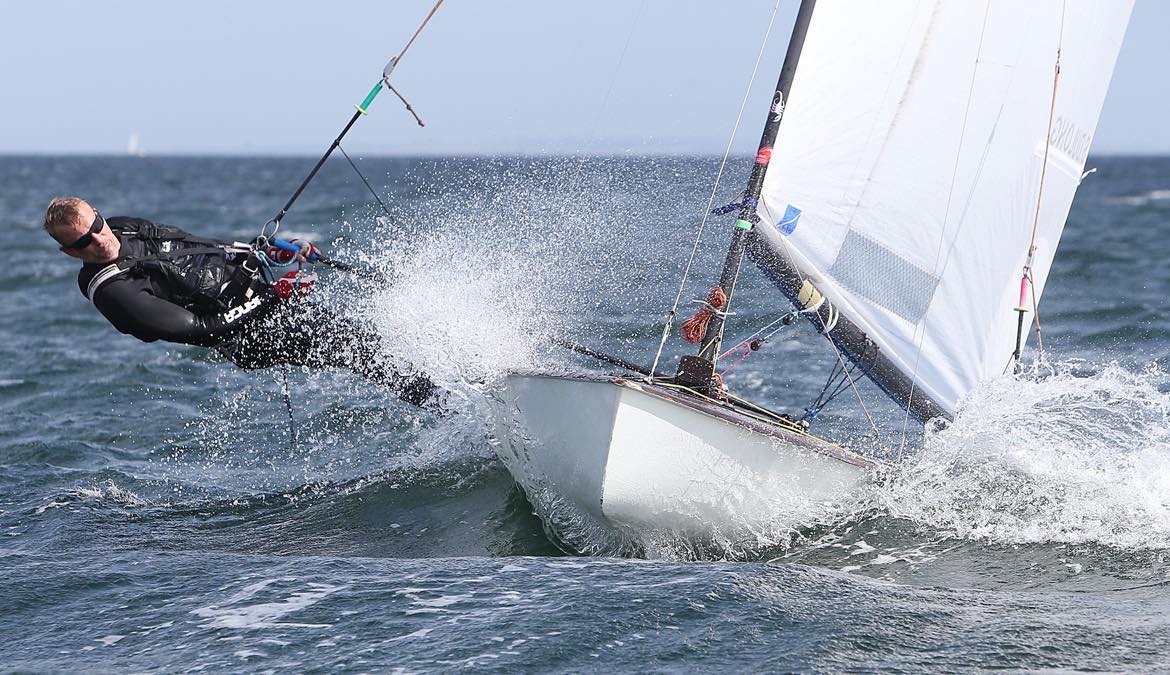 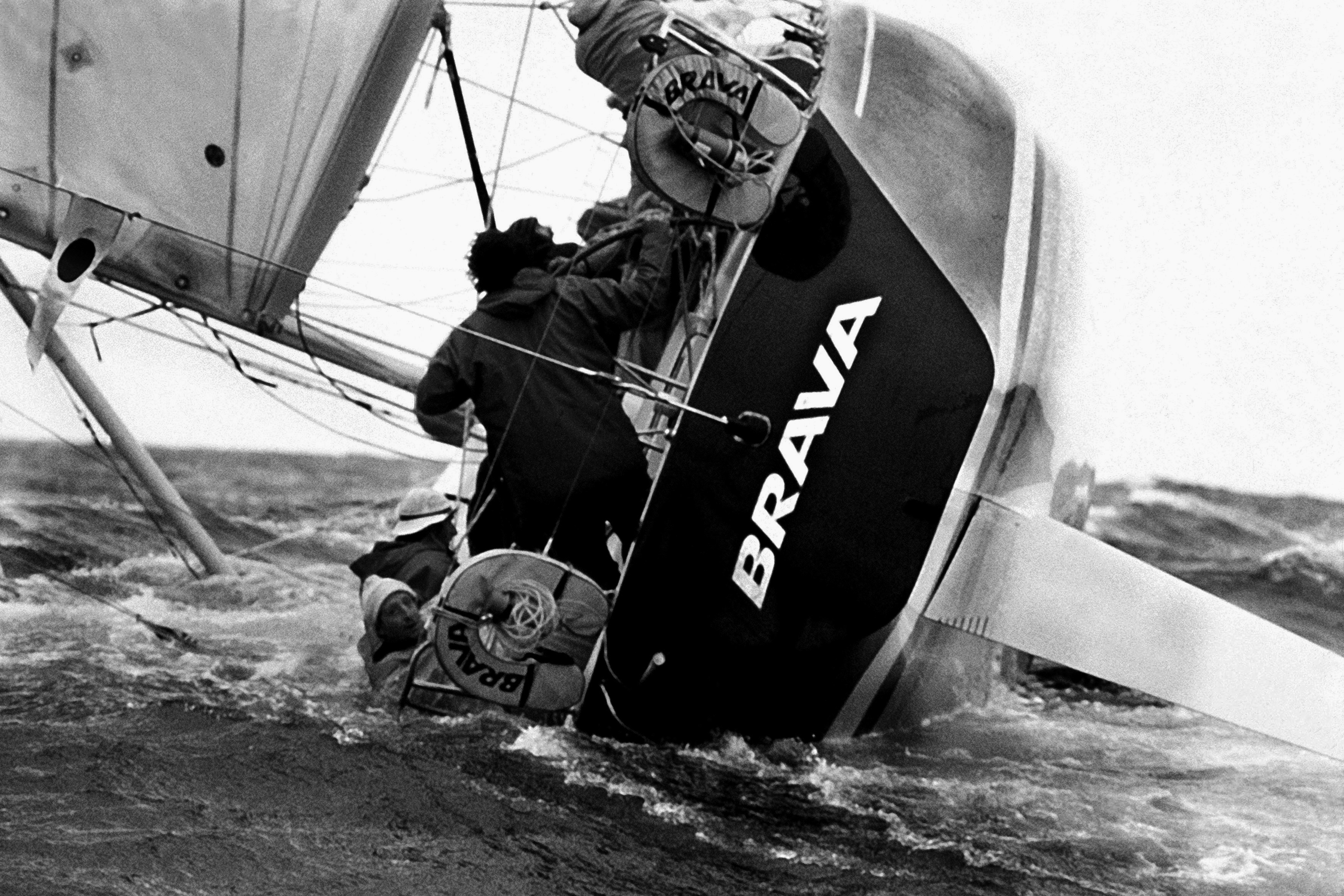