With the arrival at the Yacht Club Italiano in Genoa of the last boats, the final rankings of the 63rd edition of the Giraglia Rolex Cup are now final. It’s Magic Carpet 3, Sir Lindsay Owen Jones’ Wally 100 that won the offshore race of the Giraglia Rolex Cup on handicap time in the IRC class and won the Rolex Challenge Trophy and a Rolex Submariner watch. Lindsay Owen Jones commented, “I am really happy with this result.. We’ve been trying to win this regatta for 15 years, a couple of years ago we succeeded in real time but had almost given up on winning on handicap, finally we did it!”

Esimit Europa 2, Igor Simcic’s R/P Maxi 100 that crossed the finish line first at 5:27 p.m. on Thursday, wins the Rolex Trophy and theTrophy Réné Levainville reserved for the first real time winner in the offshore race of the Giraglia Rolex Cup. He also won the Beppe Croce Trophy for the first yacht to round the Giraglia rock and a Rolex Yacht Master watch. 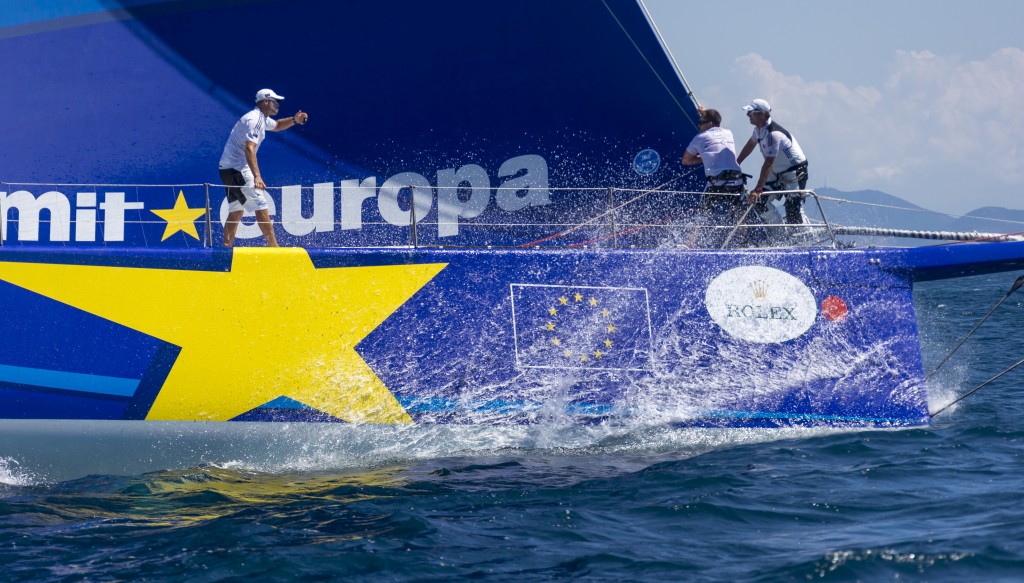 June 19. At 5 p.m., 27 minutes and 58 seconds yesterday, Igor Simcic’s Esimit Europa 2 crossed the finish line, off the coast of Genoa, of the Giraglia Rolex Cup offshore race. Esimit took 29 hours, 11 minutes and 58 seconds to complete the trial that started yesterday from Saint Tropez and rounded the Giraglia rock at 4:10 yesterday morning. This is the fifth time he has won the Giraglia Rolex Cup offshore race in real time. The boat – 30 meters long and 5.30 meters wide – won the Rolex Trophy and the Réné Levainville Trophy intended for the first yacht to finish in real time and the Beppe Croce Trophy reserved for the first yacht to round the Giraglia Rock.

THE SITUATION IN PLYWOOD
On handicap, the situation sees Magic Carpet Cubed in the lead, behind Esimit and Shockwave, but of course it can (and will) all change, especially if some wind comes to support the fleet of smaller boats. The rest of the fleet is about 20-30 miles from Genoa.

June 18, 12 noon. After the first 24 hours of racing, as expected. Esimit Europa 2 leads the race, with less than 50 miles to go (Carlo Borlenghi/Rolex photo). If all goes well, it should arrive in Genoa as early as the early afternoon (the 2012 edition’s record of 14 hours, 56 minutes and 16 seconds – with arrival in San Remo, however – a long way off, certainly this is not a particularly windy edition). 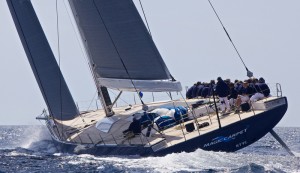 But she may not necessarily win line honors, because she is tenaciously tailed by Magic Carpet Cubed, Lindsay Owen-Jones’ WallyCento, which chases her only 4 miles behind. About 20 miles further back was the Maxi72 group with Tomasini Grinover’s Robertissima III in third, ahead of Caol Ila, Momo and Shockwave. Far behind is the other Maxi Jethou, who has just passed the Giraglia rock. They are followed (with the legendary lighthouse yet to be dubbed) by the Volvo 70 SFS, the Davidson 70 Pendragon, Wild Joe and SuperNikka, and Roberto Lacorte’s Vismara Mills 72, winner in real of the 151 Miglia. The rest of the “normal” boats are still far behind, right in the middle of the stretch of sea separating Saint Tropez from the Giraglia, about 130-40 miles from the finish.

June 17. Coastal races concluded (with victories for Alexander Shaerer’s Caol Ila in IRC 0, Michele Galli’s B2 in IRC A, Renzo Grottesi’s Bewild in ORC A, Christophe Bru’s Dare Dare in IRC B and Luc Bardot’s Overdose Bravo in ORC B) Today at 12 noon we enter the highlight of the Giraglia Rolex Cup, with the 243-mile offshore race that will take the fleet to round the Giraglia rock in Corsica and then set course for Genoa. 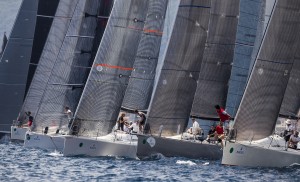 THE “LONG” OF RECORDS
This year’s regatta breaks all participation records with 245 pre-registered boats. For the first time this year, the regatta can be run solo. It is the Giraglia Solo, in which three boats, one Italian and two French, will participate: Pierpaolo Ballerini’s Azuree, Frederic Ponsenard’s Coco and Richard Delpeut’s Walili. For the second year in a row, two-person crews will also be able to participate: there are 25 entries for the Giraglia for Two, including Gaetano Mura’s Bet 1128 and Claudio Uberti’s Ourdream. 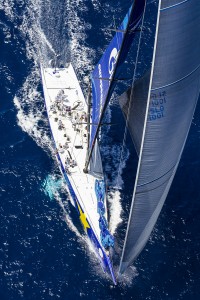 FOLLOW THE TRACKING
Winds of about 5/6 knots are expected to strengthen for today. The race can be followed in real time at www.yci.it in the “live tracking” section of the Giraglia Rolex Cup: it will be possible to see the position of the participants and consult the weather conditions.

MEDITERRANEAN OFFSHORE TROPHY
The Giraglia Rolex Cup offshore race is valid to award the Mini Maxi yachts the Mediterranean Offshore Trophy, which is held on the long races of the following events: Regatta of the Three Gulfs (held in Naples on May 8), Palermo -Montecarlo Regatta (Palermo – Monte Carlo, August 21 – 26) and Rolex Middle Sea Race (Valletta – Valletta October 17 – 24). The Giraglia Rolex Cup is also a valid round of the Italian Offshore Championship and the Championnat Méditerranée IRC UNCL. 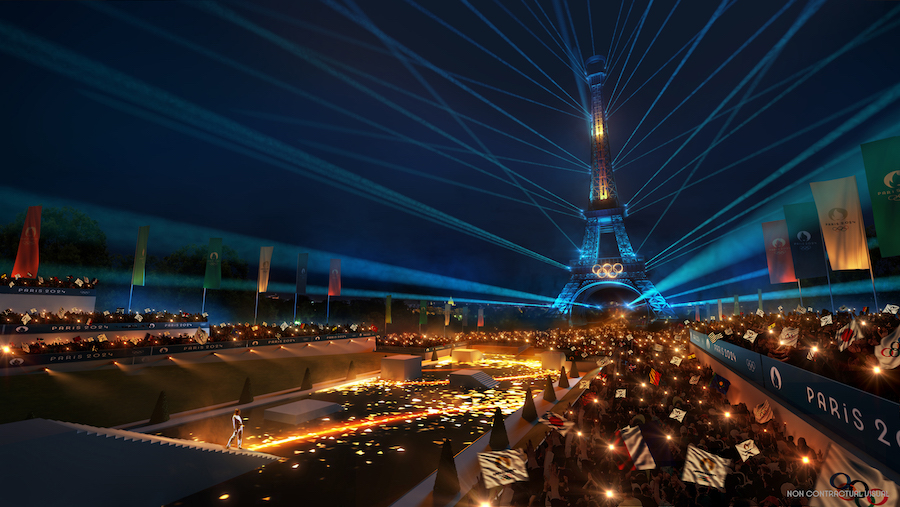