Adriano Gatta, from Brescia, DOC, class of 1956, free-rider, mountaineer, former judo national team member, photography enthusiast (the photos accompanying the story are his), wrote to us telling us his story as a former “repentant” motorboat racer. We offer it to you divided into installments(you can find the first one here), as newspapers once did. Here is the second part of our “summer tale” for you.

Having nothing better to do I accept a beach umbrella neighbor’s proposal to take the Laser course….. result I return home, get on the Boston, and, after a “barrel roll” to Rabbit Island, I wonder:

I no longer felt any pleasure in scampering the length and breadth of the lake at full speed………I was, slowly, no indeed very rapidly, becoming a sailor.

Said and done, it was late August, Gorla and Cento period, a gym friend(judo, then fitness and machines were not yet fashionable) asks me if I do them with his fourth class. I reply that I don’t know what it is, “but what is it, a boat or a reunion of old schoolmates ?” but I accept. 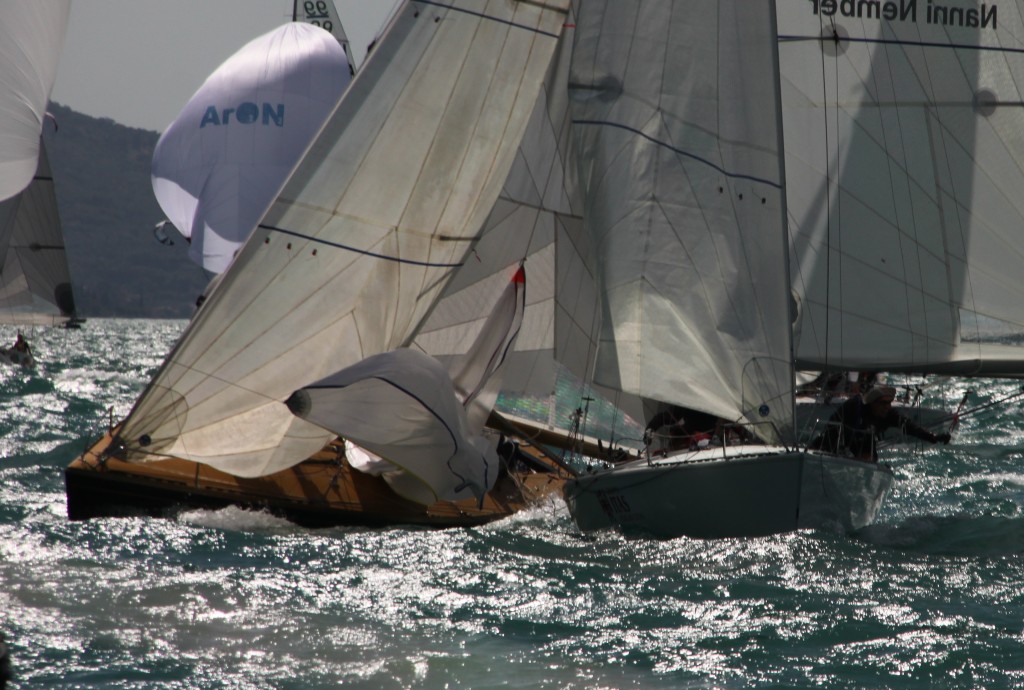 It was August 1985, and three years later I arrived at the demented record (at least for me) of 56 regattas in one year. Those were the golden years of the Ace 99 that perhaps some of you still remember; Santarelli’s legendary design: 9 meters 90 with three people in the cockpit and three on the trapeze……mittticcco!!!!! various Italian championships with top helmsmen( also because they were always shouting for some shit I was doing), first of all the great Dodo Gorla but also Cassinari, Felci, Chieffi, Tonoli who taught me a lot……even if I didn’t learn as much…..

And not only on lakes but also championships and regattas at sea: Week of the Mouths, Portofino, Barcolana etc. but it was a sea taken in a hurry, the regatta, stand still, move slow, stay downwind….but not that way, downwind I told you !!!! and then cock the boat, disarm the boat, drive for hours home….. ddupalle !!! it wasn’t enough for me to be a sailor I wanted to be a sailor….freshwater…..for now.

I decide to buy the boat. Since I was always doing regattas, finding a cruiser, especially at the lake, was not easy; in fact I find a Rigoletto with steering wheels(so much with the Ace I was used to it…..), small kitchen, no bathroom, bunks in the square( I won’t say Dinette otherwise Commander Basile will shoot me) anyway better than nothing. It was called NIGNA, I swear written just like that, terrifying. Against all superstitious rules I change her name and call her BRAVO PAPA,’ exactly what my son told me the day I bought her.

END SECOND PART (the third part will be online on Tuesday, August 12)

REREAD THE OTHER CHAPTERS OF THE SUMMER STORY
Part 1