What does departure represent at the beginning of the third millennium? Until half a century ago, when satellites did not exist and when maps still had a few blank areas, travel was the only means of filling these gaps, of investigating the exotic, the unknown, the legend. Nowadays, the last unknowns of the atlases have been mapped, the peoples of the world catalogued, the inaccessible peaks conquered, the oceans crossed far and wide. The Internet and powerful tools such as Google Maps have made it possible to access all this information in real time, from our homes, without having to move. Then what is left? And is it possible today to recapture the adrenaline rush of an exploratory voyage by sea, by sailboat, under the banner of the unknown, the inviolate?

This spirit can be found by pushing out by sea to islands so remote and far from the mainland that they are often not even marked on the maps of the states to which they belong. Lost islands whose attainment may represent the purpose of the voyage and enfranchise that desire, always strong in navigators, to feel far from everything and everyone. For this we suggest five remote islands. To unearth these “handkerchiefs” scattered across the Oceans, we took our cue from the book by Judith Schalansky “Atlas of Remote Islands.” (from which the maps found in this article are also taken) in which the author, fascinated especially by the islands that dot the maps, creates an archive-archipelago of patches of land. “Fifty islands where I have never gone and where I will never go“, this is the subtitle of the book, which collects fifty islands that are impossible for anyone to reach and “invisible even for Google Maps.” But maybe not for you. 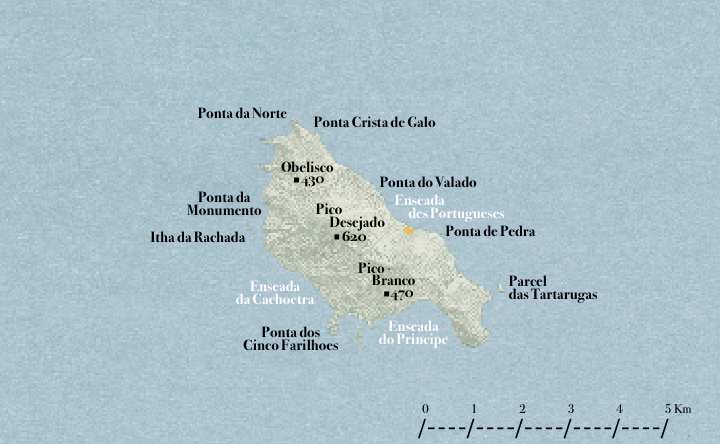 This island seems thrown into the ocean because of its location in the middle of the South Atlantic, between Brazil and Africa. It is inhabited by thirty-two people between military personnel dedicated to maintaining sovereignty over the island and volunteers engaged in environmental missions. The most popular means of transportation to reach the island is by helicopter; by ship it takes at least three days. Steep and hostile, from this handkerchief of land the sea plunges deep immediately and reaches 5,000 meters. The island is an extinct submerged volcano, like an iceberg, with less than 10 percent of the size above the water surface. Thirteen km in length above sea level, the island reaches fifty km by touching the seabed. The land, inhabited mostly by crabs and turtles, is a true topographical mix with sparse vegetation: rocks, reefs, chasms of the most varied colors, a forest of ferns. All beaten by perfect waves-a surfer’s dream. A place, this, where no money or documents are needed to land and where nature still follows its original course. A legend says that those who drink from the spring water source, the only one on the island, are destined sooner or later to return. 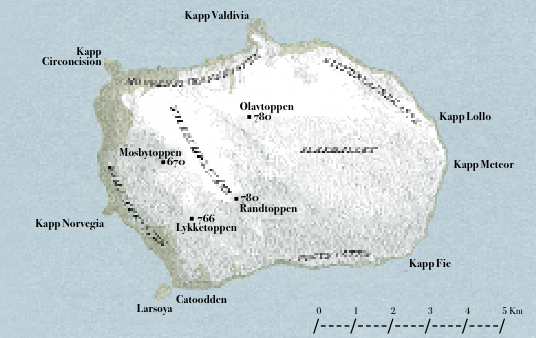 “On British nautical charts there is an unwritten surface with only one uncertain indication: a small archipelago below the 54th degree of latitude, sighted by Bouvet who thought it the head of the southern continent. Neither Cook, Ross nor Moore found him. Only the captains of two whalers saw the islands, but they calculated their positions divergently.” After Bouvet’s first sighting, this land was found after 75 years. A single craggy island, however, of wild magnificence: the walls are all frozen and the glaciers drop steeply to the surface of the sea: an imposing land of perennial snows. An island halfway between Africa and Antarctica. Precisely because of its location, it is considered the most remote island on the planet, and probably the landmass furthest from human settlement. Reaching it is incredibly difficult: its cliffs fall sheer to the sea, and to set foot on it, one must reach the coast by ship and be transported to the island by helicopter. There are no ports, or even docking points for ships, given the risk posed by the dangerous reefs and the almost constantly rough sea. 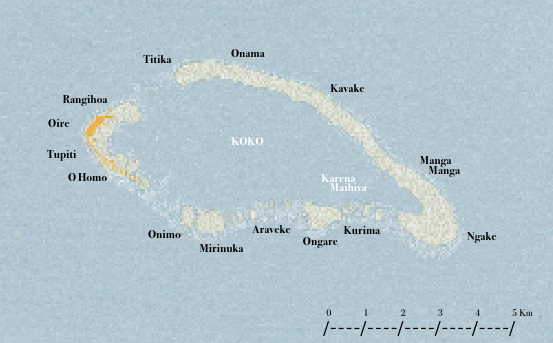 “When they reached the great ocean on November 28, 1520 and set a course to the northwest, Captain Ferdinand Magellan announced that it would take them a month at most to reach the Spice Islands (Philippine Islands). But soon no one believes it anymore. The ocean is perfectly calm, so that they call it the Pacific Sea. Soon the crew does not have enough food, and madness breaks out on board. When, after fifty days, they finally sight land, they do not discover a seabed to drop anchor; the lifeboats they land on the islands find nothing to quench their hunger and thirst. They call them Islands of Disappointment and continue their journey. The ship’s scribe, Antonio Pigafetta notes that such a journey will never be undertaken again.” This excerpt tells how these islands got their name from Ferdinand Magellan, who could not find a water source with which to replenish his ship’s supplies while en route to the Philippine Islands. Napuka is a small coral atoll in the Delusion Islands, in the northeastern part of the Tuamotu archipelago in French Polynesia. The atoll is 10.5 km long and 4 km wide. 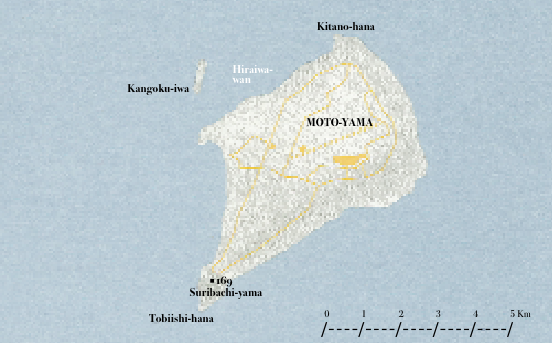 A very important strategic point during World War II. The Americans won it hard and proud with a historic battle that was also the subject of a film directed by Clint Eastwood, “Letters from Iwo Jima” (4500 American dead, 22,000 Japanese dead and prisoners). An unsinkable aircraft carrier, large enough for future bombers to land and take off, close to enemy territory that had built a labyrinth of underground tunnels and traps here. In 1968 the Americans returned it to Japan. Today Iwo Jima is part of Tokyo Prefecture. Although uninhabited, it is still used for military purposes by Japan due in part to the presence of an airstrip. The vaguely pear-shaped island, which is 8 km long and 4 km wide, is volcanic in origin and culminates in Mount Suribachi (170 m), an extinct volcano located in the southern part of the island that, according to the Institute of Geographical Studies of Japan, may return to activity in the near future. It is characterized by dark beaches and sulfur quarries, hence the nickname “Sulfur Island.” The rest of the island is flat and plagued by caves and crevasses. 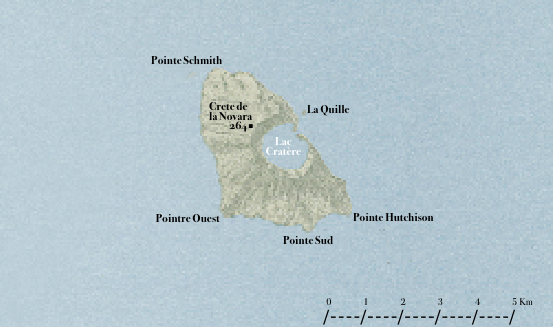 When France grabbed the volcanic islet of Saint-Paul, it incorporated it into the French Department of the Southern and Antarctic Lands. The island is very far from any inhabited place and distant from trade routes: it lies in the middle of the southern Indian Ocean, 4290 km from South Africa. The island of Saint Paul consists of a volcanic cone that has partially sunk into the sea to create a welcoming bay in the shape of a semicircle that is the only landfall. In this corner, among the most remote corners of the Planet, in 1997 a group of somewhat eccentric enthusiasts established the “Royaume De L’Ile Saint Paul,” a virtual constitutional monarchy complete with all its Institutions: the King, the President of Congress, members of Congress and the Executive. Anyone can become a virtual citizen of Saint Paul: the constitutional principles, marked by respect for race, religion and political ideas, can be adhered to via E-Mail by anyone who will accept the Constitution.