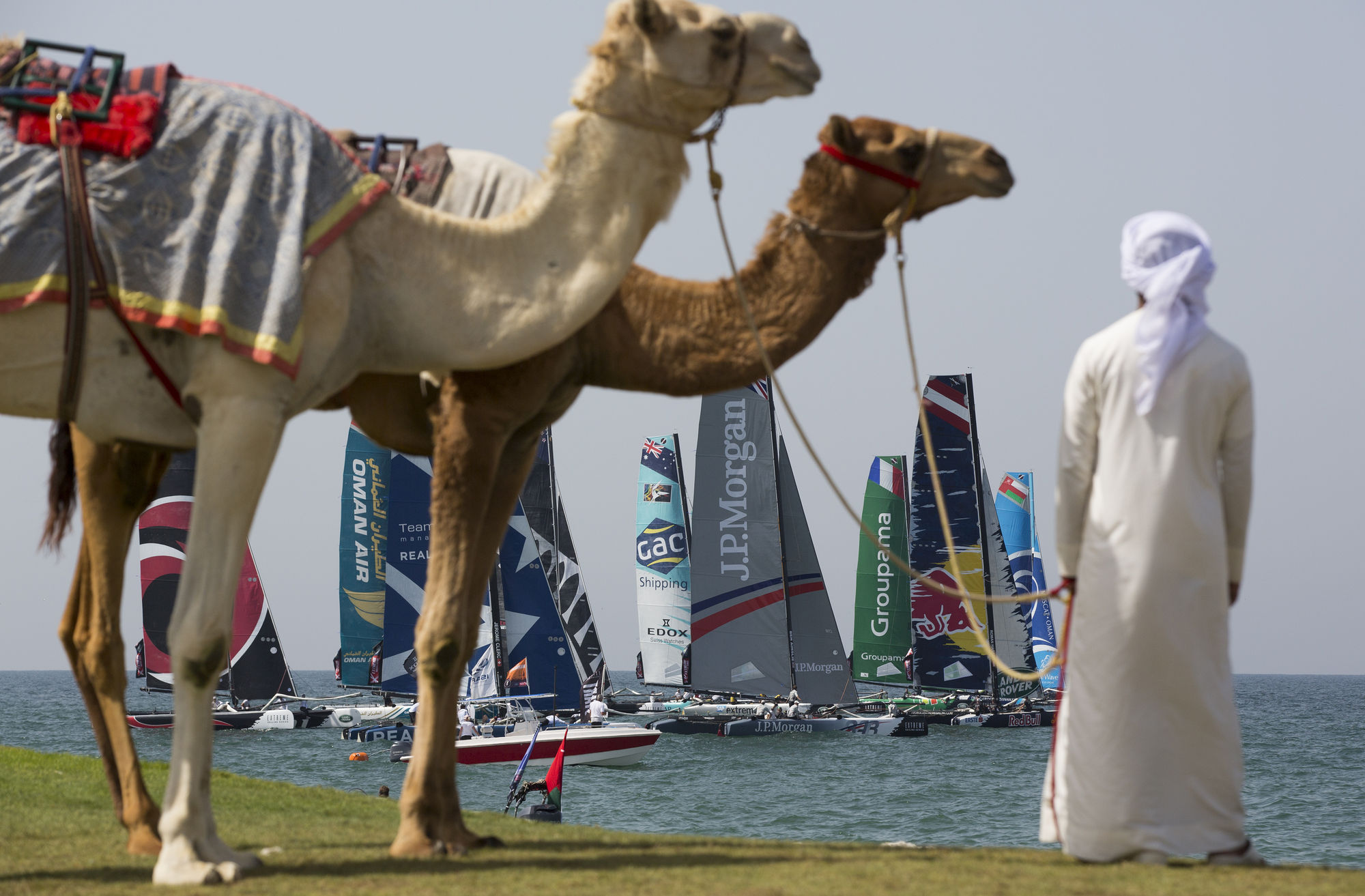 Oman is the country that has invested the most in sailing in recent years: sailing schools that have sprung up like mushrooms on the sultanate’s coast, the setting up of a team on the MOD70s, the Laser World Championships. The latest event wasAct 2 of the Extreme Sailing Series in Muscat (March 19-22), incidentally won by the hosts of “The Wave” (there was also another Omani crew, Oman Air). Tradition collides with modernity in this photo by Mark Lloyd: a sign of the dual soul of Oman, a nation that remains anchored in its local customs and traditions but has recently opened up to the world of ultratechnological sailing.