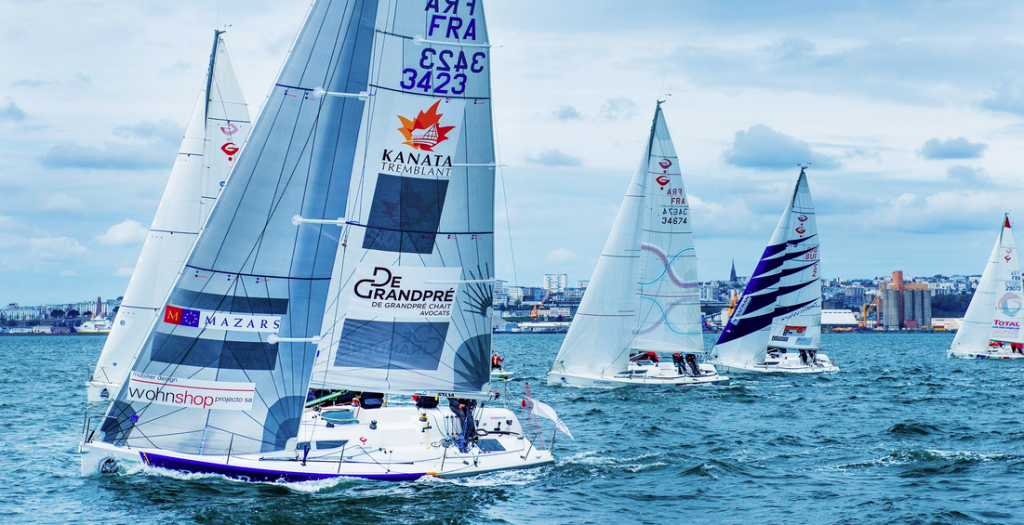 Camplus, the network of ten university colleges of merit located in Bologna, Milan, Catania, Turin and, sailing, together for the international challenge of the Course Croisière EDHEC, Europe’s most important student regatta, to be held in La Rochelle from April 24 to May 2. Camplus supports the only Italian team participating in the event: a partnership that is not a simple sponsorship but a total sharing of the values of training and team spirit.

The official presentation of the sponsorship agreement of the sailing team, Team Camplus, was held this morning in Milan at Camplus Città Studi.

An investment of great importance to the university residence hall network, which serves to give a very strong impetus, not only to the sport of sailing, but especially to the development of the “SPACE” of human growth. In accordance with the mission of Camplus, the physical space of the residences is conceived not only as a place to live but also as a space where it is possible to shape one’s dreams, together with a community of friends. A space made up of study, research and affirmation, a horizon beyond which to push oneself to challenge oneself by expressing one’s talent. It is for this reason that Camplus, with participation in the Course Croisière EDHEC, enters the ‘world elite of student regattas, to expand the educational growth of its resident students.

“We strongly wanted to support Team Camplus because the sport of sailing best represents the principles on which our facilities are founded: participation, sharing, growth and talent, said Nicola Sabatini, Camplus Città Studi director.. The work we do in the Camplus boarding schools fosters precisely the idea of going to sea, of taking risks in a wide world; those who set out, in fact, grow and discover more and more about themselves and the world around them. “We are excited – added Sabatini – to be able to follow our students in such a high-level competition as the Course Croisiere EDHEC, and we are sure that this will set an example for all our students and many other Italian students.”

“We welcomed with enthusiasm and momentum the proposal of Camplus to participate once again in the Course Croisière EDHEC, commented Giulio Unfer, of Team Camplus.. To be on board a boat in such an important competition is a great honor for all of us. Although we belong to two different worlds, we students and Camplus feel that we share many values and, most importantly, the same ambitions.”

The Course Croisière EDHEC, is the most important student regatta in Europe: the brainchild of three French boys in 1969, it is now an event of considerable sporting and social importance.