Brindisi-Corfu, the 30th edition goes safe: all the winners! 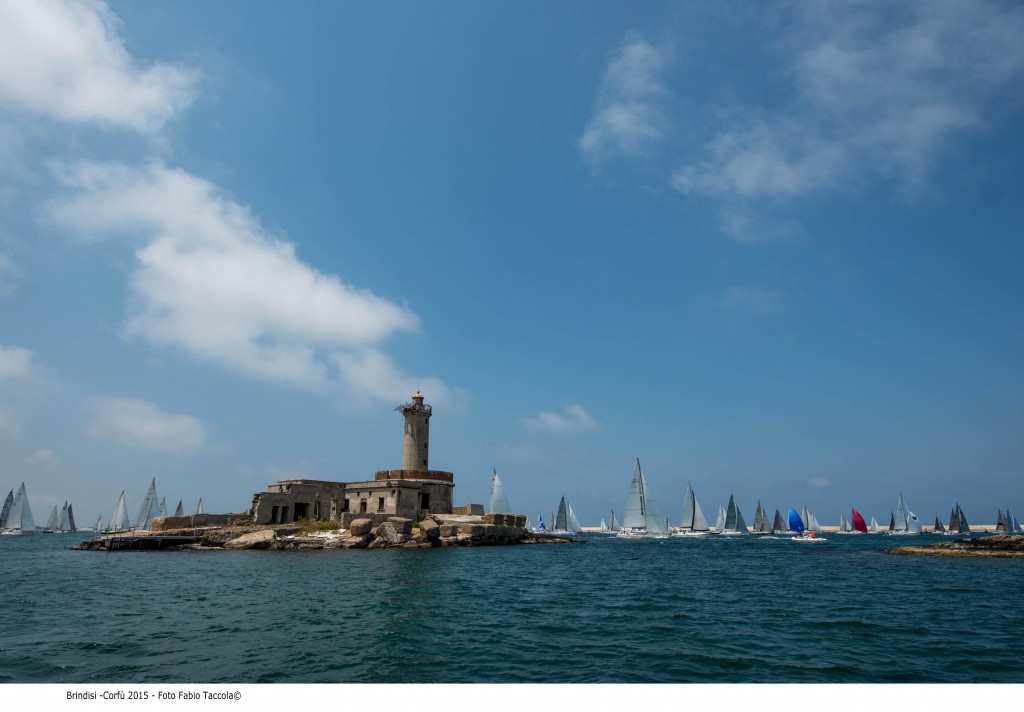 It looked like an ‘edition destined to be marked by little wind from the start, but instead a 10-12 knot mistral arrived. In the end, a boat from Romagna won on corrected time, the IMX40 X-Altair of CN Rimini, owner Carlo Daniele, who also made the class victory in Orc B his own. There was concern about the crisis that also rages on the race courses, but instead they are 118 entries arrived with a decent squadron of maxis fierce, and ready to contend for class and real time victory. 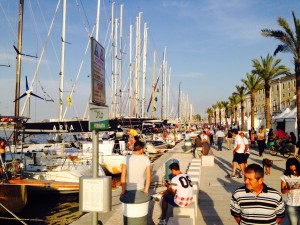 RACE AIR.
Brindisi breathed regatta air at the top of its lungs for a week, thanks to its Circolo della Vela, as the fleet gathered on the waterfront, with arrivals from the North Adriatic and Tyrrhenian seas, Montenegro and Greece, and with all the most combative boats from Puglia made a few very rare exceptions. There was as always Paolo Montefusco with his crew and his never tame Idrusa, the Farr 80 with which he beats all the Adriatic regattas. And there were, above all, a thousand women and men: for some of them, the Brindisi-Corfu is one of the many regattas they tackle in a year; for many others, it is the long-awaited opportunity to return to measure themselves on the 104-mile net course for long months, which became 120-130 upon arrival, sailing mostly at night, to grow as offshore sailors, to learn, to experience the adrenaline-pumping atmosphere of the hours before departure and that of waiting for the rankings, at Gouvia Marina. 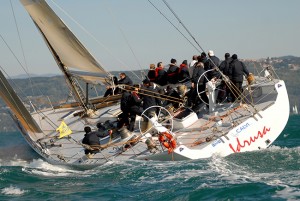 DUELS THAT REPEAT THEMSELVES
And there are the repeating duels, like the one between Montefusco and the Trieste-based Team Sistiana, who often arrive with different boats: other times also with a Farr 80, this time with a Frers 64. A long match race at the head of the race again between Idrusa and Anywave, the boat of Team Sistiana, ended in the darkness of the night finish on the beam of Kassiopi marina, amid the strobe lights of the buoys. He won Montefusco by a quarter mile, tracking says, maybe a little more, maybe a little less.

THE BONACES.
But this is a race within a race, one that doesn’t stop even in the face of wind drops like the one that in the middle of the night had the rest of the company worried, who were spinning on the slack when everything stopped: The computer screen showed an unusual alignment, as if the race was about to face a second start. And in a sense it was just that. Then another braking in the “usual place,” within sight of Erikoussa (Merlera), when almost everyone ended up with half a knot of real and then a lot of patience to shift the weight of the crew, heeling the boat, go on to overcome this 10-mile gap until early Thursday afternoon when the mistral returned to push the boats toward the finish line (the time limit was 11 p.m. Italian time). The maxis had been at the berth for some time now. This is the summary account of the XXX Brindisi-Corfu International Regatta, which has found new attention from the Greek side thanks to Circolo della Vela Brindisi’s partner, the Marina of Gouvia, with TV and dockside correspondents from various Hellenic newspapers, while in Brindisi on the eve of the departure there were representatives of the marina’s management company and the municipality of Kerkyra to greet the crews along with the organizers of the Circolo della Vela Brindisi, during the ceremony on the steps leading up to the Roman columns and the house where the poet Virgil died on his return from Greece.

Until next time: to prepare for it, work will begin in September, first on ideas, then on reweaving the fabric with the owners that CV Brindisi rightly considers the regatta’s hard core. 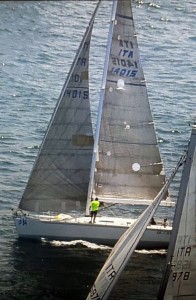