It is perhaps one of the most difficult challenges, that of unhinging the securities and certainties on which every human being’s life is based. Home, work family, friends, weekends and vacations, maybe boating. This is all within the logic of common sense; it is somehow right and reassuring that this is the way things are, not least because, is there an alternative? Perhaps it is, and we propose it to you by taking a cue from the life choice of Giampaolo Gentili who, in his book “Si può fare,” told “what lies behind and around the big step” of dropping everything and moving to live on a sailboat spending 500 euros a month. 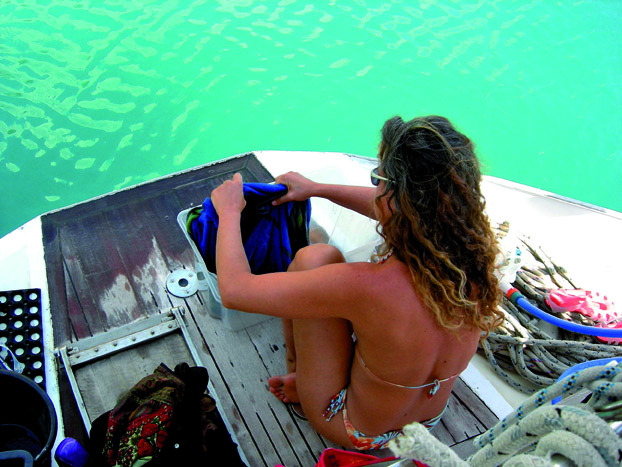 Giampaolo has lived aboard Yakamoz, an aluminum Ovni 41 from the French shipyard Alubat, with his Turkish wife Basak since 2010. We are not, however, faced with an act of pure instinct, as so many are immediately inclined to think, but rather faced with a thoughtful choice based on a strong desire to reclaim our own time. An escape, of course, because that, too, is what it is all about. An escape from a historical moment that makes “only uncertainty safe” driven by the knowledge of what one does not want to do with one’s existence. Then the question arises, “Why stay?” 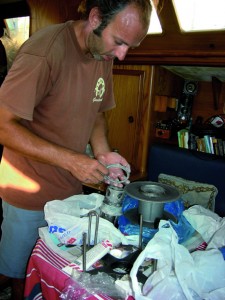 Giampaolo and Basak’s was a radical change made within European borders, in the Mediterranean Sea, a decision far removed from the inflated dream of escaping to the Caribbean. A reasoned rejection of the mechanisms associated with Western consumerism, the “living to work” that sucks up human time. This story is not only a description of a life choice but also an alternative proposal to those who feel trapped. The story begins in 2000 when the lives of the two main characters were so organized: a marriage, a small house they owned with an almost paid off mortgage in Rome, two salaries, a yellow Spider. Then the first cry for freedom to which they responded by transforming themselves from employees to entrepreneurs-Jiampaolo and Basak decided to start their own business and opened two silverware stores and a pizzeria. But it is not enough. The idea of earning money and having no time to spend the money was absolutely contrary to their wishes. The turning point occurs as our people are sitting in a Turkish tavern in front of the Küçükkuyu harbor dock and see a small cabin cruiser come out. Virtually complete nautical neophytes, they returned to Rome and enrolled in a sailing course, which they soon couldn’t do without. They obtained their boat license and began to fantasize about buying a boat, which was economically prohibitive, however, if they also kept the house. The step was short: going to live on a boat. They hypothesize a length, 12 meters, and by doing some math the choice turned out to be feasible under two conditions: take care of the maintenance themselves and moor at the Tecnomar club on the Tiber, the only one affordable in cost and with a permit to live aboard. The compromise was to keep business activities for now, choosing the boat as a home and spending 350 euros per month for storage, power and water. And now the most difficult task: finding the right boat, suitable to become a home for two people who would no longer produce income. The ideal was a sturdy and reliable hull: they inspected 48 boats scattered around Italy and Europe, evaluating their costs and construction materials, and after various considerations decided that an aluminum hull was the one for them, because it is an almost eternal material and guarantees reliability over time. 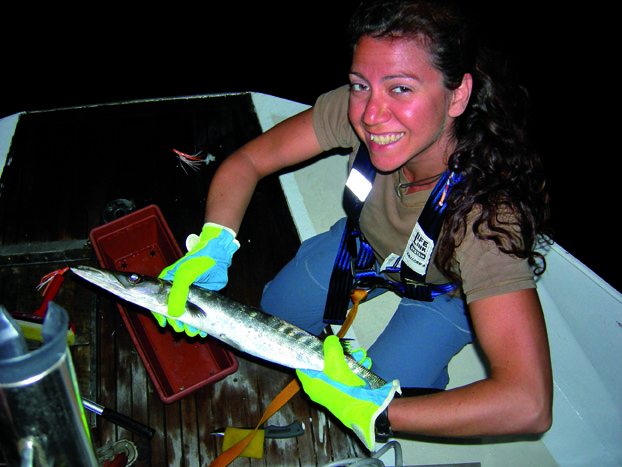 So they decided to buy an Ovni 41 from the French shipyard Alubat, a 13-meter 1987 Yakamoz. They sold their house, with what remained they bought the boat and a tiny apartment (18 sq. m.) outside Rome that would provide them, once rented, with a fixed income, their only income. “Domiciled” on the banks of the Tiber they provide for the closure of all activities, after which they abandon their moorings and point their bows toward the Aegean Sea to reach Turkey. This sea has become their daily wandering space from June 2010 to the present. They complete the boat with solar panels and watermaker to achieve almost complete autonomy and not be tied down to port calls. They thus begin a life at a slow pace, in contact with people who have made the same choice, each with their own story to tell.

Their journey has become life, the cost of which for two people is about 500 euros per month-numbers that come from giving up the superfluous and using the money only for food, personal hygiene and boat maintenance. Their typical day is timed by very instinctive needs, plus Basak does some translation work, while Giampaolo goes about his business as a photographer. They follow the seasons, moving away from the cold and closer to the heat as migratory birds: in summer they prefer the northern Aegean, while with the arrival of autumn they move on to the southern Turkish coast, where the summer stretches out ensuring sun and bathing throughout October and late November. We leave it to Giampaolo to make a final point: “Thoughtful choices not only do not guarantee security, but are often a source of frustration. Who can say they are truly happy with the life they lead?”