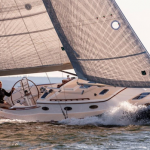 With this model, the American shipyard makes its debut in the Performance Cruiser range, choosing to combine the old-style lines that have always characterized it with a hull intended to guarantee fun. The heart of the deck is the forward cockpit toward the center of the boat, well protected by the slightly pronounced deckhouse and with the main maneuvers returned to the helmsman. Internally, the extensive use of woods and white inserts take us back to the boats of yesteryear. Lung. 12.37 m; wid. 3.53 m; sup. vel. 87.51 sq. m. 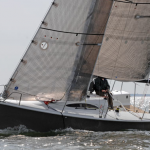 It fits perfectly between the legendary Surprise and the fast A 35 this 8.35-meter that can count on interesting and well-designed interiors that, compared to other competitors, make it really suitable even for short cruises. Obviously fast. A stark choice, the one made by the transalpine shipyard, which thus throws itself into the bitter ongoing battle between shipyards in the inhabitable one-design segment. Lung. 8.35 m; 2.98 m; sup. vel. 43 sq. m. 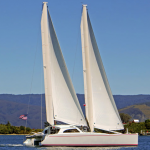 Designed by Chris White Studio and built in Chile, this fourteen-meter catamaran combines some features of the America’s Cup hard wing with classic sails. For now we are talking, almost, about a prototype. Lung. 14.30 m; wid. 7.37 m; disl. 8164 kg. 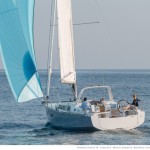 The boat gets transformable. Daysailer, weekender or cruiser,this eleven-and-a-half-footer from the French shipyard has positioned itself as the forerunner of a new way of understanding interiors (and more). Through collaboration with the Nauta studio, the owner can change the interior layout to suit his or her needs, from the open space of the daysailer version to two or three cabins in the “Cruiser” mode. You are also spoiled for choice on deck. An example? You can choose from a fully open stern or helmsman’s seating to a fold-down transom. Lung. 11.13 m; larg. 3.99 m; disl. 6340 kg. 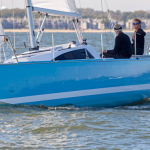 The American shipyard has never been known for particularly high-performance models as much as for safe and solid boats suitable for long stays on board. This 275 Sport changes course (the name already says it) and thus takes Catalina to “unknown seas.” The first response, from the market but also from the overseas trade press (it has not yet landed in Europe) is positive. Open-space interiors ensure spaces suitable for even short cruises. Lung. 8.38 m; wd. 2.59 m; 64.84 sq. m. 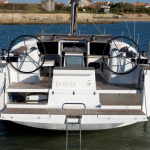 Chosen by major U.S. magazines, this fifteen-meter Dufour is signed by our own Umberto Felci, who opted for a hull with an edge that runs from midships to the stern. On deck many solutions marked by cruising comfort, from the fold-down transom to the “hidden” barbecue in the cockpit. Below deck, the galley was moved to the middle of the boat to increase the feeling of space and also to get a real charting area. Lung. 15.10 m; wd. 4.80 m; sup. vel. 99 sq. m. 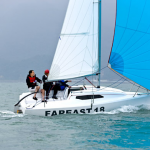 Arriving from Shanghai is this six-footer with lifting daggerboard, built by Asia’s largest manufacturer of dinghies and one-designs. It has not yet established itself in our country, but in the American market it is now quite widespread, with an interesting regatta circuit, dedicated to the most diverse owners. Lung. 5.8 m; wid. 2.0 m; disl. 650 kg. 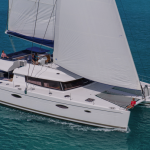 The French shipyard’s flagship is a collaboration between the in-house engineering firm and the Berret-Racoupeau couple. The cockpit, entirely sheltered by the superstructure that houses the wheelhouse and flying bridge, appears as an integral part of the interior living area, from which it is separated by a bright sliding glass door. Isabelle Racoupeau worked on the interiors, creating a decor defined as “Urban Chic,” with color contrasts and high-end materials. Lung. 20.44; width. 9.50 m; sup. vel. 197 sq. m. 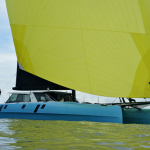 Fast, very fast. This is the philosophy behind each Gunboat. The lines of the hulls make this clear immediately, in fact. Really like the presence of a double cockpit. In fact, a large space has been created at the mast foot to control maneuvering and giving direct access to the bow nets. Lots of technology on board. Lung. 18.28 m; wd. 8.6 m; disl. 16200 kg.

It is an interesting battle that has the shipyards producing cruising catamarans engaged in the American market. Lagoon has made a considerable effort in recent years, which it now also sees rewarded with the award to this twelve-footer that encapsulates all of Lagoon’s innovations. In particular, the nullification of the differences between inside and outside, thanks to the presence of a full-width glass door that unites cockpit and square. Lung. 11.74 m; wd. 6.79 m; sup. vel. 70 sq. m. 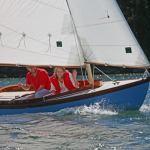 You call it, if you want, tradition. Designer Chuck Paine has been sailing his Herreshof 12 1/2 for more than 40 years, and today he decided to take inspiration from his beloved boat to design this Paine 14, of course using modern materials. This has resulted in a significant decrease in weight (it is about 40 percent lighter than its “ancestor”). The carbon mast carries a mainsail that is attached here with a simple Velcro… Lung. 4.26 m; wid. 1.61 m; sup. vel. 8.82 sq. m. 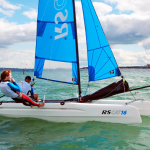 The shipyard’s first catamaran is designed for multiple uses, from sailing schools, to families. Great attention has been paid to ease of assembly: the assembly holes between hulls and transoms do not go through the skin of the boat, so it can be assembled or disassembled in almost 15 minutes without the need for sealants, using only a wrench. Transoms and shrouds are attached to stainless steel tubes located in grooves on the sides of the hull. Lung. 4.7 m; wid. 2.35 m; sup. vel. 12.33 sq. m. 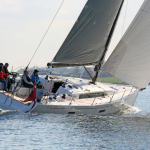 The model that brought the Danish shipyard back to the top among cruiser racers after the “digression” of recent seasons into the pure cruising field with the Xc range. Infusion was used in the construction, also taking advantage of carbon fibers instead of steel, resulting in weight savings. The standard dive is 2.30 meters, but a version reaching 2.65 meters depth is also available. Inside we find three double cabins. Lung. 13.29 m, larg. 4.07 m, disl. 8,65 t.