An Italian boat is the winner of the first edition of the Atlantic Odyssey, the “anti-ARC” that Jimmy Cornell (the founder of the ARC itself) created tired of the overly competitive bent that the Atlantic Rally for Cruisers has taken over the years. It is Vincenzo Visenzi’s Swan 55 GEMM, a beautiful boat launched in ’93. The regatta started last Nov. 17 from Lanzarote (Canary Islands) and ended in Le Marin, Martinique. Twenty-three boats, including monohulls and multihulls, took part in the event. Visenzi, along with the other five people who made up GEMM’s crew, crossed the Caribbean finish line on Dec. 7: Here is his account. 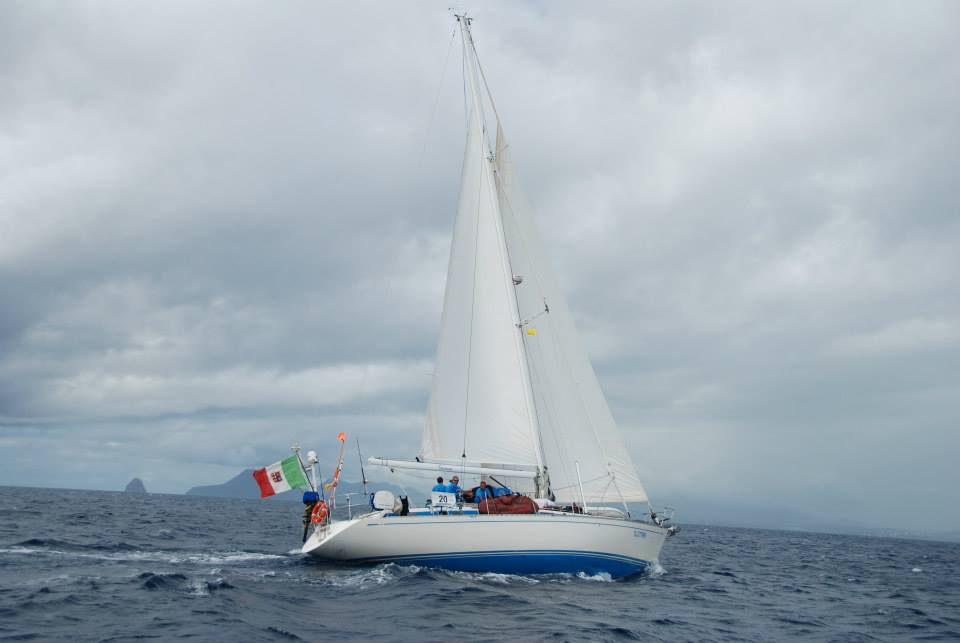 AN “ODYSSEY” AMONG THE WEAK WINDS

“The crossing was characterized by very poor winds. which lengthened the distance by a few days and pushed the crew to constant sail changes to try to maintain decent speeds, in addition to the classic mainsail and genoa sails, the gennaker, spinnaker and Code 0 were hoisted instead of the genoa and also combined with the tangoned bow genoa thus maintaining a butterfly gait. Gemm arrived first in Martinique on Saturday, December 7, at 11 a.m. local time after 20 days at sea, preceding Happy Joss, a Jeanneau 57, by about a day. The other boats are coming in these next few days and some are still sailing.”

JIMMY CORNELL? A BIG
The friendliness conveyed to us by Jimmy and his staff was exceptional so much so that an almost family-like atmosphere was created among the various boats that participated, both in Lanzarote at the new marina in Arrecife and in Martinique at Port du Marin. In addition to Gemm, another Italian boat, Vieux Malin, participated. I hope in the future to take part in some other ocean crossings organized by Jimmy, I am very fascinated with the Blue Planet Odyssey, a round-the-world stage itinerary. I would definitely recommend Atlantic Odyssey to those who choose to rally across the Atlantic, registration costs were very affordable (competitors who had previously participated in the ARC or other Cornell-organized events received a discount) and Jimmy’s willingness to ‘point out very interesting routes for me to sail in the summer of 2014 to stay “out of the hurricanes” was very helpful and much appreciated.”

THE TWO SIDES OF THE ATLANTIC ODYSSEY

The Atlantic Odyssey did not end there: competitors were offered two different options of dates and locations. The start of the second tranche is scheduled for Jan. 12 in Santa Cruz de La Palma, finishing in St. Gorge (Grenada). All information about the regatta can be found at www.atlanticodyssey.org.

WHO IS JIMMY CORNELL

Jimmy Cornell is the founder of the ARC (Atlantic Rally for Cruisers) in 1986, and following the success of its first World Cruising Club, he launched into organizing the Atlantic Odyssey, which is proposed, paradoxically, as a counter-ARC. Cornell (whose real name is Dragos Corneliu Cismasu, since he was born in Romania 73 years ago) has been a true guru for generations of cruisers (his book “World Cruising Routes” has sold 150,000 copies, so many in the boating niche): his intention is to return to the original spirit of the ARC, that is, non-competitive sailing that places more emphasis on safety and fun than racing.