Around the world…on the tip of foils 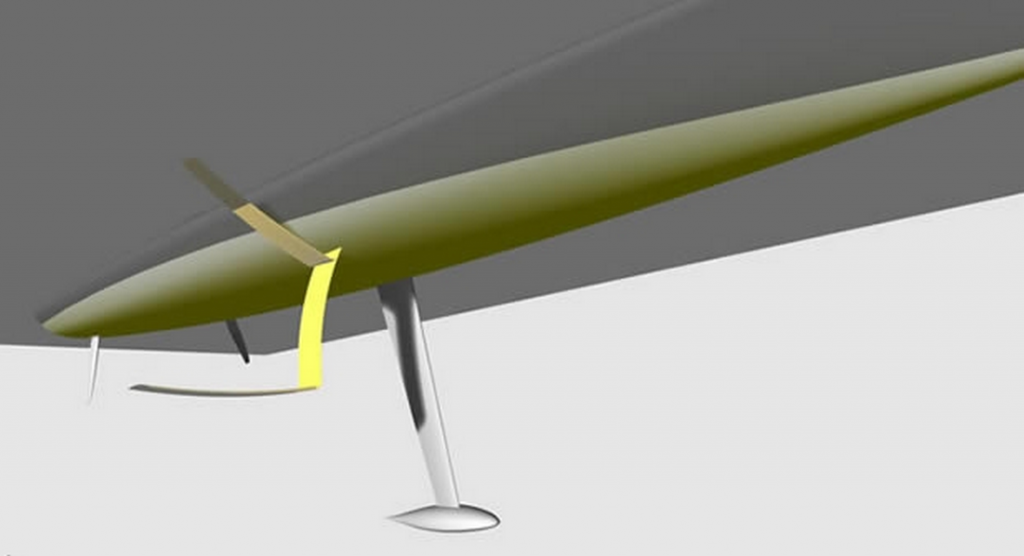 Recently, the IMOCA 60 class met in assembly to consider possible technological innovations to be made to the hulls aboard which the legendary Vendée Globe (the non-stop solo round-the-world race starting and ending in Les Sables d’Olonne, Brittany) is raced. A real revolution came out of the meeting: the possibility of introducing two horizontal appendages on daggerboards (the vertical fins exploited by IMOCA 60s to avoid drift). There has been talk on the web about the DSS system (short for Dynamic Stability System), but improperly since the novelty will work differently.

THIS IS NOT DSS
We had the differences explained to us by someone who knows the ropes: Roberto Bosi, an architect who is an expert in hydrodynamics and founder in 2011 of Inoxsail (the company that developed Phinna, the variable airfoil drift fin). “The DSS, patented by British designers Hugh Welbourn and Gordon Kay,” Bosi explains, “consists of two horizontal retractable foils placed in the central area of the hull, at the height, centimeter plus or minus, of the waterline. It is a system designed exclusively to reduce the heeling of the boat, without having to resort to increasing the weight of the keel.” But on the IMOCA 60s we will see something different: “As you can tell from the first renderings released, in this case they would be horizontal appendages that will complement the daggerboards, making them take on a shape very similar to what we have seen in the America’s Cup ‘monsters.’ Daggerboards are used to reduce drift when IMOCAs raise the canting keel: with this modification they will also produce a vertical upward thrust (the so-called lift, or elevation force) helping to raise the hull and thus decreasing the wetted surface.

YOU WILL BE SEMI-FOILING
Will we see IMOCA 60s flying over the water like AC72s? “I don’t think it will come to that. The hulls of these 60-footers will not be able to lift completely. It will be a kind of ‘semi-foiling’ where the upward thrust of the ‘L’ shaped daggerboards will certainly cause a reduction in friction on the water.” 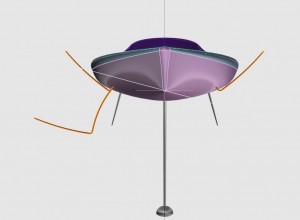 SOME PERPLEXITIES
“This is certainly an interesting application of airfoils in ocean sailing.” – continues Bosi-“so it can only be welcome. We need to understand, however, what it will determine: perhaps by transferring the task of upward thrust to these foils the design of planing hulls will move toward smaller beams, and it is to be seen whether, by possibly shortening the dynamic length at the waterline, when the boat is not planing, this will not increase wave resistance, lowering the critical speed. I would also like to take this opportunity to express a few doubts that have arisen in my mind and that the designers, given their great experience, will surely have already found a way to solve: when the daggerboard is raised, and then at the lift-offs, will it remain above or below the waterline? In the second case it would really end up acting as a DSS: a choice that, if well thought out and calibrated, could bring advantages when the keel is down, but that when the boat is very flat and when righting is not needed could be an unnecessary brake.”

PROJECTS UNDER CONSTRUCTION
There are currently six IMOCA 60 projects in the pipeline, which may already present the interesting modification: among them also the one of our Andrea Mura (with whom the Sardinian sailor will take part in the 2016 Vendée Globe), under construction, designed by Verdier-VPLP (the undisputed leaders in Open design), at the Persico shipyards in Nembro (Bergamo). Also awaiting their boats are Armel Le Cleac’h, Morgan Lagravière, Sébastien Josse, Alex Thomson and Jean-Pierre Dick.