Alain Gerbault, the man who challenged the ocean and inspired Moitessier 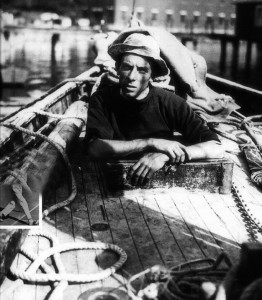 Even masters are inspired by other masters. All sea enthusiasts know Bernard Moitessier, his escape from the civilized world and his books. There is a sailor, who lived in the first half of the 20th century, whom, on the other hand, very few people have heard of and who was undoubtedly a kind of ideal father to Moitessier: his name is Alain Gerbault. A former fighter pilot, he set sail on the morning of April 25, 1923, to attempt to cross the Atlantic from Gibraltar to New York alone in an 11-meter boat with no experience in ocean sailing. Not only would he succeed in the feat (becoming the first European to do so), but from the United States he would go on to the Pacific, returning to France in 1929 after sailing more than 40,000 miles.

SAILOR AND WRITER
Gerbault narrated his Atlantic crossing aboard the Firecret in a beautiful book, now also published in Italy (One hundred days solo across the Atlantic, ed. Endemunde, 10 euros). With dry prose, Gerbault succeeds in taking us on board with him, perfectly expressing the moods, setbacks, failures and risks of sailing such a ship in such a distant era.

GERBAULT AND THE STORM 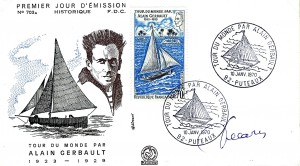 We are then on board when the sea rages and “
a great army of black clouds covered the sky from horizon to horizon, and heaps of storm clouds were scattered here and there
“. Imagine the scene, waves hiding the horizon, incessant rain pelting the helmsman for hours as he cannot let go of the tiller not so much to keep his course as to survive. An image like many in seafaring literature? Not really, becausethe helmsman is naked. And he sings. “I was soaked to the bone, now with foam now with rain; but it was hot and I had no clothing on, which would have been of little use under the circumstances. Thus, with no clothes on, I was drying much more quickly. I didn’t complain about the bad weather: it was what I expected, and it tests a sailor’s skill and endurance, as well as the strength of his boat. Instead of being awed by the majesty of the raging ocean, I was moved at the approach of the fight: I had to deal with a fearsome opponent and, cheerful in the storm, I sang all the seafaring songs I could remember“.

And when the sea rages even more, only Gerbault’s quick thinking saves his life on several occasions: “It was noon on the dot; the Firecrest was sailing almost with a crosswind, when suddenly I saw coming overhead a huge mount whose white crest roared and surpassed all others in height. I could hardly believe my eyes: it was a magnificent and frightening sight at the same time; that huge mountain of water was crashing down on me with a sound of a thousand thunders. Knowing that if I stayed on the bridge, I would meet certain death, I barely had time to climb the mast and when I got halfway up the wave furiously swept over the Firecrest, which disappeared under tons of angry, foaming water. The small shell hesitated under the impact of immense force, and I wondered if it would be able to rise to the surface“. The Firecrest makes it through, but damage and breakage are the order of the day, and in order to retrieve the jib that ended up in the sea due to halyard failure, Gerbault finds himself taking a bath that was certainly not wanted: “Walking on the bowsprit (…) lo and behold, one of the shrouds breaks under my weight, and I fall overboard. Fortunately, I manage to hang on to the underbeard and return to the bridge. I got away with a forced bath of a few seconds, but the boat was making more than three knots at the time, and if I hadn’t been lucky enough to grab the underbeard, I would have been left alone in the middle of the ocean“.

A GLASS OF WATER A DAY TO SURVIVE 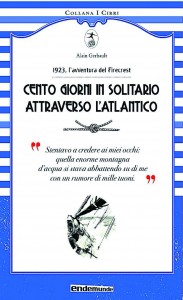 Gerbault experiences every sailor’s worst nightmare, that of thirst. His supply is quickly depleted, partly because the wood in the oak barrels is too young and the tannic acid spoils it: 2,500 miles from New York, the Frenchman has only 50 liters of water. To survive, he must limit himself to drinking only one glass a day. A hardship while in the Sargasso Sea, and the fever he is suffering further aggravates the situation. Only the arrival of providential rains saved it and allowed it to store more fresh water.

THE FREEDOM MANIFESTO
In Gerbault, as in Moitessier, the rejection of civilization and the desire to return to a life more connected to nature is evident. It was Alain himself who wrote, perhaps without realizing it, what can now be considered a veritable manifesto of freedom: “Although man has been accustomed to living as a slave to civilization for centuries, I will not be forced to lead the same servile and conventional life. Master of my boat, I will go around the world, intoxicated with air, with space, with light, living the simple life of a sailor, bathing in the sun a body that was not created to be a prisoner of the houses built by men. And all happy to have found my way and fulfilled my dream, while standing at the tiller , I recite my favorite poems about the sea…“.

FIND THE FULL ARTICLE IN THE JULY 2014 ISSUE
OF THE JOURNAL OF SAILING, ON NEWSSTANDS AND DIGITALLY 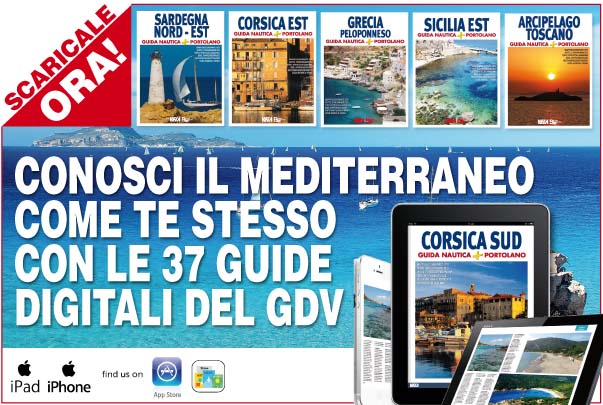