A Sydney Hobart in the name of the (wild) rose. 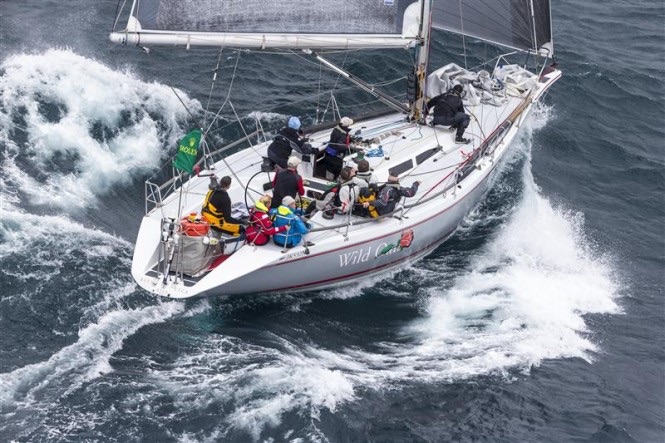 Two boats, one common story. The 70th Rolex Sydney Hobart Yacht Race (628 miles from Sydney to Hobart, Tasmania) will be remembered as the one in the sign of wine magnate Bob Oatley and his Wild Oats series of boats. With a time of 2 days, 2 hours, 3 minutes and 26 seconds, the Reichel Pugh 100 Wild Oats XI took its eighth straight time victory, at the regatta, an all-time record. Approximately 29 hours later, the first Wild Oats owned by Oatley, now Wild Rose skipper Roger Hickman), arrived in Hobart, and the computation of compensated times put her in the lead of the overall IRC standings. This is a Farr 43 that Oatley himself commissioned in 1983 in preparation for the 1987 Admiral’s Cup: in 1993 (then still called Wild Oats) he won the Sydney Hobart in its last IOR edition.

THE STORY OF WILD ROSE
Hickman purchased the boat that would become Wild Rose in 1991 from Bob Oatley, the owner of the triumphant 100-foot Maxi Wild Oats XI. Two years later, Hickman, along with co-owners Bruce Foye and Lance Peckman, won the race when the boat was still called Wild Oats. It was then renamed to avoid confusion with Oatley’s 100-foot Maxi.

OATLEY’S “GIFT”
“I participated in three Sydney Hobarts with Bob on this boat. When I bought the boat from him in 1991, he almost gave it to me as a gift“, Hickman explained. “At that time I was a young officer in the merchant navy. I had the honor and privilege of racing with him and the other crew members. Six years later, when I decided to buy the boat, I only had half the money, so I asked Bob if it could wait. He said, ‘Roger, you were the only guy who bought me a drink at the bar, don’t worry about the rest!'” 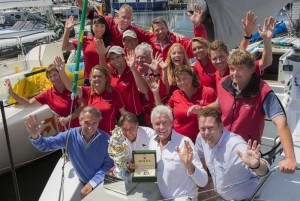 A “CORINTHIAN” CREW
Wild Rose has a crew of 14 sailors, including six women and several family members, including Hickman’s sister Lisa and brother Andrea, both on their first Rolex Sydney Hobart. A great fan of this regatta, Hickman describes himself as a determined and combative competitor. Winning the 70th edition of the regatta had an extra dose of satisfaction for Hickman, a big fan of the regatta’s history, in his 38th participation. “I am happy to have made more than half of the 70 races; this year is a great milestone, it testifies to the creativity of the organizers seventy years ago and the huge pour into this regatta.”

THE ALLURE OF SYDNEY HOBART
Perhaps the appeal of the regatta is best described by the words of Wild Rose’s navigator, Jenifer Wells. “The great thing about sailing is that it is a very physically and mentally demanding discipline.; you have to persevere and deal with many variables such as weather and sea state, and it is a team effort. The result depends not on what happens to you during the race, but on how you deal with it.”

SMALLER BOATS ADVANTAGED
Never before have the smaller boats benefited from the weather conditions as strong winds pushed them even into the final part of Bass Strait this year. The larger hulls (which, chart history in hand, are usually favored), on the other hand, were bogged down in the Strait, which they passed through many hours earlier, due to the change in wind direction. 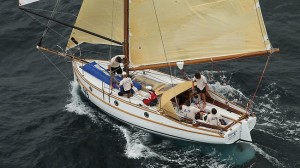 THE EIGHTY-YEAR-OLD’S CLOSE CALL.
And to think that after Wild Rose came in, Hickman and co. had to hold their breath for a while before they could celebrate, because until the very last there was a chance that a much older boat would take the throne of the regatta: Maluka of Kermandie. Lovingly restored by Sean Langman, this is a 9-meter with an 80-year-old auric rigging: an “evergreen” boat that already in 2006 expressed its potential by placing eighth overall. The final approach to Hobart was not friendly to them, and the chance for victory waned; Langman and co. had to settle for 13th place overall (second among hulls older than 30 years and third in IRC 4). Really not bad for a boat, which by the way, is the smallest in the entire fleet!