Adriano Gatta, Brescia DOC, class of 1956, free-rider, mountaineer, former judo national team member, photography enthusiast (the photos accompanying the story are his). We have already brought you his article in which he explained his conversion from powerboat racer to sailor: we are now publishing in installments, as used to be done in old-time newspapers, the (semi-serious) account of his sailing over (and under) the sea of the Egadi Islands, Ustica and the Aeolian Islands, with a few installments on the northern coast, completed last summer.

“And here we are again, recounting the vacations of this crazy summer of 2014. The last time we “saw each other” was June and I was in Trapani where I had left good dad 3 after moving from Tuscany via Corsica and Sardinia, remember? 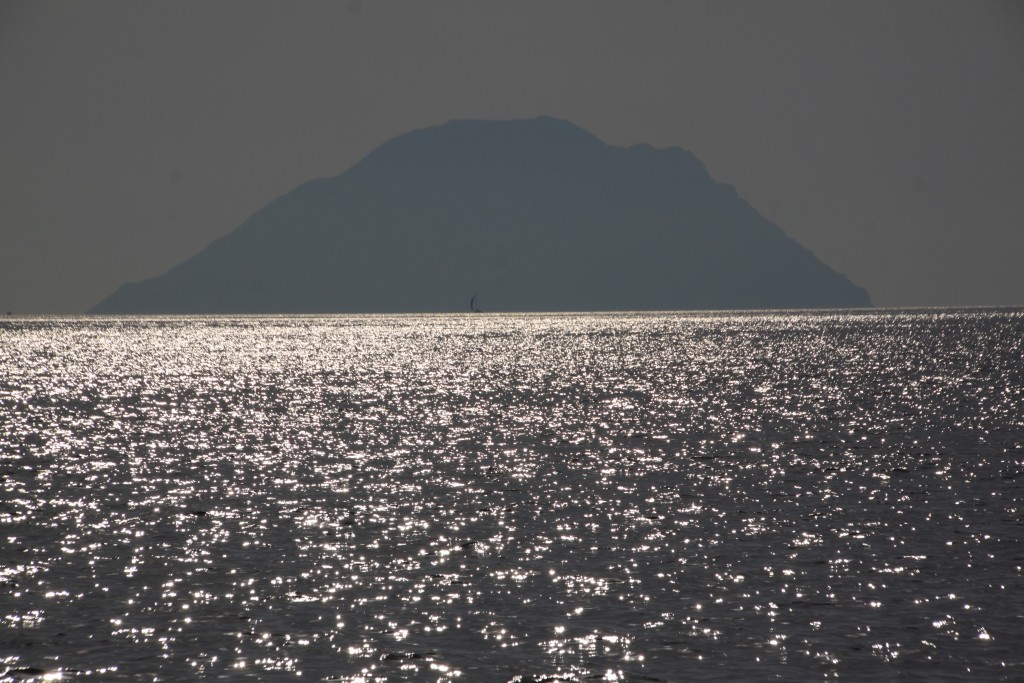 Okay, the boat had settled in well at the small, but cozy, Marina Levante. I had left everything in order in anticipation of summer vacation.
IThe program included a long tour from Trapani to the Aeolian Islands and back…….si I know what you’re thinking…..You’re an exodus, you have all the time in the world, and you’re going to the Aeolian Islands in August ? You are not normaal eeeh ?(said with the wide talk in the Meneghine manner) the fact is that I am exodus, but, fortunately, my wife is not and also the friends(many) who came on the boat had vacations at that time.

But back to us: not liking fleet vacations, we had arranged with Gigi( that of the …Golly) to meet in Stromboli and to continue with the two boats the vacation to the Aeolian Islands or Lipari, as we had been taught in Elementary School( if you are at least over 40 you get it) and then return to Trapani, the final stop also for Gigi and his …..Golly (spelled just like that with dots, it is an English exclamation)

The …Golly we had transferred it from La Spezia to Ostia “porto de Roma” (let’s draw a pious veil over this Marina…….if this is the port that is supposed to represent the Capital…….) in mid-July, so then, in early August, Gigi with the boys and Bobo would go down the coast and, passing by the Pontine Islands, Ischia, Procida, Amalfi Coast, Palinuro, reach Maratea where, for Ferragosto, they would cross over to Stromboli and rejoin us. 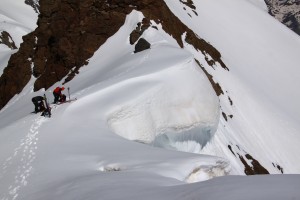 Perfect……but I, who on June 19 had returned home from the Tuscan-Sardinian-Sicilian trip, and who on the 20th was already homesick for the sea, how could I stay in the city(Brescia) where, moreover, it was still raining and cold as hell…..? Change of strategy: on the 27th of June I call Pino and tell him to get out the skis and skins and we go to the Gavia to do the San Matteo; crazy, we almost had to put chains to get to the pass and then the next morning, sunshine and fresh snow….. on June 28 !!!!!

But even though the snow was still water anyway, even though I danced on the white waves of the glacier, I still felt land-sickness and so I called Gigi and join him for a weekend in La Spezia where we sail between Larici, pardon Lerici and PortoVenere and make plans for the vacation. << why don’t you come with us to take the …Golly to Ostia ? Thursday night we come here( in La Spezia) by car, Friday morning we set sail early and in the evening we sleep in the roadstead in Porto Azzurro. Saturday a ” bow” to Concordia at Giglio and then roadstead at Cala Volo at night, Giannutri and Sunday night we are in Ostia, pizza, bed and Monday morning train to Spezia and then home……what do you say ? >>

said and done; and so I had spent the good month or so that separated me from the actual vacation, but I still missed the sea……
That’s right because “my” vacation included an underwater advance in Ustica, a Mediterranean paradise. On July 29 at the airport in Bergamo there were three of us: me, Albi, my most trusted collaborator in the gym( I teach Judo) and his mother, Sonia, my peer and friend for almost twenty years, when she brought me for the first time on the Tatami( the mat in Judo) a 5-6 year old wren with a NapoOrsoCapo hairdo. She was not on the program but, when she begged to accompany us offering to be Isaura’s slave( well known Mexican telenovela) washing dishes, redoing the bunks( but why on the boat do they redo them ?) and especially cooking as only she knows how to do, well………imbarred !!!!

for the first time on a sailboat at the age of 58( you shouldn’t say that about a lady but she was so good…….)think she had never dived and in Ustica she got her patent !!! legendary !!! Well, we leave at 8 p.m. and arrive in Trapani in time for dinner at Cantina Siciliana.
Tomorrow Favignana, pickup of mooring and fishing permits at the Park Authority and then Marettimo, where I have an appointment with Marcello of the diving company ” Voglia di Mare “for diving.

The next morning, galley and…..25 mistral knots to get out of the harbor…..temporarily, since Albi has only been on the boat once at the lake in ZERO wind and Sonia can’t tell stern from bow.
At about 3 p.m. I decide to try to go out, the wind seems to have dropped a bit and we have it on the beam anyway, at worst I turn around and go back to the harbor. The blue sky and sunshine encourage us, we put, or rather I put, the two of them watch, ashore the sails in the harbor, sheltered from the wave; the anemometer reads 20 knots, I pull everything up and to hell with the reefers. 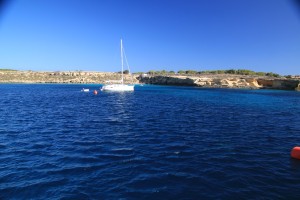 A good choice, the mistral has stabilized between 18 and 20 knots, and with a fun sail we reach Cala Azzurra in Favignana where we will spend the night at the buoy camp. Bath, and we arrange for dinner: which means that Albi and I “pucciamo” ( stay soaking) in the water while slave Isaura( we call her that now) prepares Ape and dinner.
The park guys come by to collect, and since the boat is old, indeed the engine is old, and I don’t have black water I pay the full fee: 35 €, but it’s worth it. 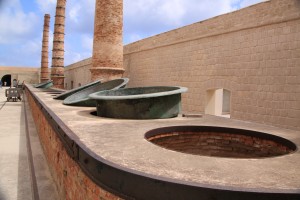 The next morning I wake up and have breakfast, and so it will be for the rest of the vacation, with classical music pieces by a wide variety of composers, although Mozart, Chopin and Paganini are my favorites. Cala Azzurra is spectacular as are the tuff quarries on the coast. After a long stop in the harbor in Favignana, a visit to the Tonnara Florio( don’t miss it) and a small lunch on the boat of “pani cunzato” with ficazza ( Sonia has nothing to do with it…… it’s a kind of tuna salami)…CONTINUE