151 Miglia, B2 and Mandolin protagonists. All results 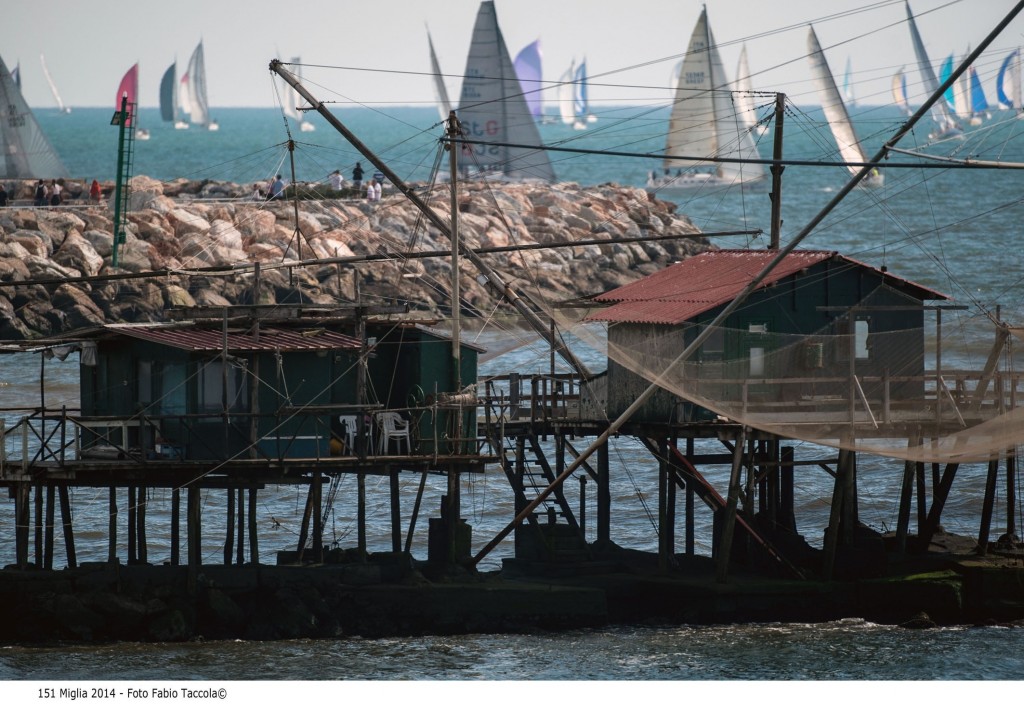 June 1 – A 151 Miglia that once again showed its best face, engaging all crews in sailing that gave even the most seasoned sailors a run for their money, an alternation between gusts of wind and bonanza, thunderstorms and glimpses of sunshine, nighttime cold and lots and lots of competitiveness, both at the head of the fleet and in the rear, from the first boat to cross the finish line in real time yesterday afternoon – owner Nicola Paoleschi’s 70′ Pendragon, which won line honors for the fourth time out of five participations, thus winning one of the two Challenger Trophies of the 151 Miglia – to the last, the smallest but no less “assaultive” ones. 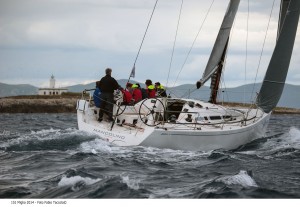 ALL RESULTS
In the end, after all the boats have finally reached Punta Ala Marina and the 2014 151 Miglia, a record-breaking edition with its 135 entrants, can be considered finally concluded, space for all the winners, starting with the aforementioned Pendragon of Paoleschi and by Michele Galli’s IRC 52 B2 (Francesco de Angelis also aboard), which, thanks to its success in Overall IRC (runner-up GLS Stella of Stefano Fava-Beppe Cavalieri and third Sea Owl of Mollica-Novi) won the other 151 Miglia Challenger Trophy. As for the same IRC grouping (77 boats arrived), in Division A affirmation always by B2, in B by Paolo Bonomo-Roberto Bruno’s Aurora, in C by Leonardo Landi’s Razza Clandestina and in D by Sea Owl. Turning to the ORC International fleet (49 boats arrived), the success in Overall (and in ORC 0) did not escape Martino Orombelli’s Swan 42 Mandolino (Fabio Costa’s Overall Musa runner-up and Leonardo Servi’s BluOne third), and this is hardly news, as Mandolino’s very talented crew is the reigning Italian Offshore Champion. Flavio Enrico Trusendi’s Giumat +2 took the win in ORC 1, Francesco Bruna’s Valhalla in ORC 2 and Musa in ORC 3. Special mention then for Prospettica, 16th in the ORC Overall but the only one among the boats that tackled the 151 Miglia with a reduced crew (owner Giacomo Gonzi with Iacopo Lacerra).

June 1 – Yesterday afternoon saw successive arrivals for the record fleet (135 boats) of the 151 Miglia, which started Friday from Livorno. After an overnight characterized by extremely variable weather conditions, with great alternation of wind gusts and bonanzas, scattered thunderstorms and sudden showers, At 2:30 p.m. yesterday, owner Nicola Paoleschi’s 70′ Pendragon crossed the finish line set in front of Marina di Punta first, winning the 151 Miglia in real time for the fourth time out of five participations, and thus winning one of the 151 Miglia’s two Challenger Trophies (the second, awarded to the first overall winner on corrected time in the largest category, will have its winner only after all the boats in the IRC fleet have arrived).

A great victory that achieved by Nicola Paoleschi and his close-knit crew, in their first regatta in Italian waters with Pendragon, a hull that takes up the legacy of Sagamore, obtained ahead of Michele Galli’s IRC 52 B2, second in real time at 11 minutes from Pendragon, led by a super crew that included former Luna Rossa skipper Francesco de Angelis and America’s Cup veterans Lorenzo Mazza, Cristian Griggio, Flavio Grassi and Romolo Ranieri. Next, just before 6:30 p.m., Giorgio Martin’s TP 52 A-Team, a hull already Italian Offshore Champion in 2012 under the colors of Circolo Canottieri Aniene, crossed the finish line, third in real time.

“This 151 Miglia was the first race with our new boat, we still have to get to know her thoroughly, so there is still so much to improve, but we are still satisfied,” said Nicola Paoleschi, owner and helmsman of Pendragon. “This edition was actually very complicated because of difficult weather to interpret, with lots of wind holes, and we also had a lot of upwind, much more than they thought, but the variety of conditions is also one of the strengths of the 151 Miglia, a really well-organized regatta that I am very fond of and with which there is a great feeling.”

May 31-The 135 boats registered for the 151 Miglia left Livorno a few minutes after 4 p.m. yesterday to head for the first buoy in Marina di Pisa. Already on Friday night, the first boats in the fleet rounded the Giraglia: the first hull to pass the Corsican rock was Nicola Paoleschi’s IRC 70 Pendragon, just after 11 p.m. Behind him is Michele Galli’s TP52 B2 and Gamucci’s Cookson 50 Cippa Lippa 8.

May 30 – The success of a regatta, squeeze, is confirmed by participation numbers. And the 135 (compared to last year’s 92!) boats that will start the fifth edition of the 151 Miglia this afternoon are proof that the event, in its (few) years of existence, has convinced boat owners, in times of crisis when the big “classic” regattas experience constant declines in attendance. Indeed, we can say that it has quickly become the most important “long” in the Tyrrhenian Sea (considering that the Giraglia, at least for this year, will not come to Italy).

THE PATH.
The regatta, organized by the Punta Ala Yacht Club, the Yacht Club Repubblica Marinara di Pisa and the Livorno Yacht Club, with sponsorship from Celadrin, will take place over a 151-mile course that includes the start off the coast of Livorno and passages at the buoy located in front of Marina di Pisa, the famous Giraglia rock, the Formiche di Grosseto (after leaving Elba on the left) and the Sparviero islet, the last step before the finish positioned in front of the Marina di Punta Ala.

BOATS & SAILORS
Many boats moored at both the Porto Mediceo in Livorno and the new Port of Pisa Boccadarno: both racing and “normal” boats. E tanti renowned sailors – starting with Francesco de Angelis, skipper of Luna Rossa in three America’s Cup editions, here at the helm of Michele Galli’s IRC 52 B2, and Lorenzo Mazza, also on B2, who won the Cup with the Alinghi team – alongside hundreds of fans.

RECORD HUNT
Boats are divided into ORC International and IRC categories. To the first place overall in compensated time in the largest category will go the coveted 151 Miglia Challenger Trophy, a trophy that will also be awarded to the winner in real time, weather permitting, Will go after the record of 16 hours, 25 minutes and 23 seconds set by Ourdream in 2011. Prizes and awards will also be given to the various class winners, which will be presented at the much-anticipated evening by the sea scheduled for Sunday evening in the outdoor spaces of YC Punta Ala, the final act of the 151 Miglia.

TRACKING AND COLLATERAL INITIATIVES
Chronicle, images and live tracking of the regatta, to follow its progress in real time, will be available at www.yellowbrick-tracking.com). There are also numerous collateral initiatives scheduled in Punta Ala (where the Gavitello d’Argento-YC Challenge Trophy Bruno Calandriello is scheduled from June 5 to 8, involving numerous protagonists of the 151 Miglia): from the exhibition of photographer Fabio Taccola to the exhibition of Team Celadrin’s Protoype Tatuus race cars, to the 151 Miglia Board Game tournament.

HAVE FUN WITH THE 151 MILE BOARD GAME!