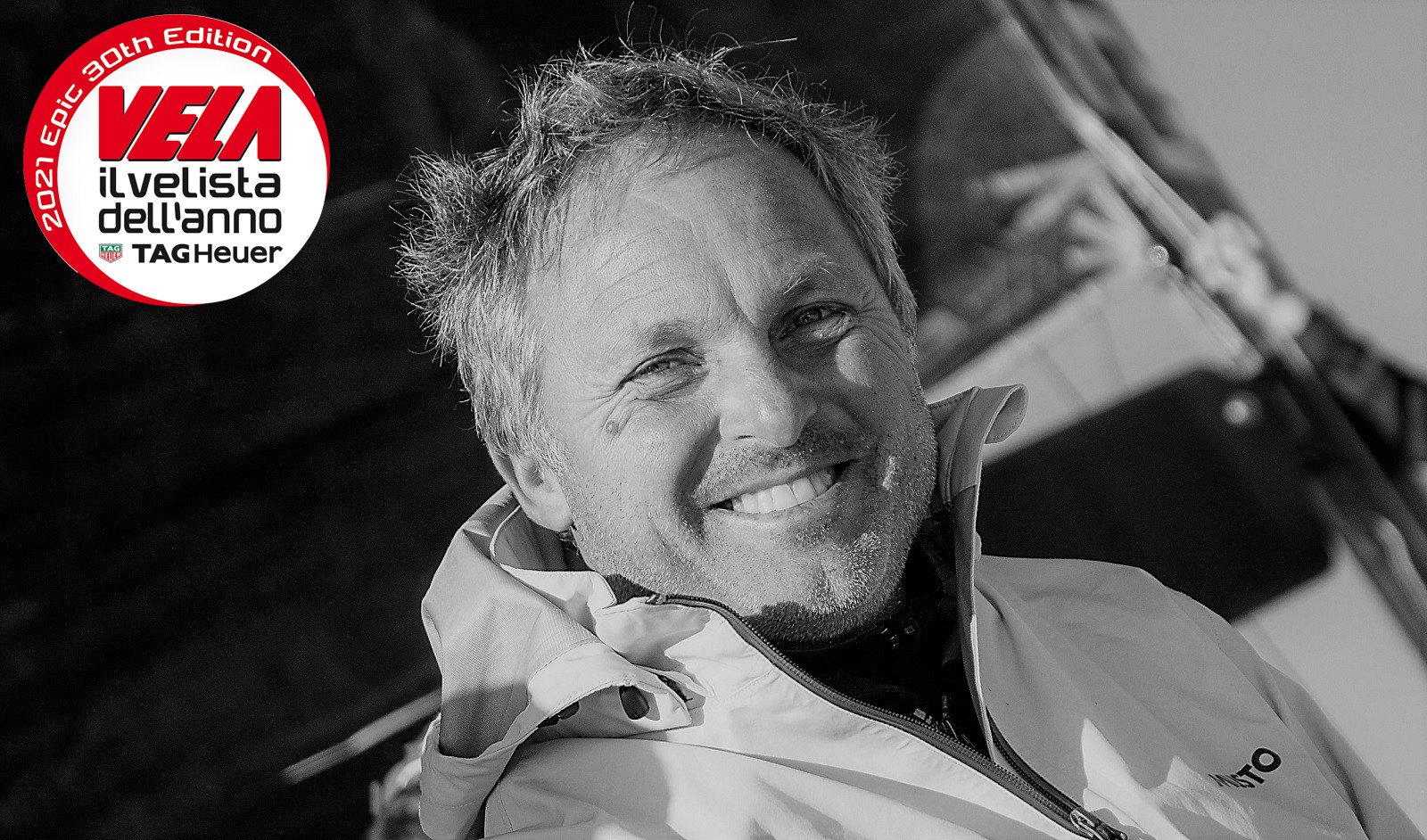 TheEpic 30th Edition of the TAG Heuer 2021 Sailor of the Year continues with a bang. At the time of writing, there are more than 16,000 votes you have already cast on our website, where you can vote for your favorite among the 100 sailors who, according to the Newspaper of Sailing, are the most prominent sailors of the past 30 years. An epic edition, as the name also suggests, because this year runs the 30th anniversary of the most prestigious award in Italian sailing (awarded since 1991 by GdV).

STORIES UNDER THE “LENS”

Here you see how the voting is going, who is winning, who is taking a big risk. For you today, we have selected some of the most interesting stories and compelling backstories from the shortlist of candidates in the race. From the men who have made sailing popular, such as Mauro Pelaschier, Azzurra’s historic helmsman; Paul Cayard, the Moro man; Patrizio Bertelli, Luna Rossa’s patron; to the “doll” Patty Pravo, who has been rediscovered as a sailor; from the classic “sea dog” Alex Carozzo, who challenged the sailing greats to a round-the-world race in 1969, to Maserati owner John Elkann. Read, and vote.

VOTE FOR YOUR FAVORITE SAILOR NOW 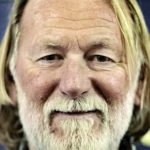 THE HISTORY OF SAILING

Mauro Pelaschier, class of 1949. It is 1983 when Italy is in the America’s Cup with Azzurra. Mauro Pelaschier’s face, from Monfalcone, appears, along with Cino Ricci’s, more or less from all over: even on elementary school notebooks, the striped and squared ones. The hardcover is white, Cino Ricci’s unmistakable signature is blue, and Azzurra’s two main protagonists, heart and mind, soul and strategy, are portrayed as they toil in the cockpit of the 12-meter international-gauge. In 1983, the passion for sailing was rampant when Azzurra won 25 of the 49 regattas contested. 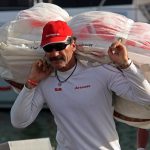 THE MYTH THAT MADE US DREAM

Paul Cayard class of 1959. It is March 11, 1990, in the Montedison shipyard in Porto Marghera a boat that will make history was born: Il Moro di Venezia. At the age of 25, a chance meeting with a certain Raul Gardini in Palma de Mallorca in 1985 would make him the helmsman of the Moro di Venezia. San Diego 1992, Louis Vuitton Cup begins, 8 boats on the water with one goal: to challenge the American defender of the 28th America’s Cup. For the first time in history, Italy reaches the final. Paul Cayard is a hero, who still ignites spirits and brings a tear to your eye. See our video interview with Paul Cayard by clicking HERE 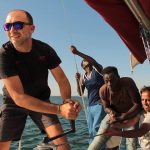 Simone Camba The policeman Simone Camba is leading the votes (more than 1,700) for his work as a promotion of sports in Cagliari and throughout Sardinia with the teens of New Sardiniasail, the nonprofit association that focuses on the social inclusion of both Sardinian teens with criminal issues and migrants who have landed on Sardinian shores. Young people seeking a useful landing place for a less uncertain future. Sailing is not only a pleasure, but a method of being and interacting with others and gaining skills useful in the search for a job in the boating field. Simone’s efforts, supported by the Cagliari Department of Justice, also point to competitive pursuits with the goal of participation. What a story guys! 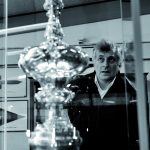 THE MAGNIFICENT OBSESSION OF BERTELLI

Patrizio Bertelli class of 1946. Theentrepreneur ‘s great obsession is called the America’s Cup and it is good for Italian sailing. Now in his sixth challenge with Luna Rossa,he is the man who can still make us dream, more than 20 years after his first America’s Cup experience. Don’t miss the interview done with Bertelli on the occasion of the TAG Heuer 2020 Sailor of the Year, click HERE to see it. 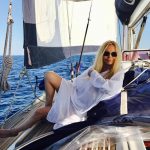 A “DOLL” OF A SAILOR

Patty Pravo class (you don’t say). Crazy idea to make…the Sailor with a capital V! What a story guys, the interpreter of the most beloved and transgressive Italian song, sexy icon and timeless myth for entire generations. In Patty Pravo’s eccentric and multifaceted life we also discover a hidden passion: that of sailing, which includes a solo Atlantic crossing! She herself revealed this during an interview a few years ago with Corriere della Sera. “Where does Patty Pravo go alone?” asks journalist Candida Morvillo curiously. And the singer responds in kind: “I also made the Atlantic solo crossing. From Spain I caught the trade winds and in two weeks I had arrived. I talked to Giovanni Soldini about it, and he couldn’t understand how I was alive, because he goes super organized, I had started off ground“. Then immediately afterwards, with her usual detached verve that takes everything little seriously, the singer adds, “
I almost died of boredom: I just had to keep the sails up.
“. It sounds like a joke, yet it smacks of truth: crossing the ocean on a sailboat in our imagination is the kind of difficult and risky adventure meant for a few daredevils, at least on paper. 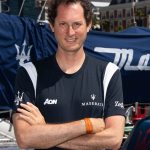 John Elkann class of 1976. Without him, the last Giovanni Soldini, the one of records and superboats, we would not have known him. The owner of the Maseratis (first the VOR 70, now the flying trimaran) is a true sailing and racing enthusiast, just like his grandfather, lawyer Gianni Agnelli. The chairman of Exor and Fca as soon as he gets a chance, he climbs aboard with Soldini, as he did at the last Rolex Middle Sea Race. “I in the boat expect to win,” he said. 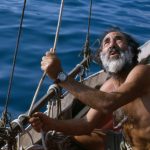 Carozzo Alex, class of 1932. In 1968 Carozzo was the first Italian to participate in the OSTAR and Golden Globe Race challenging the greatest legends of sailing from Tabarly to Knox-Johnstone to Moitessier. He began his sailing career in 1965, when, a sailor on a merchant ship, he built himself a small 8-meter boat on its deck in his spare time and with the permission of the captain. Arriving in Tokyo, Japan, he disembarked and with him his boat. From there he set out and sailed 5,500 miles across the Pacific until he reached San Francisco in the United States. It was the first time an Italian had dared to brave a solo ocean aboard a sailboat. That crossing became a legend and was the basis for every other crossing made by any soloist with the tricolor aft. In the 1990s he crossed the Atlantic to retrace Christopher Columbus’ route from Gran Canaria to San Salvador: 3,800 miles in forty days, seven more than the Genoese navigator, aboard Zentime. A living monument. 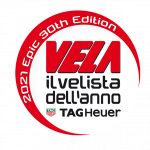 As a reminder, you can assign as many as 3 votes per voting stage to your favorites. You can give all 3 to the same person, to three different sailors, as you prefer. You will be asked to enter your email for voting authentication purposes. Find the rules, prizes and all the dates for the TAG Heuer 2021 Sailor of the Year – Epic 30th Edition here.

VOTE FOR YOUR FAVORITE SAILOR NOW