The EcoRacer 769 is the world’s first (7m) recyclable boat. TEST

ILake Garda welcomed us for the rehearsal of theEcoRacer 769, project by Matteo Polli for start up Northern Light Composites, on one of its typical summer days: sunshine and a lovely Ora, the thermal south wind typical of the Lake, around 8 knots, which allowed us to test this sport boat in very interesting conditions.

The EcoRacer 769, a 7.69-meter sports boat that won the Italian Minialtura Championship this year, is built with alternative materials such as thermo-plastic resins and flax fiber, which make the boat recyclable at the end of its life, a unique achievement in today’s boating scene. The boat’s design is by Matteo Polli, the wizard of ORC racing, who has created eye-catching, modern lines and a hull designed to compete in the mini offshore or Open circuits.

In addition to the Polli’s vision is the intention of the founders of Northern Lights Composites, to want to make something truly innovative. And then there is also the hand of two “gurus” of our sailing. One is Dede De Luca, who oversaw One Sails’ signature sail program with 4T Forte recyclable membranes. The other is Roberto Spata, who was in charge of the set-up and deck plan.

In terms of look, the boat is characterized by a bow with distinctive volumes: as seen on boats such as the Maxi 72 Cannonbal or the Fast 40 Ran VII, as well as on some Imoca 60s, the bridge in the front is flared, a choice made for reasons of the aerodynamic profile of the forms, as well as stylistic reasons.

At the lowest part of the bow, which still has fine entrances, a redan begins that continues aft and joins the deck line just before the maximum beam. An edge that deflects the flow of water and keeps the deck drier, also decreasing any potential entanglements. At the stern, the boat has a fairly soft knee high on the water, which dips when the boat heels over, typical of Matteo Polli’s signature ORC designs.

We board the boat and immediately understand that movements must be calibrated at a light pace because the boat feels every shift in weight. And it is the crew’s movement with the weights, always dynamic, that is the key to leading the EcoRacer at its best. Upwind with little wind the weight is concentrated amidships, with the crew more or less upwind depending on the intensity of the air. From 8 knots, 2 or 3 of the 4 crew go to “crush” in the hawser, below this intensity some weight is shifted toward the middle of the boat.

With winds between 7 and 8 the speed ranges between 5.3 and 6 knots, depending on whether you are sailing in high mode, very hemmed in, or low, the boat however does not struggle to maintain an angle of less than 45 degrees of true around 5.5 knots of speed.

PrevPreviousSwan 55, the new blue water (17m) comfortable cruising and fast racing
NextAdvanced A66S (20m), the Italian semi-custom that improves like the Porsche 911Next
In evidenza 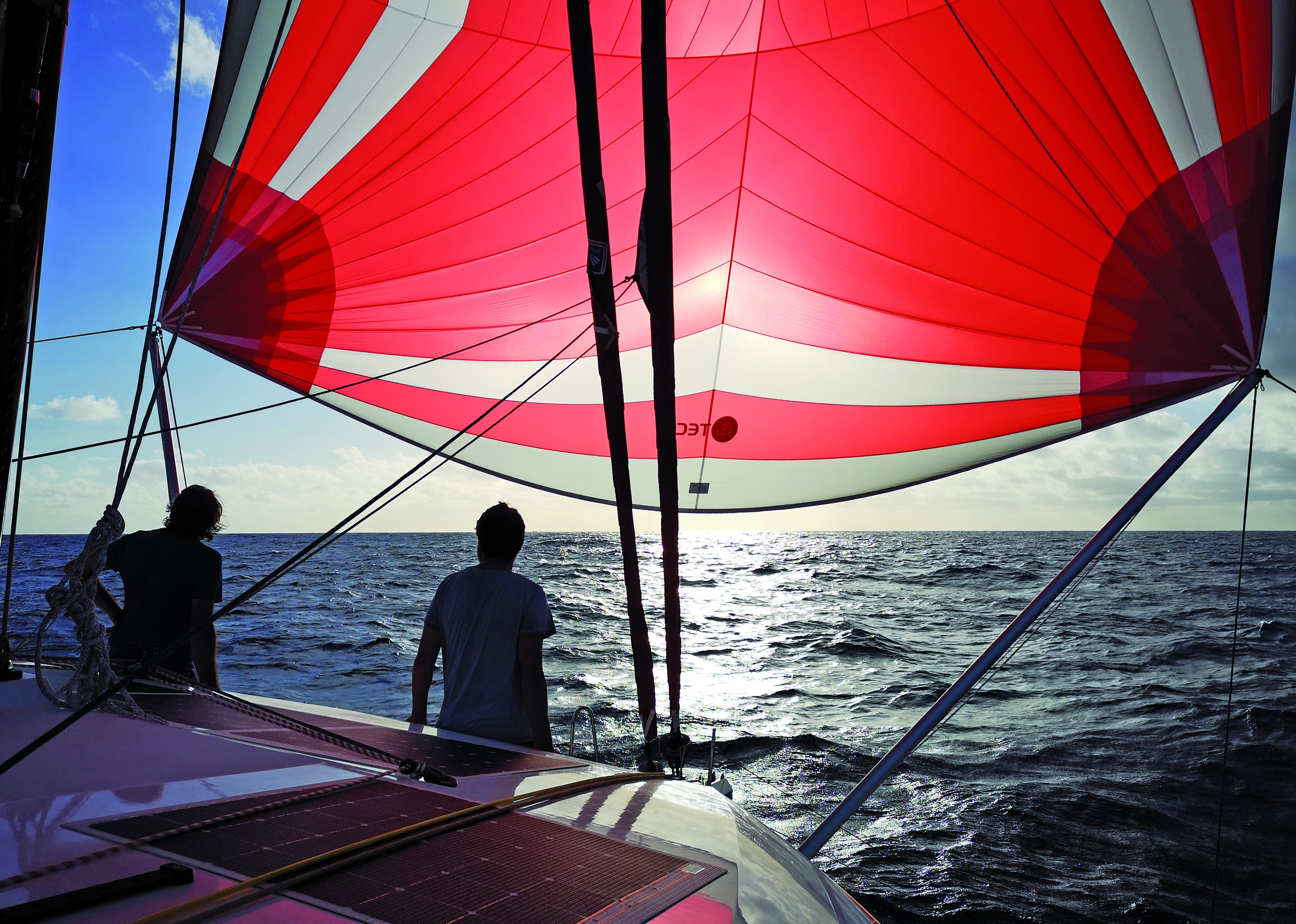