FD Switch: the lightweight 5-knot Italian foiler for everyone

To design an ultra-lightweight, reliable, full-carbon, stable, easy-to-handle and easy-to-carry foiling boat that could fly at 5 knots. This was the challenge behind the new FD Switch, the latest “Made in Italy” creation of the flying sail, which we had the opportunity to see at the recently concluded Foiling Awards (of which we were media partners, together with MotorBoats and Top Yacht Design), where the boat was on show in the foyer of Milan’s Teatro degli Arcimboldi.

The story behind the FD Switch

Before telling you about the boat, we have to tell you who is behind it because it is a real dream team. The initial idea for the project came from the Ferrighi brothers, Gian and Stefano. They are two young designers who worked in Australia for important design studios and decided to come back to Lake Garda where they set up a shipyard, the Garda Carbon Lab, which is the state of the art in composite processing technology (with a fleet of machinery that also includes a 4-axis CNC milling machine to shape the moulds). 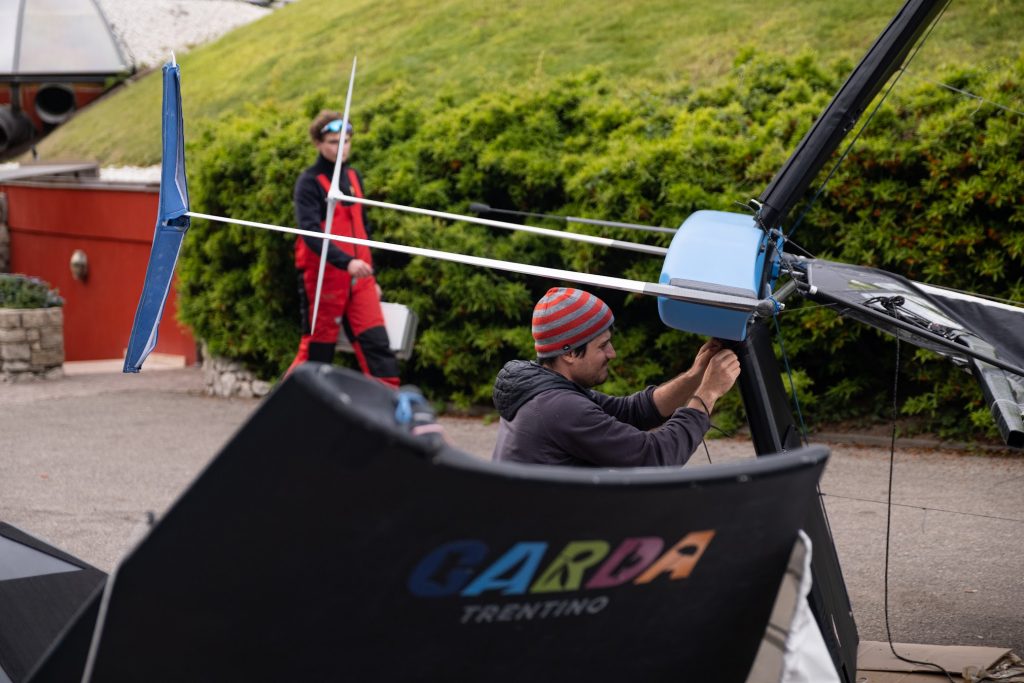 The Ferrighi twins decided to involve Luca Devoti, the Veronese sailor who won Olympic silver in the Finn class in Sydney (and skipper of +39 in the 2007 Cup) and a boat designer who is always up to date, in the project. “They are ultra-technological and champions of 3D modelling, while I am old-school, based on manual skills and sensations,” jokes Luca. “Together we studied solutions to create a boat that was easy to use, able to fly even at low speeds, at an affordable price”. 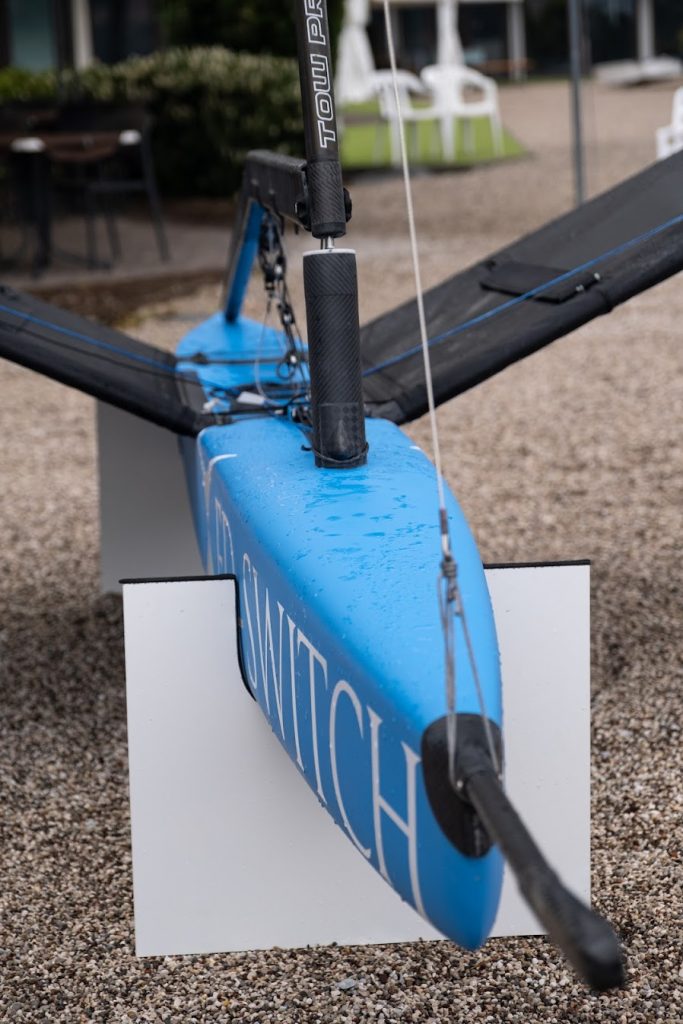 Mr. Devoti continues: “We did the first tests on the lake, the boat is sailing in perfect balance. A good first time. I’ve built a lot of boats and I can assure you that this has never happened to me. A miracle!

Luck? No, or at least not only. We haven’t finished unveiling the rest of the team: Fabrizio Marabini (ex-Moro di Venezia), CEO of FaRo Advanced Systems SL, which specializes in the production of electronic components for sailing yachts. He is a true wizard of mechatronics (a science that brings together mechanics, hydraulics and electronics, which allows the management and development of the movements of the on-board components) who got his hands on Soldini Maserati’s maxi trimaran and, above all, developed Luna Rossa’s “muratto”. “Fabrizio”, says Devoti, “knew very well the problems of foiling on small boats and was the right person”. 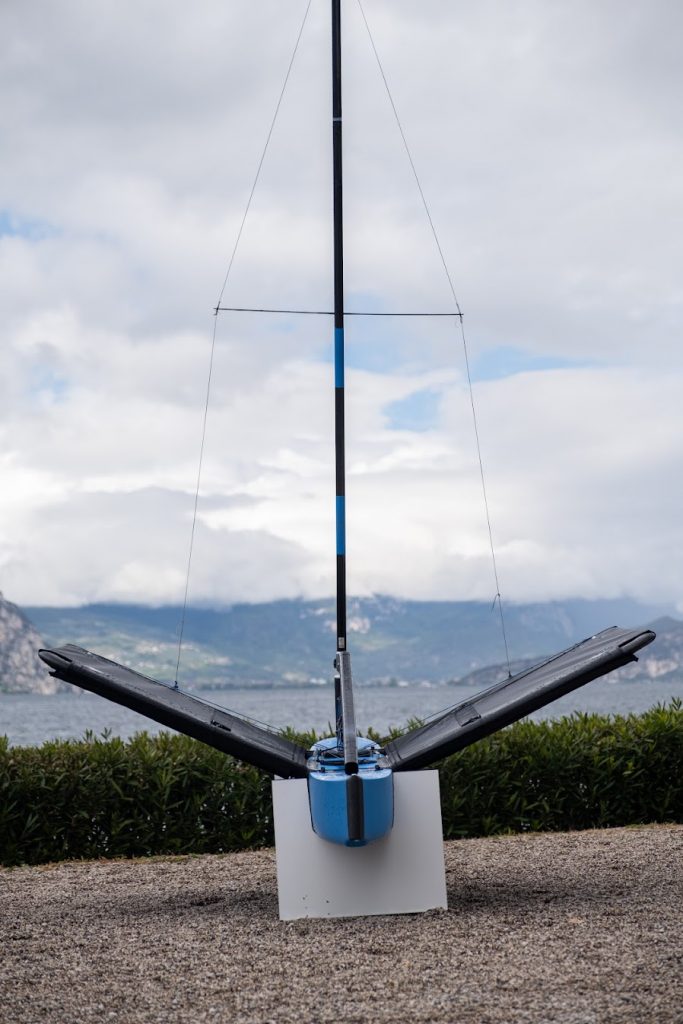 FD Switch, the help of mechatronics

What is the main problem when flying on the water? “The batten, the so-called wand at the bow of the boat, mechanically connected to the central flap, often reads the wave as a drop in the height of the boat on the water and automatically increases and decreases the load on the flap. When you are sailing with no wave or a very low wave, this is not a problem. But when the wave is stronger, this means that the helmsman is constantly having to manually adjust the angle of the T rudder. It’s not easy, not at all, and this would mean that the boat could only be used in a small range of conditions. With Fabrizio we therefore devised an appendage management programme with an algorithm that can ‘learn’ over time. Just as happens in aircraft: the flaps adjust automatically during turbulence, without the need for manual intervention by the pilot!” 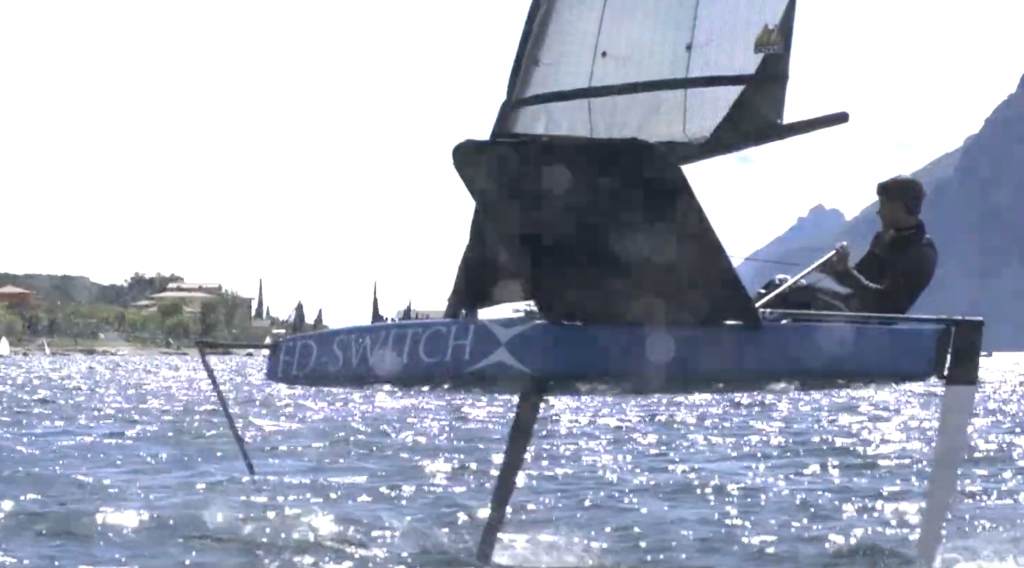 this is where another great figure behind the scenes at FD Switch, Gianni Cariboni, comes into the picture. The genius of hydraulics (Cariboni and his company supplied all four AC 75s in the 36th America’s Cup with the titanium cylinders that move the foil arms and the parts that join the arms to the cylinders and the hull). Devoti says: “It took Gianni’s engineering mentality to come up with the best actuator system to move the appendages and probes. He immediately liked the design and came up with a perfect electrical system. 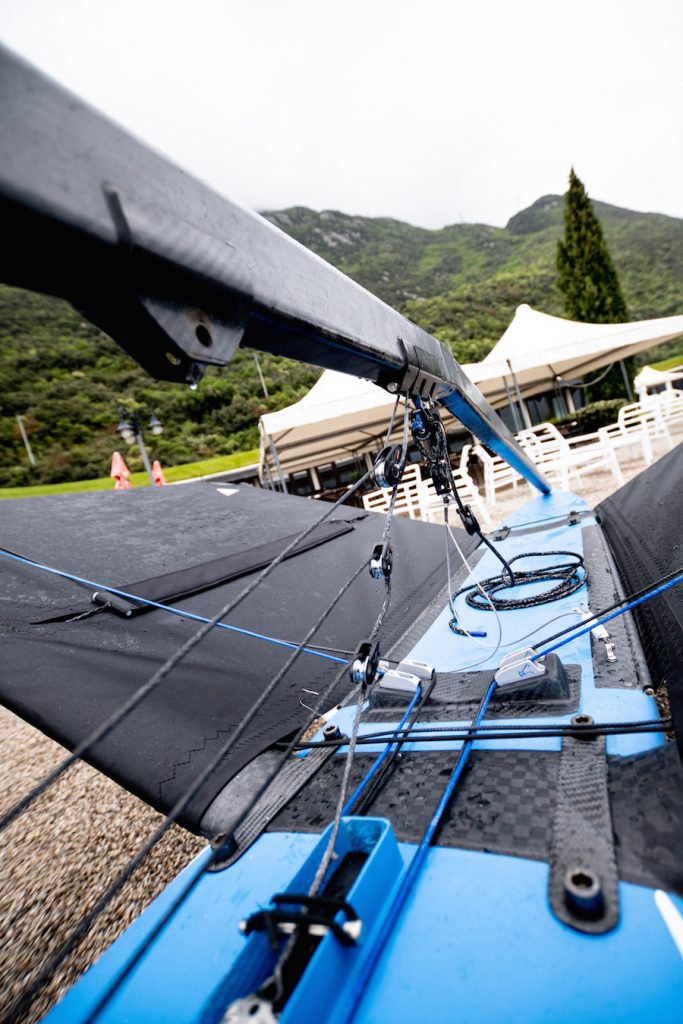 The FD Switch’s two-piece mast and boom were made by Selden. Mr. Devoti explains: “We opted to use T800 carbon, which is of the highest quality and strongest. We enlarged the diameter of the mast, which weighs just 2.650kg (the boom 2kg) to increase its reliability”.

The sail plan, which includes a mainsail measuring 8.30 square metres (“a quarter of a square metre more than the Moth”), was designed by Devoti together with the Doyle Sails elite: “We worked with CEO Col Anderson and Andrew Lechte, a real big name. During his long career he has worked as a sail designer on several America’s Cups, the Olympics and the Volvo Ocean Race”. 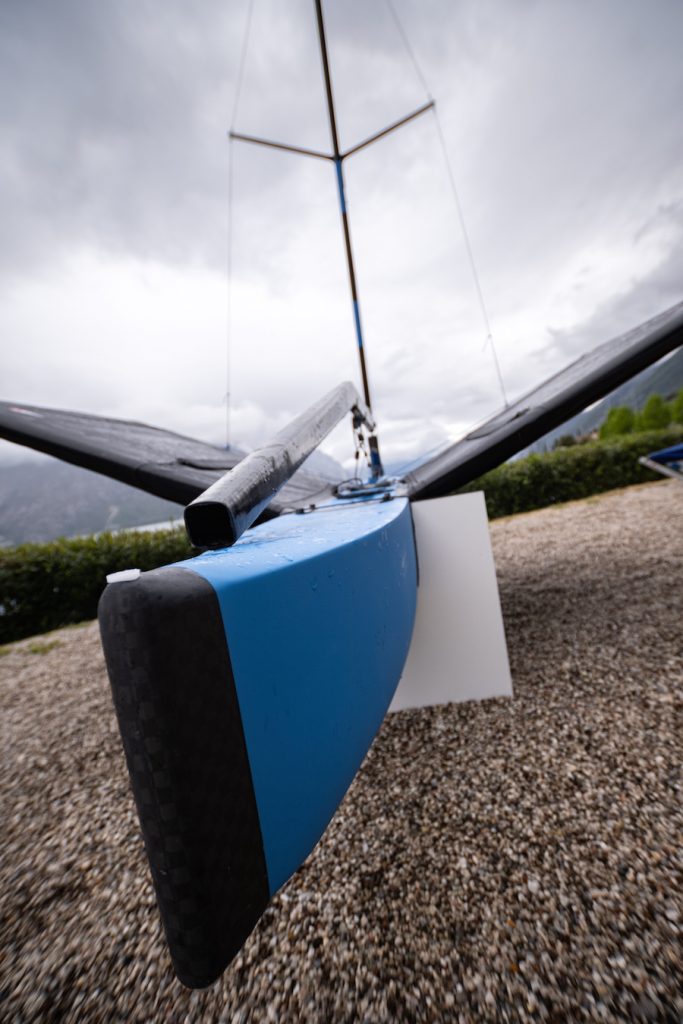 FD Switch: how much does it cost?

The result of all this work is the FD Switch. A 3.90 m boat which, when rigged, weighs less than 30 kg (the total volume is 190 litres), with 5 knots of air it rises into the air, it is easy to steer even in rough seas. The interesting thing is that you can carry it anywhere because it fits in a bag. “The wings for the terraces are tubes that plug in, the mast can be dismantled, and the hull weighs just 12 kilos,” says Devoti with a touch of pride. The price is still being worked out: “We expect to stay under 19,000 euro + VAT with the mechatronics included. 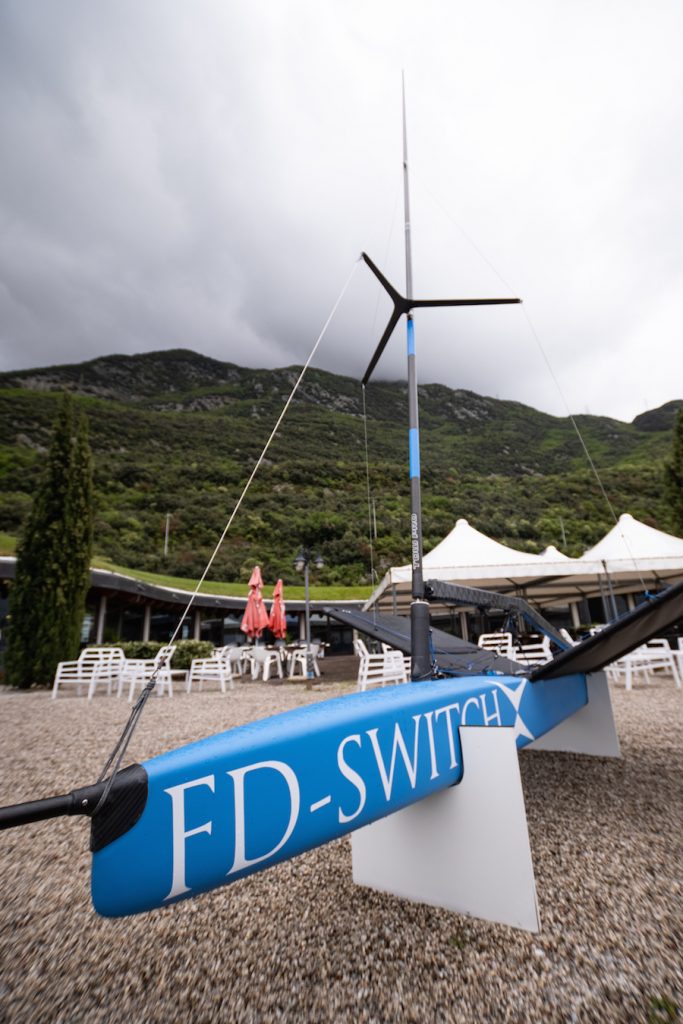 Who will produce and sell the FD Switch? “We have already set up a worldwide distribution network. We are very happy that we have managed to standardize the production method. We have the 3D plans for the moulds, the boat is made entirely of prepreg carbon and the ‘baking’ is done in an autoclave, so it could theoretically be produced anywhere you have the right technology.

Find out more about the FD Switch and see it live

Would you like to find out more about the FD Switch and maybe go and try it out for yourself on Lake Garda? Just send an email to the Ferrighi brothers’ Garda Carbon Lab

1 thought on “FD Switch: the lightweight 5-knot Italian foiler for everyone” 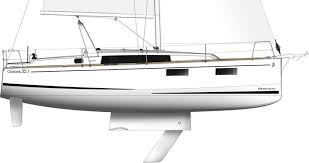 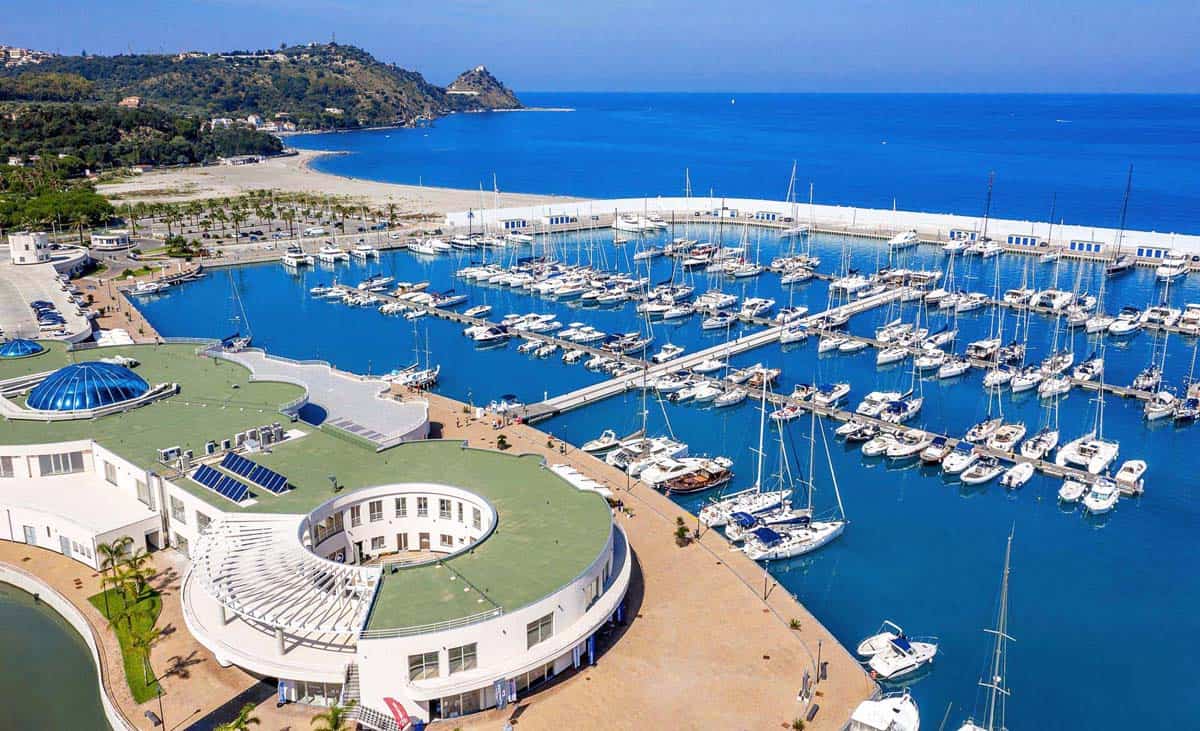 Where are the eco ports in Italy awarded the Blue Flag

A total of 82 Italian ports and marinas received the Blue Flag in 2022, synonymous with clean water, excellent services and environmentally sustainable behavior. It is worthwhile then to include them in cruise programs. Surely in the dreams of the 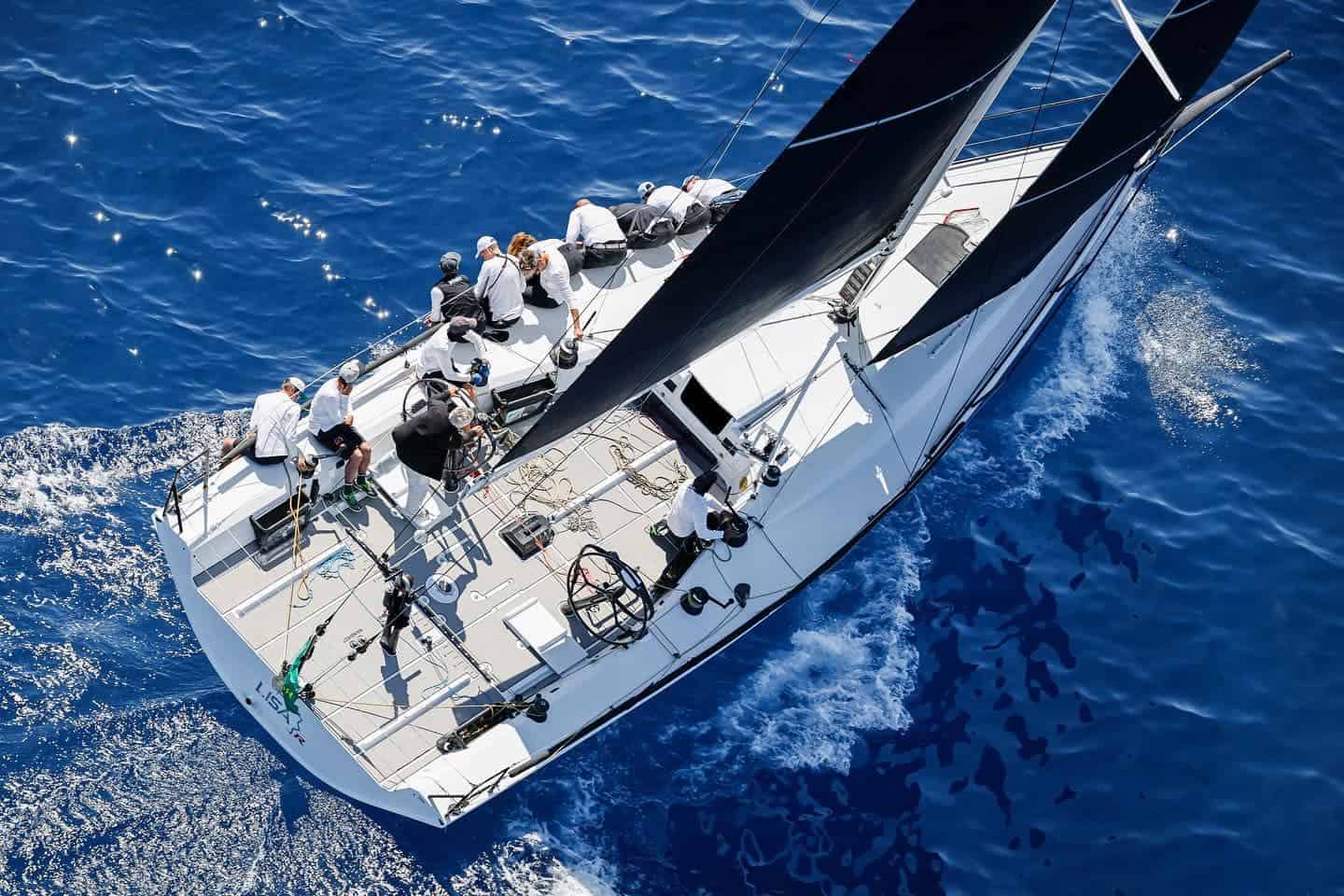 Since the Rolex Giraglia has been awarded to the IRC classification, which is since 2010, no Italian boat had ever won it. To go back to the last victory in the overall classification by an Italian, we have to go 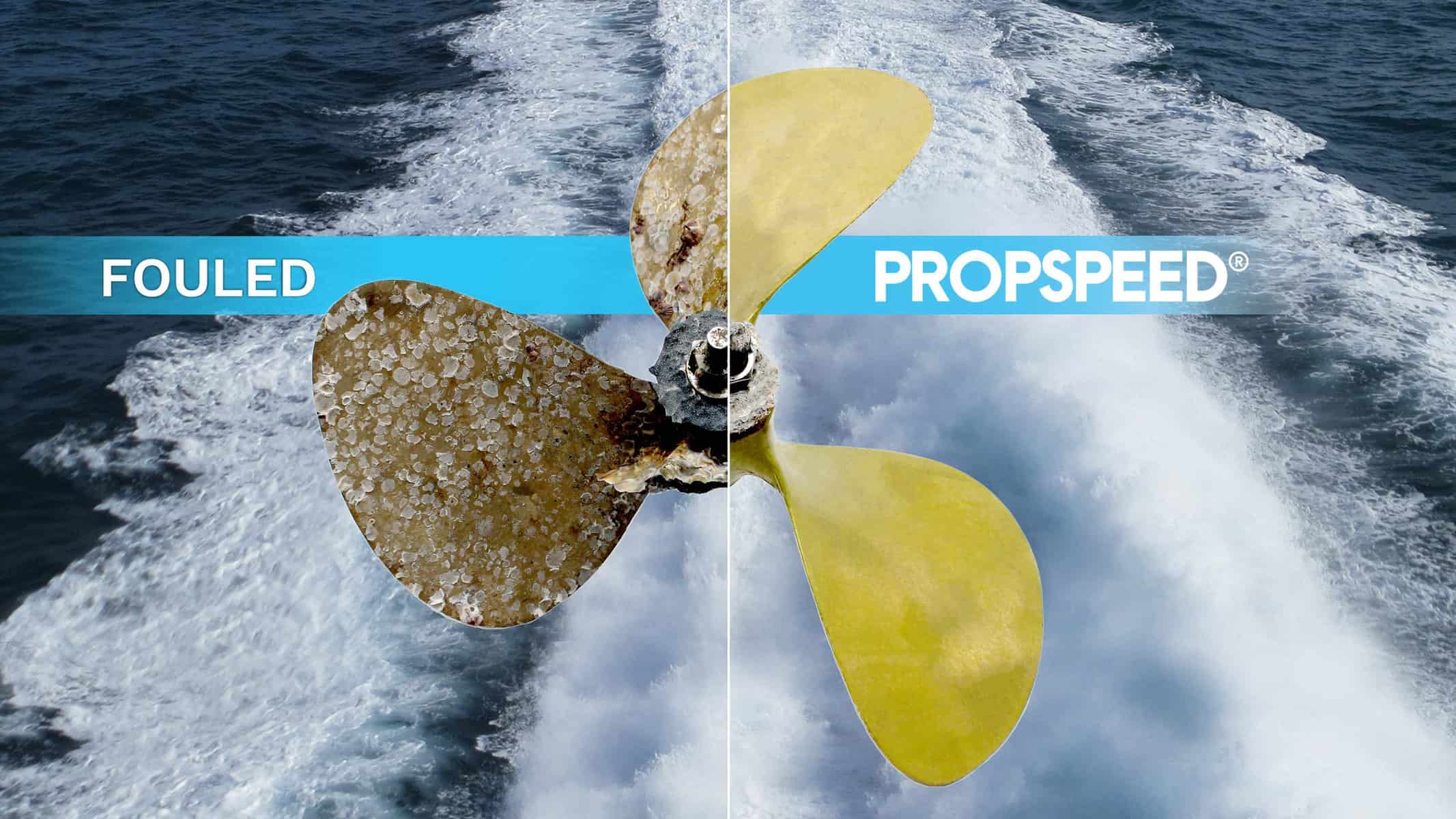 CMP Group is the new Italian distributor of Propspeed antifoulings

CMP Group, a company operating internationally in the design, manufacture and supply of cathodic protection systems for the marine industry, is the new sole distributor for Italy of Propspeed International products. New Italian distributor for Propspeed The CMP offering, which 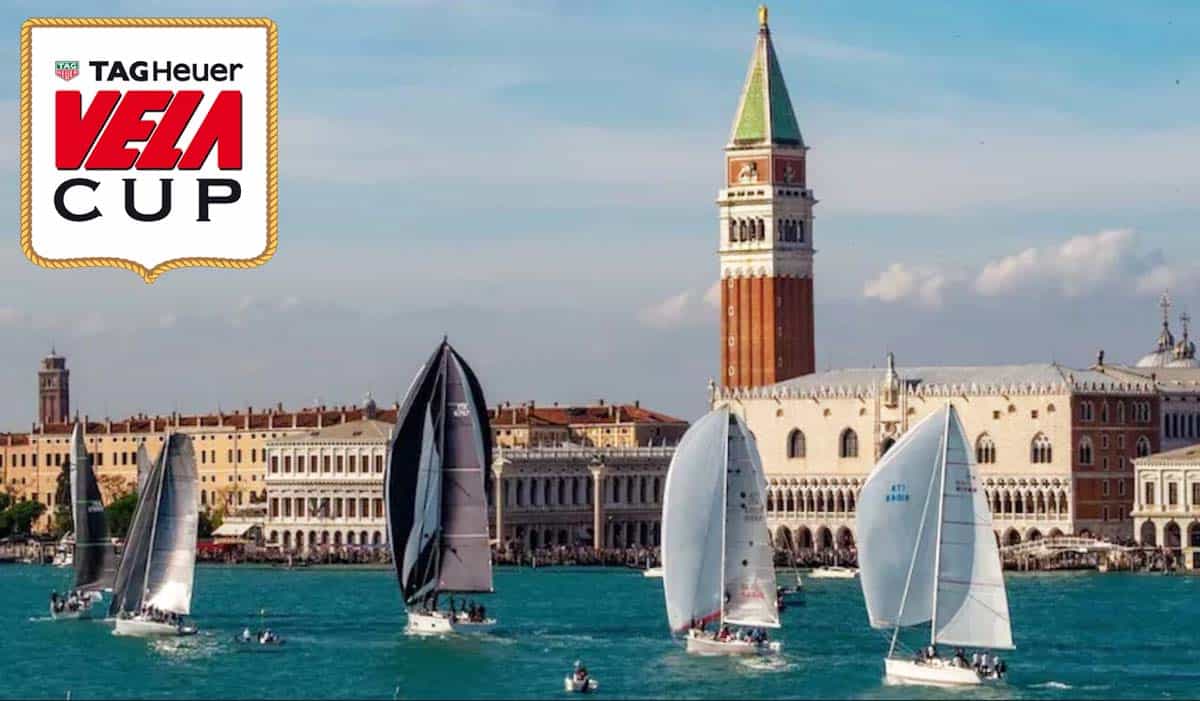 The VELA Cup comes to Venice on July 23: here’s everything you need to know

On July 23, the TAG Heuer VELA Cup circuit makes a stop in beautiful Venice for the Round The Lido Race. An unmissable sailing festival between nature and beauty, relaxation and fun. And also on the program is the Elan