Enrico Chieffi: “How I became Star European Champion at the age of 58”. 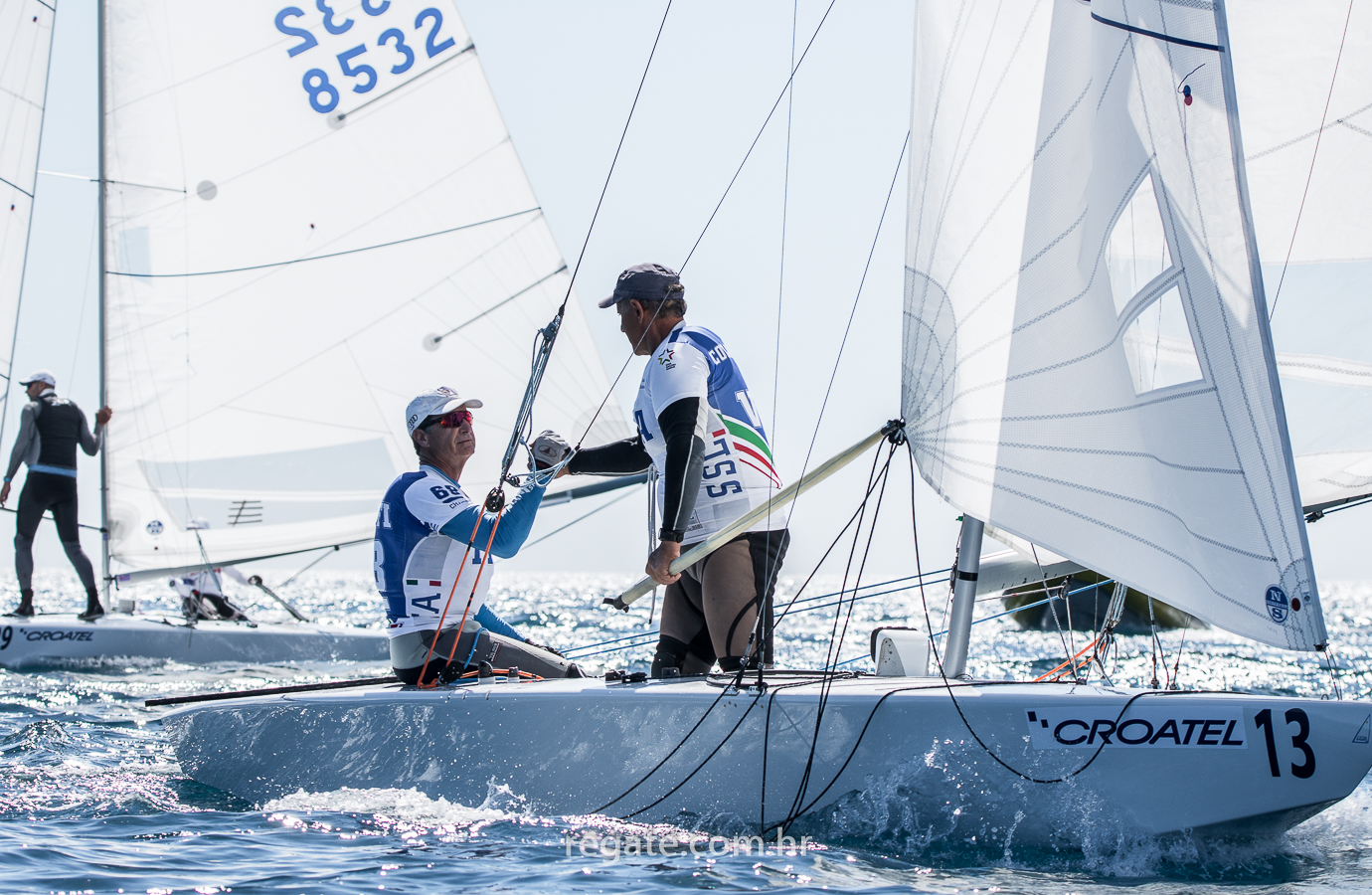 You cannot buy class and sailing is the sport that gives you the opportunity to express it best. Whatever your age. Enrico Chieffi, at the age of 58, won the European Star Class title in Split together with bowman Nando Colaninno (aged 54). An exceptional result – obtained a day early – on a very difficult boat, the former Olympic Star class, where, nowadays, there are still many great sailing champions.

“I’m happy, or rather overjoyed,” said an elated Enrico Chieffi. “The victory came after a ‘fair’ week, where we made fewer mistakes than the others. From a tactical point of view, out of the six races run, six times the start was good at the buoy. And each time, we managed to start where we wanted to. Generally, on the race course, the left-hand side was the best choice and tactically we were never in the wrong place.

The Chieffi-Colaninno pair won in Split a day early, after six races in which they were always in the top places (3-3-4-9-2-1). Enrico Chieffi, current vice-president of the Nautor’s Swan shipyard, has a palmares of sailing greats. The 1996 Star World Champion (paired with Roberto Sinibaldi) was tactician on the Moro di Venezia in 1992.

He started out with his brother Tommaso and, in the 470 class, he won the 1979, 1980 and 1982 Italian Championships and the 1981 European Championship. He took part in the 1984 Los Angeles Olympics, finishing fifth, and won the 1985 World Championship in his home waters at Marina di Carrara. But Ferdinando “Nando” Colaninno is no less impressive: he was an Italian in Sydney in 2000, on the bow of Pietrino D’Alì.

A perfect strategy, as Chieffi told us, is not the only “secret” behind the victory. There is also an exceptional and innovative boat: “You have to know,” says Swan’s vice-president, “that my mentality has always led me in search of innovation. Just think that the spinnakers still used today in the 470 class are derived from those I invented in 1982.

They were completely different from anything we had seen up until then: on average, they were half the depth of traditional spinnaker. To compensate for their ‘thinness’, they had an exaggerated elliptical shape. They worked right away.

A NEW “STAR” IS BORN

“But I’m digressing,” continues Chieffi. “The new Star I raced on in Croatia is very special. Talking to my friend and designer Juan Kouyoumdjian (with whom Enrico has a close relationship, also considering the recent Club Swan line, and who took part in the Star European Championship together with Enrico Voltolini, finishing fourth, editor’s note), I came up with the idea.

But why not ‘update’ the Star with a new mast? Traditionally, the mast of this boat (born in 1911 by the American Francis Sweisguth, and an Olympic class from 1932 to 2012, ed) is long and has a very thin section, it has little sturdiness (in the Star it often happens, even to champions, to break the mast, ed). If we shorten it in length, with the same section it will be much stiffer: hence the idea of a mast resting on the deck and not passing through.

Juan K followed me right away: he took the original drawings of the Star that won the 2008 Olympics with Iain Percy and based on them he studied the application of the mast on deck. Then we called my friend Stefano Lillia (son of Meco Lillia, the historic Star builder on Lake Como, ed.) and the boat was built in his yard.

THE PROS OF AN ON DECK-MAST

That’s where Stefano Lillia comes in. From Pianello Del Lario, he brings all the know-how he has accumulated in almost 65 years of experience (the shipyard’s first Star dates back to 1957): “It’s a pleasure to work with Enrico because, like me, he is an innovator,” says Stefano Lillia.

“When he came to me with the idea of the mast resting on the deck, I immediately tried to apply the solution to a boat I had in the boatyard and I brought it to him during the Viareggio races and asked him to test it. This Star was going well, but it needed some updates, and that’s where Juan, with his design experience, helped us a lot.

With the final design by Kouyoumdjian (“an ex-novo design, with a rounded bow in the style of the old America’s Cup boats, with a redesigned keel, skeg and rudder”), explains Stefano Lillia, “the boat was exactly as we had thought.

By bringing the mast on deck (housed in a slightly recessed “mini cup”), we were able to reduce the mast’s “B point”, which defines the dead section of the profile, i.e. the portion that works under the boat’s sheerline, from 50/60 centimetres to just 18 millimetres. That’s quite a saving: on the Star’s mast, which is around 10 metres long, we’re talking about 5% less length (not to mention reduced weight).

“In recent years, many solutions have been studied to increase the rigidity of the shaft: we even preferred non-anodised aluminium shafts because anodising took away valuable thickness from the profile. But the simplest solution was right in front of us. Shorten the profile.

The on-deck mast brings other pros. “Since the cockpit is closed in at the bow – Stefano Lillia xplains – this solution allows us to reduce the size of the cockpit by moving the closure backwards, making it easier for water to drain away in the event of a splash, as it reduces the surface area. Secondly, this has allowed us to move the transverse bulkhead back, which used to be 30-40 cm forward of the mast, exactly on the direct line of the mast and the shrouds, increasing the efficiency and rigidity of the structure”.

“It was a team effort – Stefanno Lillia concludes – Everyone (myself, Enrico, Juan) brought their own know-how and the results came soon”.

“We had to contact the Star Class to obtain the possibility of making this modification, which, according to the rules and measurements of the class, was not prohibited – adds Chieffi – The boat performed very well in Croatia, sailing stiff and stable. So, if you give a good boat to a couple of hotshots like Chieffi and Colaninno, the result is (almost) guaranteed.

the Star has a reputation for being a very “physical class”. What about Enrico’s age (58)? “My secret, which is easy to say, is a sporty and healthy lifestyle. Every morning I get up very early, go for a run (I always do my 10 km a day), then shower, breakfast and the office. When I can, I also work out.

This is my way of life, without physical activity I feel ill: a system that I learned in my sporting past, in the 470 and the America’s Cup, and that I still carry with me today. This winter, for example, I’ve been skiskiing non-stop with big differences in altitude as soon as my work allowed me to. And when I’m not skiing, I’m boating. That’s my real secret.

And now? “Now there are the Star World Championships, from 7 to 11 September, in Kiel, Germany. Our participation has been in the plans for a long time. I decided to get back in the game on the Star after my return to the World Championships in Porto Cervo (which ended with an excellent ninth place in tandem with Manlio Corsi, ed).

And with a crew and a boat like that, let us tell you, expectations are high! 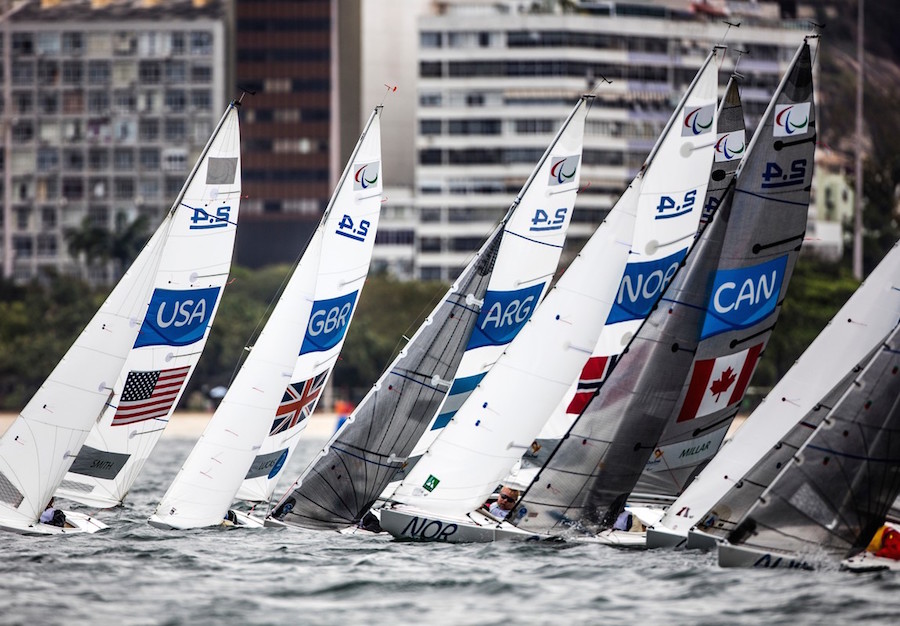 World Sailing, wake up! Sailing is the most inclusive sport in the world. Prove it!

Sailing is the most inclusive sport in the world. But he doesn’t know he is: has been excluded from the Paralympics(we told you about it here), but all it would take is a simple change in the classes chosen for