Morgan Freeman and his sailboats (none of them is “cool”)

Welcome to the largest virtual race in the Mediterranean. Register now (for free)

Verga Plast. Take a transparent boat, buy it online and receive it at home

We take our cue from an article that has been recently published on Luisa Fezzardini’s blog to tell you about an “unsuspected” sailor: Oscar-winning actor Morgan Freeman. Born on 1937, the son of a barber and a cleaning lady in Memphis (Tennessee), the American movie star fell in love with sailing when he was in his thirties, before becoming famous. 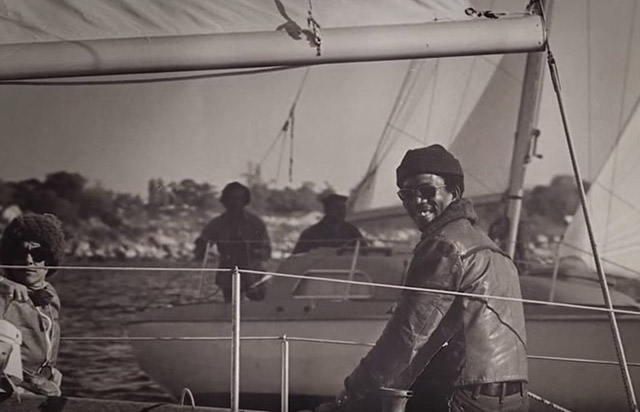 Morgan Freeman on a boat in the 1970s

Freeman is a truly experienced sailor, with many miles under his belt. He practices sailing “as a particularly effective antidote to cure Hollywood”. His sailing trips usually include Long Island Sound, Block Island, the Elizabeth Islands, Cape Cod, the coast of Maine, and Yarmouth, Nova Scotia. The following are the boats he has owned in his long sailing career. Morgan Freeman is a sailor, so you won’t find megayachts, daysailers designed by prestigious archistars, or vintage monuments. No “cool” boats.

Morgan Freeman’s first major cruising experience was in 1979, when he set sail for the Caribbean on a small Alberg 30. He was accompanied by a family crew consisting of his wife, daughter and his cat Zipper. 9.23 meters long (waterline length 6.61) and 2.67 metres wide, this long-keeled slooper with a splintered keel (draught: 1.31 m) was designed by Carl Alberg in 1962 and built by the Canadian shipyard Whitby Boat Works. More than 700 units were launched, many of them in fibreglass. Some of its features and appearance are reminiscent of the old wooden sailing boats of the 1940s and 1950s. The sturdiness of its construction still makes it a leading boat on the Canadian and North American second-hand market. 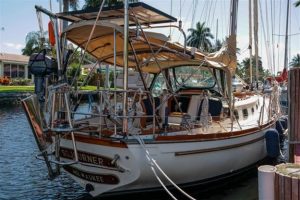 As the years went by, Morgan Freeman’s success as an actor arrived: from the mid-1980s onwards he starred in several successful films, which proved Freeman’s versatility and talent. In 1988 he received his first Oscar nomination as best supporting actor for “Street Smart”.

The layouts of the Shannon 38. Image source: sailboatdata.com

Rather than allowing himself to be “bewitched” by the glossy world of Hollywood and megayachts, Freeman became the owner of a Shannon 38, Sojourner, switching from sloop to ketch rigging, without giving up the long keel.

Built between 1975 and 1988 in over 100 units, the Shannon 38 was developed by the US shipyard Shannon Yachts in co-operation with G, H. Stadel & Son/Schultz & Associates. 11.51 meters long and 3.51 meters wide, the boat has a draft of 1.52 meters and a displacement of over 8 tons. On this boat, in 1989, the actor set sail to Sombrero Rock, north of St Martin, and then, two years later, began a long cruise to the British Virgin Islands. 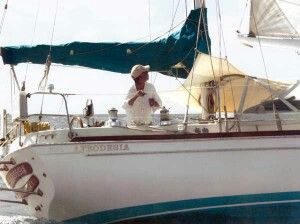 Freeman sailing on the Afrodesia

Years go by, Freeman is universally known. In 2005, he won an Oscar for ‘Million Dollar Baby’. He could buy any boat with his money. But for him, sailing is not ostentation: it is passion, a challenge. “If you live a life of make-believe,” Freeman once said, “your life is worth nothing until you do something that challenges your reality. And for me, sailing on the open sea is a real challenge, because it’s life or death.” 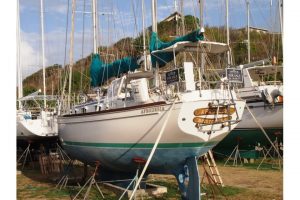 The Shannon 43 Afrodesia, owned by Morgan Freeman, for sale in Virgin Gorda

Once again, the actor left aside the comfortable millionaire yachts and, remaining faithful to the brand, in the second half of the 1990s he bought Afrodesia, a Shannon 43. This one also had a ketch rig and came in two versions, with a long keel or the more modern blade. Freeman opted for the first version.

The Shannon 43, designed by Walter Schultz, is 13.36 metres long and 3.96 metres wide, weighs 12,247 kilos and has a draft of 1.45 metres (2.62 in the fin version), with 4,536 kg of ballast. A boat suitable for long voyages and ideal for those who want to live aboard for a long time. Together with Afrodesia, Morgan Freeman explored the Caribbean and went as far as Trinidad, before selling the boat in 2017 and donating the entire proceeds to charity. 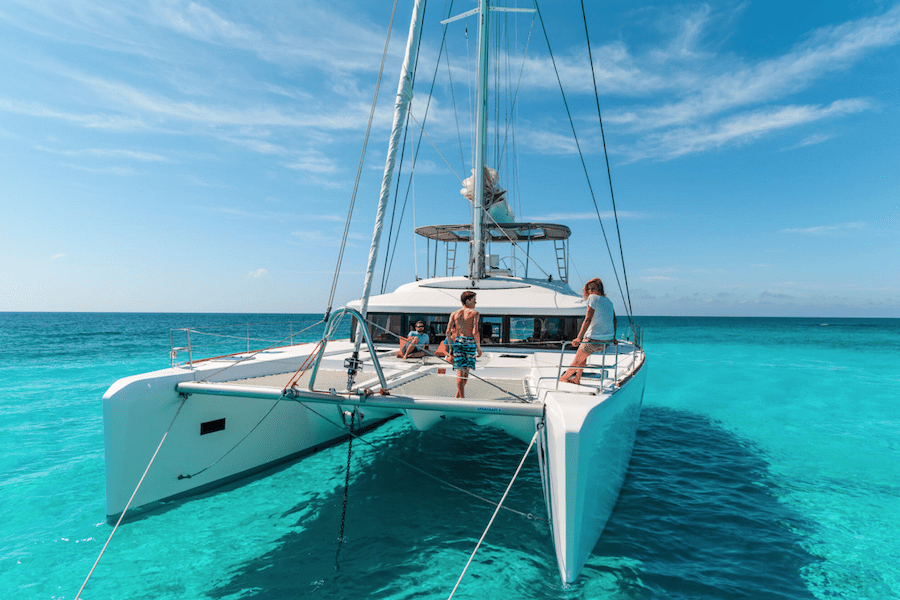 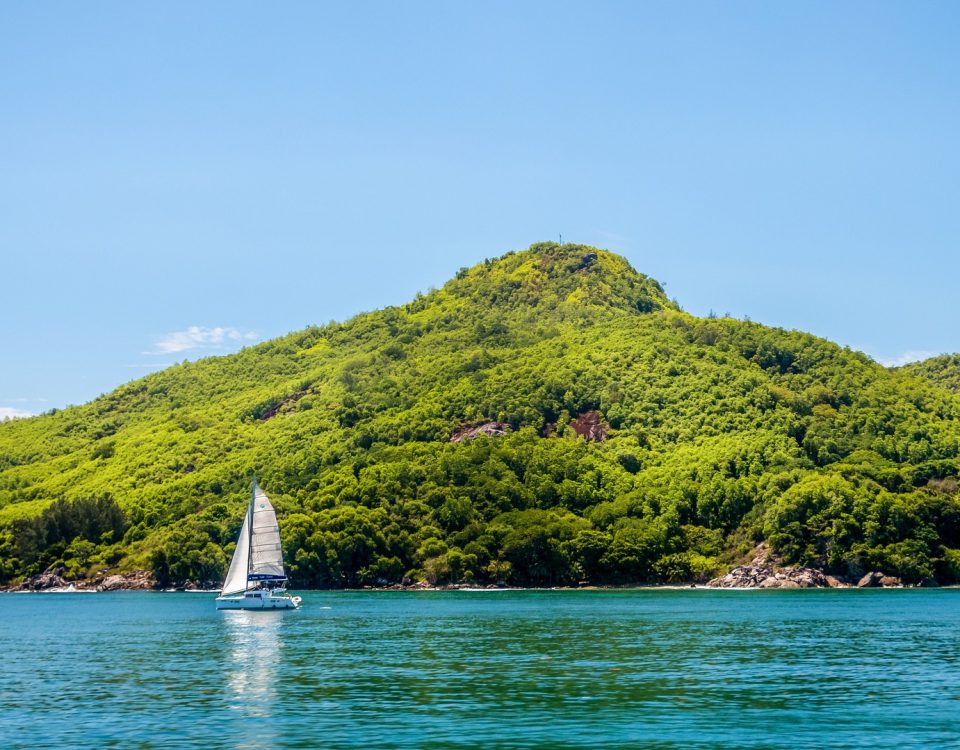 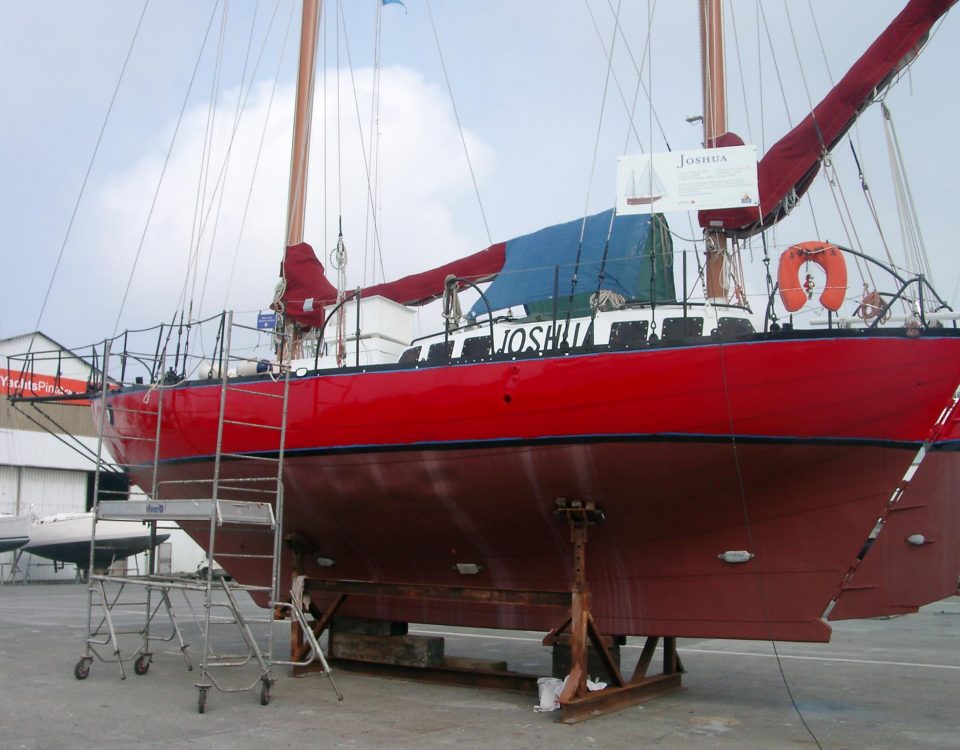 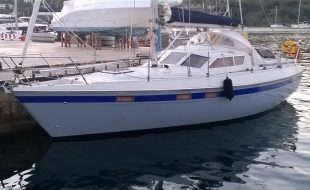