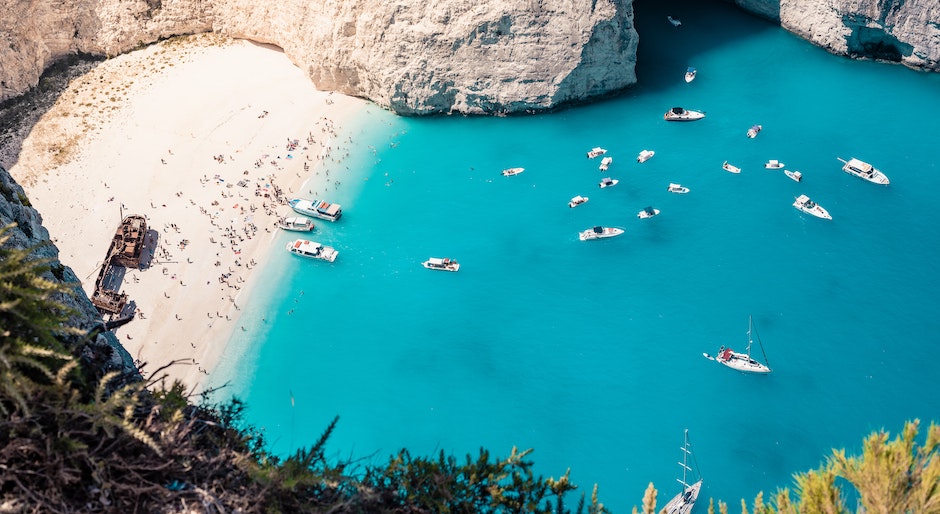 The question that a U.S. rental company posed to a select sample of 100 repeat customers (for at least 10 years) and big boaters is fascinating: where would you like to sail once in your life where you have never been?

The responses were surprising. Almost no one mentioned traditional destinations, the favorite destinations “for the boat vacation of a lifetime” are a mix of the exotic and the desire to explore off-the-beaten-path routes.

Here are the Top Five destinations chosen by respondents with news and references for visiting them.

An auspicious name given by Governor Alexandr Baranov (1746-1819), who took shelter here during a fierce storm. A virtually untouched place, where the opening scenes of a great classic film like “Hunt for Red October” were also filmed. A true sailor’s paradise, where the wind blows regularly between 15 and 20 knots, from the north in the morning, then rotating south in the afternoon. Perfect for sailing almost always to the carriers, if you decide in the day to leave and then return to Seward, the only significant population center in the area and with a well-equipped and modernized marina a few years ago.

But Resurrection Bay’s richness also lies in the large number of fjords and bays and sheer ice walls (such as those at Harding and Grewingk-Yalik), interspersed with steep stretches of forest. A not-to-be-missed anchorage is Thumb Cove, about seven miles from Seward, where you can give anchorage in complete safety and enjoy the spectacular scenery around you, especially in summer, when the sun does not decide to cross the horizon line.

If you go ashore with the tender, however, beware of bears, which are very present in the area…

Getting there: by plane you land in Anchorage, then you can rent a car or take the train

When to go: from May to August

The Andaman Sea is one of those places that, once visited, leave you with a terrible desire to return as soon as possible. The climate is exceptional, as are the people you will meet, plus everything, starting with the food, is cheap. You will hardly find “traffic” by sea, and you will constantly have the feeling that you are the only visitor, with the advantage of easy navigation, suitable even for the inexperienced. Starting from the island of Phuket, where it is easy to find a charter boat in the southern port of the island, you can choose at your leisure whether to head north or south. In the first case you will be immersed in Phang-Nga National Park, a marine reserve consisting of one hundred and twenty atolls that will make you feel like you are part of a Peter Jackson (the director of the Lord of the Rings saga) movie. The islands are full of caves and waterfalls to visit, and 007 fans can dock at Khao Tapoo Island, also renamed James Bond Island where the legendary film “The Man with the Golden Gun” was filmed. The water is glow-in-the-dark and you should definitely not miss a night sailing with a bath, you will get back on the boat full of light. To the south, however, do not miss the Krabi Peninsula with its beaches.

How to get there: to sail we generally depart from the island of Phuket via Bangkok

When to go: from November to March

Among the many incredible beauties of Brazil celebrated around the world, one is undoubtedly missing, Ilha Grande. Located about a hundred miles south of Rio de Janeiro, this island is the main one of the 360 that dot the bay of the same name. An ancient base for pirates who plundered Spanish galleons laden with gold, this bay is also nicknamed “The Caribe of Brazil.” The vegetation is lush to say the least, dominated by a tropical forest, even reminiscent of the Amazon (we are, after all, not that far away…). For diving enthusiasts, it is a magical place because of the many varieties of fish that reside here. In addition to the many dreamy bays, and clear beaches, among the many curiosities for boaters are the floating restaurants, such as Barco Bar and Jango’s, near a beautiful spot (in jargon, a windsurfer-friendly place) called Dentist’s Beach. You can order your food directly via the onboard VHF, or someone directly from the restaurant will come on board to take your orders. Similarly, you can eat sitting at a table on the floating platforms or receive food directly “at your doorstep.”

How to get there: from Rio de Janeiro, by plane, ferry or sailing

When to go: year-round, but it is best to avoid December through March because of rainfall

A more classic and closer destination, but not unworthy of entering this selection. The Greek archipelago between Turkey, the island of Crete to the south, the Cyclades to the west and the island of Samos to the north is a true paradise for sailors of all ages: while Rhodes is the main island, you can find an endless number of landings here. Don’t be fooled by the name, there are well over twelve islands that comprise it: from Kos to Simi, via Patmos, Arki, Leros, Kalimnos and Alimia, to name a few. Compared to the neighboring Cyclades, here the Meltemi blows predominantly from the west-northwest and is not found every day. By rnorma, however, when it arrives, it remains constant for about a week and hardly exceeds force 7. Among the must-see bays in Simi is Ay Emilianos (36° 36′ N – 27° 46′ E), well protected from the meltemi and fairy-tale-like, thanks to the monastery that gives it its name. Another little-known stop is the small fishing port of Lipsos (37° 17′ N – 26° 45′ E), with its white houses and pretty little square, where you can find numerous taverns, cafes, and restaurants. Compared to the past, we also find a good number of equipped ports in this archipelago, ensuring supplies and assistance.

Getting there: direct flights or stopping over in Athens reach the main islands

When to go: late April to early October

5 – Firth of Clyde in Scotland.

One of the finest seafaring books (albeit masquerading as a thriller) is Bjorn Larsson’s “The Celtic Circle,” which devotes splendid and exciting lines to an adventurous sail right in the Firth of Clyde. Scottish magical place par excellence, rich in remnants from the Celtic era, this long inlet, about 20 miles wide at its mouth and 50 miles deep, is home to a large number of islands: a must stop must be made by mooring at Arran, called “Scotland in miniature” for being divided into “high lands” and “low lands.” Not to be missed is Brodick Castle, a landmark of the island still inhabited by the Dukes of Hamilton. For whiskey lovers, the nearby beautiful island of Islay (called the Queen of the Hebrides) is for you: indeed, the headquarters of some of the world’s most famous single malt brands are located here. It is not the easiest of sailing, those in the Firth of Clyde, mainly because of the currents that form and can take away as much as two knots of speed from the boats. Routes should therefore always be carefully plotted, and calculating tide times becomes crucial. Ultimately, it is the ideal place for those who, in addition to sailing, like to launch themselves into the discovery of history and culture.

Getting there: land in Glasgow, there are several airlines, including low-cost airlines, that service here

When to go: from May to August